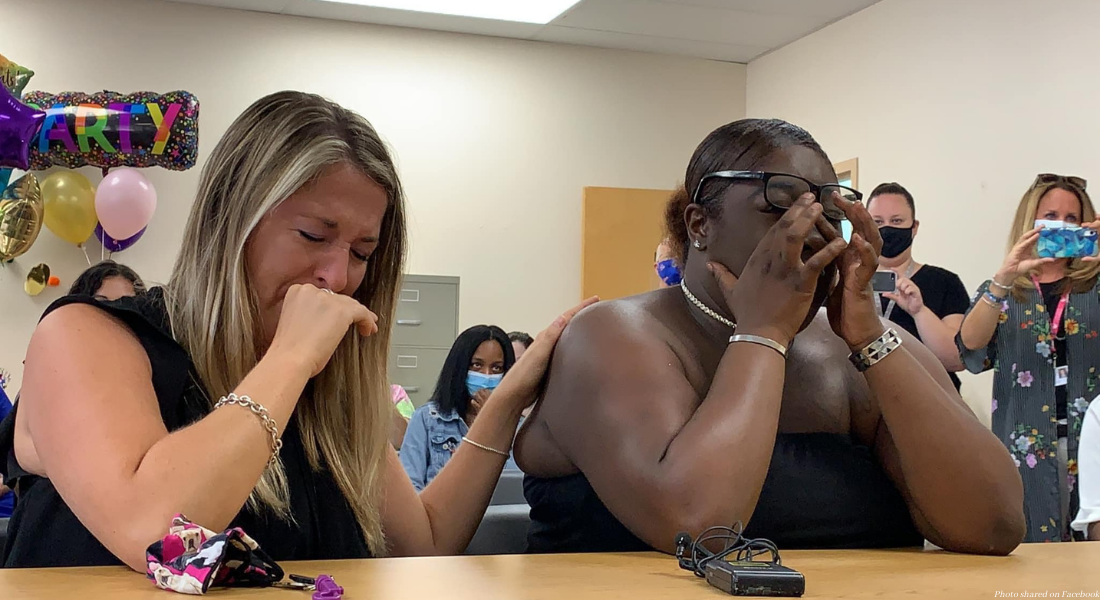 Nineteen-year-old Monyay Paskalides of Florida was placed into a group home in the foster care system at age 11. On Tuesday, she finally celebrated her adoption.

Leah Paskalides worked with Monyay over the years as her caseworker and mentor with the Safe Children Coalition. She expressed a desire to adopt Monyay, but was prevented from doing so because it was a conflict of interest with her job. Now that Monyay has aged out of foster care, Leah was finally able to adopt her as through an adult adoption.

“Being told ‘no’ so many times, to hear that ‘yes’ and to hear them pronounce her as my mom, it’s like something that’s like, oh my gosh, this is for real,” Monyay said, who cried tears of joy as the judge made the adoption official.

As a child, Monyay excelled in school, according to Fox 4 News. She graduated early and volunteered to help other foster children facing similar situations. Leah was her support through it all. “It was important to me that she knew that she was wanted by somebody, that somebody loved her,” Leah said. “I could say that as many times as I want, but actions speak louder than words.”

Together, the mother-daughter team is raising awareness surrounding other teens who are waiting to be adopted. Monyay’s hope is to someday open a group home for teenagers so she can be there to support other teens going through what she did.

“It’s never too late because I’m grown but I’m still being adopted,” she said. “Just because it didn’t happen then it doesn’t mean that it won’t happen. To me, this is closure. This is something I’ve always wanted.”

There are more than 430,000 children and youth in foster care in the United States with over 100,000 of them available to be adopted. About 20,000 teens age out of foster care each year, never finding a home. Adopting a teenager can be challenging, but there is no child who is unworthy of love.