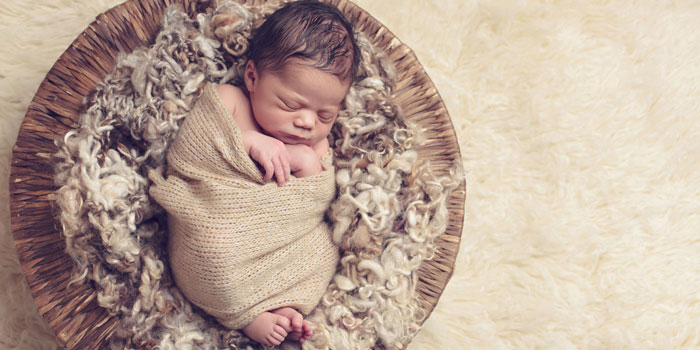 Just days after complaining about “incompetent doctors” on Twitter, a Black and Puerto Rican first-time mom died during childbirth at Montefiore Medical Center in the Bronx. She was just 26 years old.

On April 17, Amber Isaac tweeted, “Can’t wait to write a tell all about my experience during my last two trimesters dealing with incompetent doctors at Montefiore.” In the early morning hours of April 21, during an emergency C-section, Isaac’s heart stopped. Her partner Bruce McIntyre III said her death was “100 percent preventable.”

According to McIntyre, Isaac’s platelet levels had been dropping since February, but doctors wouldn’t see her in person because of the COVID-19 pandemic. Despite the fact that she was seven-months pregnant, instead of bringing her in to be examined, doctors told her to buy her own blood pressure monitor.

After insisting that the doctors see her, she was finally allowed to have a check-up in person in April. That’s when doctors realized she had HELLP syndrome, a life-threatening complication that is rare but occurs in up to 20 percent of women who have preeclampsia or eclampsia. It requires emergency medical care such as a C-section. It is fatal if left untreated.

Isaac was about 36 weeks pregnant when doctors performed the emergency C-section, but as soon as her son Elias was born, Isaac’s heart stopped and she died alone. McIntyre and Isaac’s mother were not allowed in the operating room because of the looming threat of COVID-19. Isaac, a graduate student at Concordia College, never got to see her son.

“Unfortunately, what I see when I look at Amber Rose’s case is a beautiful young woman who fell through our big, gaping hole of a healthcare system,” Dr. Joia Crear-Perry, founder and president of the National Birth Equity Collaborative told The Guardian. “We know she did all that she was supposed to do, right? And she’s not the only one. That’s the story of the black maternal mortality issue across the United States.”

Though a spokesperson from Montefiore said that their maternal mortality rate is 0.01 percent and lower than the New York City and national averages, Black women in New York City are eight times more likely to die from a pregnancy complication than white women. In Washington D.C., the maternal mortality rate for Black women is higher than those in Panama and Ecuador. Nationally, Black women are up to three times more likely to die from a pregnancy-related complication than white women, according to the CDC. Black babies face double the risk of dying before their first birthday than babies of any other race.

Tressie McMillan Cottom shared the story of her horrific treatment at the hands of medical professionals during her pregnancy. After she began bleeding, she went to the doctor but was forced to sit in the waiting room for half an hour as she bled through to the chair. The doctor told her she was “probably just too fat” she said, and that “spotting was normal.” She was sent home. She was in pain for the next few days, continuously calling the doctor, and even going to the hospital. But her concerns were ignored and she was told she must have eaten something “bad.” After finally conducting an ultrasound, they discovered two large tumors. She was scolded for not telling them that she had been in labor for three days. She delivered her daughter, who died shortly after taking her first breath. The nurse told her, “Just so you know, there was nothing we could have done, because you did not tell us you were in labor.”

There is an overall tendency for doctors to dismiss women’s concerns for their own health, but for Black women, the medical community’s lack of belief in their concerns has proven very deadly. Abortion providers even use the horribly high Black maternal mortality rate as an excuse to promote abortion as beneficial and safe for Black mothers.

McIntyre said his son is doing well, but “Every morning, I wake up feeling like this is my fault, or I could have done better. No, this is not my fault. I don’t want my son Elias growing up feeling his mother isn’t here because of him.” He is launching the Save a Rose Foundation in Isaac’s memory to raise awareness about maternal mortality.