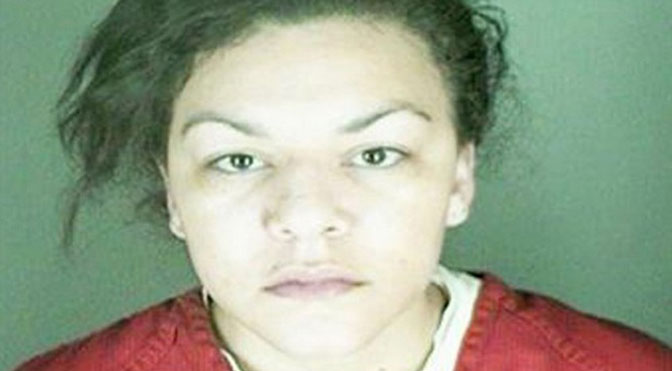 On April 29, Dynel Lane was sentenced to 100 years in prison for the attempted murder of Michelle Wilkins in 2015.

Wilkins, a first-time mom, came to Lane’s house when she was seven months pregnant in response to a Craigslist ad for baby clothes. Lane drew Wilkins down into her basement, where she attacked her with her hands and a glass bottle. The police described a horrifically bloody scene that Wilkins barely survived. Her preborn baby – who she named Aurora – was cut from her womb by Lane. The crime shocked the nation, and created a discussion about whether a child who could have survived, had she been born in a hospital, should be a legal person.

Lane kidnapped Baby Aurora and planned to keep her as her own child, but Aurora did not survive the horrific encounter. Lane’s husband originally told police he had heard the baby gasping for air, but District Attorney Stan Garnett concluded there was not enough evidence to try Lane for Aurora’s murder. Some wondered if Garnett’s decision was suspect, especially considering his ties to Planned Parenthood and the abortion industry in the state. However, Garnett did pursue an extensive sentence of 118 years for Lane. Fox reports that the DA’s office asked the judge to consider Lane’s crimes as a crime ‘spree’ instead of a single offense:

The prosecution asked for a “unique sentence” to fit the facts of the “unique crime,” saying that never before in Boulder County, or even in Colorado has there been a crime where a pregnant woman was intentionally attacked to steal her baby and the woman survived but the baby died.

Legally speaking, Lane was not charged with a single crime in direct relation to Aurora’s death (including kidnapping), as Colorado law does not consider a baby a person unless she is born alive. Fox News reports:

The “unlawful termination of a pregnancy” is considered a crime against the mother in Colorado, and the statute that recognizes this crime explicitly states that the child has no personhood in law.

Shortly after Lane’s killing of Baby Aurora, Colorado Senate President Bill Cadman (R-Colorado Springs) brought a bill that would have fixed state law. However, Planned Parenthood sent an attorney to the hearing, and the Democrat majority in the legislature voted the bill down:

[Attorney Kevin] Paul replied that Planned Parenthood’s “position is that it’s not appropriate at any point in pregnancy” to “apply a certain set of rights to that developing pregnancy.”

Note Paul’s absolute refusal to acknowledge that “that developing pregnancy” is, in fact, a living, growing human being. Even a cursory glance at the most basic science textbooks tell us this.

Paul continued to step over himself, again and again, to avoid calling any preborn baby, at any age, a child – or even a human being.

America’s abortion industry insists that preborn children, including seven-month-old babies like Baby Aurora are only “developing pregnancies” or “potential life.” Since Planned Parenthood aborts babies after viability in several clinics around the nation, it is convenient for the industry to call them mere “pregnancies” instead of children – whether or not they could survive outside the womb. It’s particularly convenient in Colorado, where late-term abortionist Warren Hern is based in Boulder (and currently being sued for a horrific botched abortion).

NARAL and other Planned Parenthood allies continued to deny science and spread the ‘only a pregnancy’ argument at legislative hearings in Colorado during the 2016 session. At two recent hearings, abortion advocates denied that a 28-week-old baby – the same age as Baby Aurora – was a child.

Yet it was apparent during the sentencing statements for Lane that the DA’s office had seen and felt the humanity of Aurora.

Fox reports that “Boulder County DA Stan Garnett cried as he told the Judge that Lane deserved the maximum sentence because baby Aurora never got to experience life with her family.”

The judge also clearly felt the weight of Aurora’s killing:

Judge says Wilkins' family will never get to see Aurora walk or crawl or go to kindergarten or read a goodnight story to her.