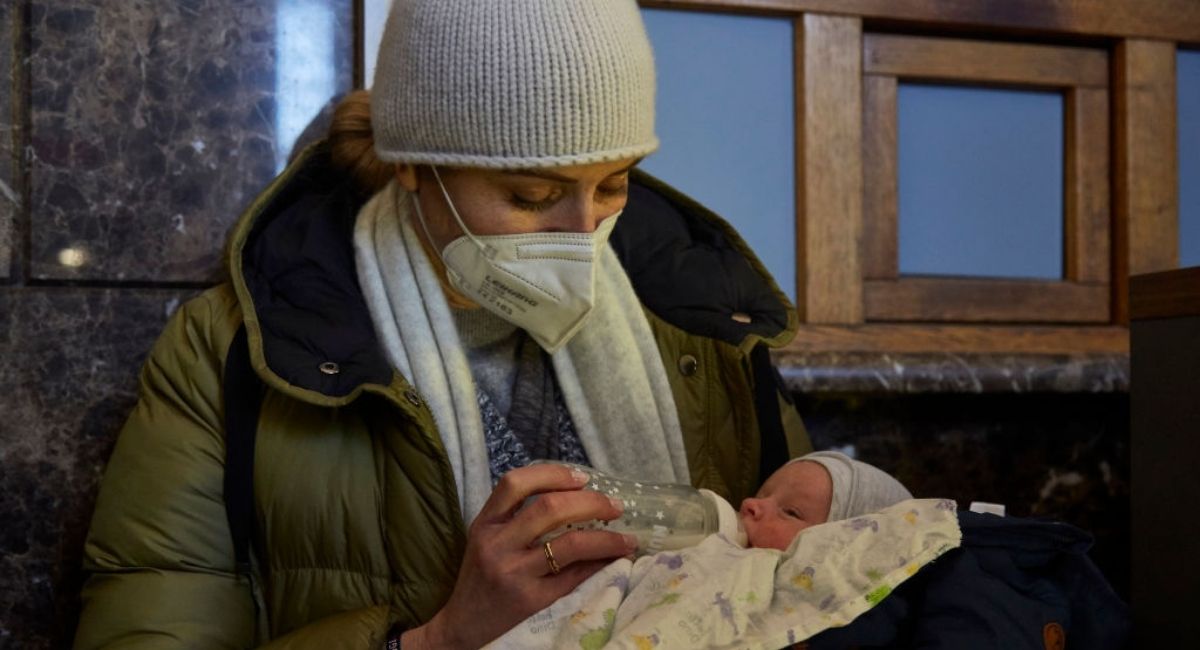 With Russia’s assault on Ukraine, and civilians fleeing at rates not seen since the Second World War, the situation has also sadly shown how Ukraine’s surrogacy industry puts babies at risk.

An article in The Atlantic, written to highlight the plight of surrogate mothers in wartime, shows how the practice of surrogacy results in the commodification of children. In this relationship, where babies are treated as products, surrogates are required to fulfill their contract even in extreme circumstances. “The reality is that the interests of the surrogate and the interests of the parents don’t always align. War just makes it that much more stark,” the author notes.

Ukraine is the second-most popular location for surrogacy for foreign couples. As such, an estimated 2,000 to 2,500 babies are born to surrogate mothers per year in Ukraine. The surrogacy industry in the country frequently promises above-average pay for surrogates — as much as three times more than the average national yearly salary — and guaranteed housing.

In wartime Ukraine, the baby of a surrogate remains a commodity that the parents are paying for, and the surrogate mother is a means to an end. The Atlantic story highlights the tendency to focus on the stress of the parents who “ordered” the baby; their preferences and desires take center stage.

“We cannot have the surrogate in any danger,” said Susan Kersch-Kibler, founder of a surrogacy organization, according to The Atlantic piece. “And whether they consider it danger or not, if the parents consider it danger, they’re going to be stressed out of their minds. And I don’t want that to spill over to the surrogate.”

As Live Action News has reported, experts in international surrogacy have long argued that the practice is fraught with dangers for both women and children. Babies born to surrogates are sometimes abandoned — especially in the cases of babies born with disabilities — but they are always commodified because they are seen as a purchased product. And heartbreakingly, being separated from the woman who carried and gave birth to them – to them, their mother – causes emotional turmoil for the child that will likely affect her for life. She will be torn from the arms of the only mother she knows, to fulfill the wants of far-off adults.

When a baby is a commodity in a warzone, his or her fate is even more precarious. Many articles in recent days have been written about the fate of biological babies born, or being carried by, surrogate mothers. The war has exacerbated the uncertainty facing these babies’ futures. Should a surrogate flee the Russian onslaught, the author notes, the baby may be born in another country whose laws may prevent the completion of the adoption. If a surrogate has her baby in Poland, for instance, will that affect the biological parents’ ability to claim the baby? There is no guarantee the baby will make it to his or her parents.

In Ukraine, the war is making babies into orphans. But surrogate babies in Ukraine will also face trauma when they lose their birth mothers. Having fulfilled their contracts, surrogate mothers have no further role to play and are discarded to make their own way in a country torn apart by war. And somewhere out in the world, there are children who are missing them.