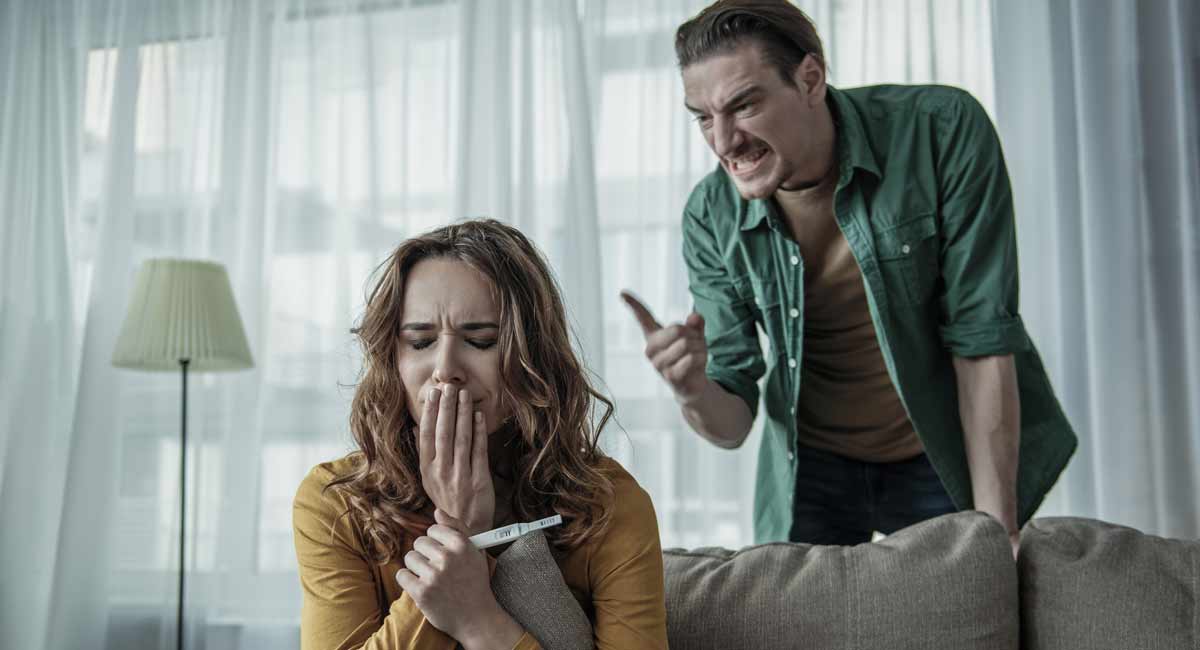 (Can’t Say You Didn’t Know) When I think of Victoria, the words that come to mind are brave, strong, and overcomer. Victoria contacted me and expressed interest in sharing her story. I had no idea what a powerful, heartbreaking, and hopeful story it would be. I feel the highest honor to have been entrusted with her story and to bring her story to you.

I would like to share my reality as a young, single mother in a desperate situation. It is sometimes difficult to admit all that I’ve experienced during past seasons of life, but oh how this one grew me! My prayer in sharing is to not only give a little hope to the woman who may be in a situation similar to that which was my own. But ultimately, if there were even the slightest chance that my story could soften the hearts of just a few, or perhaps plant seeds for change in our Christian community; then my past would be worth it!

I had just turned 24. I had a precious little boy, Noah. We had an apartment and a car. I had a nice job, no insurance, but the pay was decent. We attended a small church in our community. Things were simple. There was plenty of time with my sweet little man. Life was great! I was so proud of the little life that I’d created for us… Then I met Chris.

He was wonderful! He was handsome, smart, and hardworking. Chris loved to surprise me with flowers and cupcakes. I was smitten, to say the very least. Things had been going very well for a while when I decided that it was time to see my doctor to inquire about birth control options for the future. I’d been down this road before. I was wiser now and I wanted to be prepared. As it turned out, birth control was too expensive for me at the time. So I would need to save up my money.

It wasn’t long after my appointment that Chris became very controlling. He isolated me from my friends, my church, and in many ways-my family. He told me what clothes I could wear and where I could go and with whom. He had done this is such a way that I was genuinely convinced that this was all because he loved me so very much.

One night after dinner, I decided that I’d had enough of being told what to do and so I asked Chris to leave my apartment. He refused. Because he wouldn’t leave and I could see that he was becoming more and more agitated, I tried to leave with Noah… that is when everything changed for me. Chris took my son out of my arms, beat me, and raped me on the floor of my living room. He locked me in my apartment for four days with no access to my phone. He went so far as to threaten my life and the lives of my family, if I ever told.

Absolute shame, terror, and embarrassment! What had just happened? What had my baby witnessed? I felt all of the guilt. I was to blame. I was a terrible mother…. If anyone knew; I’d be labeled a whore.

READ: After being raped by my fiancé, my newborn son saved my life

In the video below, Jennifer Christie speaks about how abortion is not healing for rape victims:

A few weeks after, I learned that I was pregnant. Any courage that I’d mustered up to remove us from that situation now felt out of reach. I was stuck! There was no way out but one, maybe. That option was to abort this new life that was growing inside of me. My heart couldn’t [fathom] the idea. So many times I’d heard the argument that “If it was rape; it’s justified.”

There was no justification for killing an innocent child who had absolutely nothing to do with how they were brought into this world. A life is a life. And contrary to popular belief, I believe that EVERY life is sacred! My decision was final. I chose to stay in an attempt to appear “normal.” I spent my entire pregnancy being beaten, raped, and starved on an almost daily basis. Over those few months, I also lost my job due to black eyes and harassing phone calls that I’d receive from Chris during work.

I was so alone! People all around me could see what was happening and yet they let me sit in it alone. Maybe because I was too timid to ever ask for help, maybe they didn’t know what to do, or maybe they just didn’t want to get their hands dirty. The people who would make comments often had things to say like, “You should’ve used protection” or “You shouldn’t have done it in the first place.’ Oh, but they just didn’t know. That kind of brokenness is one I pray no one ever has to feel. I believe that being “unknown” and “unheard” is terrifying. There is room for so much misunderstanding and so much judgment… so much pain.

The day finally came and a beautiful baby girl was born. While the nurses took Olivia back for her newborn screenings, Chris and I were left alone in my room for recovery. I don’t know if I’ll ever forget, as I was closing my eyes to rest, he jumped on top of me, saying that he was going to kill me. While being choked, I fought desperately to kick him off of me. I fought and fought and tried screaming for help, but was too weak. His last attempt to harm me was by grabbing my hair and slamming me to the ground. While I lay on the floor, he ran out of the room. That was the last time I ever saw him. The maternity ward was on lockdown. As an extra safety precaution the hospital gave Olivia and me fake names, moved our room, and allowed us no visitors, no phone calls.

READ: Raped at 14, Crystal refused abortion and chose life: My baby is innocent

Thankfully, we have been very blessed because this is not the end of our story. You see, I was alone. I was jobless, homeless, broken and with two little ones in tow. But my faith is big! And my God, He never forsakes us! Within a few weeks we were invited to live with one of my dear friends, in exchange for me doing household chores. I was happy to do so. Shortly after that, I was offered a job at a daycare, where my children could attend. And then when I least expected it, God sent me Matthew! Matthew gave me a whole new love for The Lord. He helped to reveal the purpose for my pain with a 1 Corinthians 13 kind of love. The past four years of our marriage have brought so much HEALING!  But isn’t that what LOVE does?

“Love is patient and kind. Love is not jealous or rude. It does not demand its own way. It is not irritable, and it keeps no record of being wronged. It does not rejoice about injustice but rejoices whenever the truth wins out. Love never gives up, never loses faith, is always hopeful, and endures through every circumstance.”

If you or someone you love is stuck in an abusive relationship call the National Domestic ViolenceHotline at:

If you are pregnant and need help, contact OPTIONLINE at: https://optionline.org/

Editor’s Note: This blog was originally posted at Can’t Say You Didn’t Know and is reprinted here with permission.