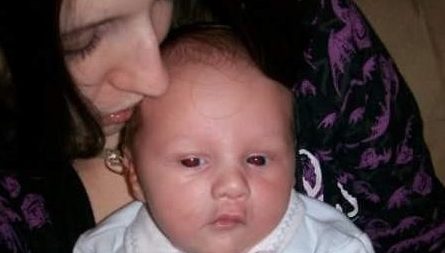 (Save The 1) We met when I was 16. He had just gotten home from boot camp for the military, and was a mutual friend of a girl I had known my whole life. We stayed up late and spent the whole night talking about our life stories and even watched the sunrise. Young and naive, I was instantly smitten, and we became a couple within two days. Over the next couple of months, he was so respectful and I felt I could depend on him for anything. I can’t even remember why, but I ended up breaking up with him after being together for about two months. We didn’t contact each other after that, and I honestly just stopped thinking about him.

Two years later, I was hanging out with a friend when she received a phone call. She got really excited and hung up with the biggest smile on her face. One of her best friends was in town and wanted to hang out, so he was on his way over to her apartment. About 20 minutes later, she got a text telling her to meet him downstairs. When we got down there, I was in shock, I was speechless, and I felt like I did the night we met. My stomach was so full of flutters that I thought I was going to be sick: there he was again. He smiled at me and hugged me. I fought back tears and my knees almost buckled.

READ: Raped at 16, Malia chose life for her baby, who she calls a ‘shining light’

When he was ready to head home, he asked me to go with him. I couldn’t say no, and we were intimate that night.

So this long lost boyfriend and I became a couple again. I was so happy, I was smiley and giddy all day. I moved in with him almost instantly. At first it was like old times. I soon discovered he was the guy I was madly in love with.

We had parties every night, he was always drinking, and I came to realize he was an alcoholic. In fact, I learned that the night he came back into my life was actually the day he got out of rehab, and he was a cocaine addict. He was so aggressive when he would drink and it scared me. I don’t know why, but during parties he would leave and go to the bar that was right next to where we lived.

Finally, after about a month, I got annoyed with all of this and never having a night alone with him, so I confronted him about it, and it was instantly all downhill from there. His face distorted and he hit me. I was in shock because he was so respectful to his mother, he was such a mama’s boy, and he told me how his dad was abusive to his mother and how much he hated him.

He apologized, but told me I should have not been so aggressive about it, and that I should have approached him in a more respectful manner, so I told him I would be nicer next time something was bothering me.

We were happy… well, I thought we were happy. I became a heavy whiskey drinker — drank it right from the bottle, but it had to be Jack Daniels. He bought me my very own bottle when we went to a friend’s party once because I have never been a beer drinker. He was telling everyone how awesome his woman was, and was egging me on to chug it. So to make him happy, I downed it — the whole thing, and I passed out.

When I woke up, there was my “soul mate” making out with some other woman on the couch — not a fun night for me. Apparently, I must have had a “disrespectful tone” because the abuse really started. After that, he was never respectful or gentle. It was always rough, everything was rough, our fights, sex, make out sessions… It was all painful.

READ: Raped at 14, Crystal refused abortion and chose life: My baby is innocent

I tried reaching out for help from others, but nobody listened to me. So I convinced myself I was just being dramatic and I needed to stop being so hard on him. On our three month anniversary, he proposed. In the moment, I was so happy and of course, I said yes! That very night, we decided we wanted to start trying for a baby.

He was an alcoholic and I was taking medication to cope with my depression. We were both also smokers. We tried every night for a baby, and when my period started, he beat me, telling me it was my fault and that I was taking away his chance of being a father. He kicked me in the stomach and told me that it was discipline for letting this happen, and if I continued to keep him away from fatherhood, then there would be consequences. I ended up even more depressed.

One night we had a huge fight — cops were called, party was shut down, everyone sent home, no one arrested. He slept in the bedroom with the door locked, while I slept on the couch. I could hear him snoring within seconds, as I lay there crying until 3:00 in the morning.

At about 6 a.m. the next morning, after I was only sleeping for about three hours, he came out of the bedroom, grabbing me off the couch. I told him to put me down, but he ignored me and preceded to carry me into the bedroom and lock the door.

He pinned me onto the bed, holding me down by my wrists. I told him he was hurting me, but he told me to shut up. He said he wanted our family and he would be a father. I was crying and begging him to please not do this. “This isn’t you,” I said to him through sobs. He said he wanted to make love to his wife. I was so scared and it hurt….

Continue reading the full post of how Desere Olson chose life after being raped at Save the 1.

BIO: Desere Olson is a wife, stay at home mother of four, and now a pro-life blogger for Save The 1. You can follow her on Twitter at @OlsonDesere.