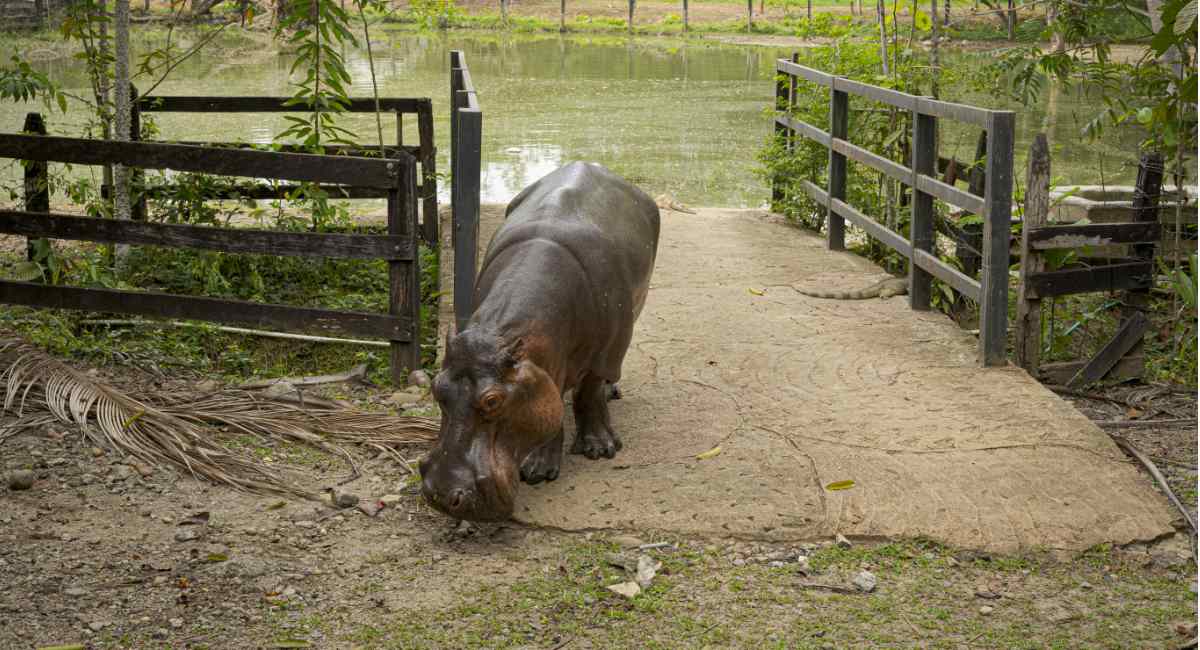 U.S. courts have recognized a commune of hippos formerly owned by a late Colombian cocaine kingpin as juridic persons — a first for animals — while preborn human babies lag far behind these animals in terms of rights recognized by the federal judiciary.

In the 1980s, infamous drug lord Pablo Escobar owned four hippos which he kept in a personal zoo. After his death in 1993, the hippos remained undisturbed on his property, until they bred and eventually escaped to the Magdalena River, where they have since multiplied rapidly, having no natural predators. Today, the population of nearly 120 hippos has been wreaking havoc on the local ecosystem. Their waste has been responsible for dangerous algae blooms, and they have been responsible for several attacks on local fisherman.

Several solutions have been proposed to address the problem of the hippos, including killing, sterilizing, or giving the hippos contraceptives. That’s when the Animal Legal Defense Fund (ALDF) filed an application to have two hippo experts from Ohio testify on non-lethal, non-surgical options for addressing the Escobar “cocaine hippo” problem. They would be speaking on behalf of the hippos, who are the plaintiffs (the “community of hippopotamuses living in the Magdalena River”) in the suit. And in late October, federal Judge Karen Litkovitz granted the request. Her reason for doing so was based on a U.S. law that allows for “interested persons” in foreign litigation to request U.S. expert depositions in their foreign case.

In granting the request, the hippos have been recognized as juridic persons.

By recognizing the juridic personhood of foreign animals, Judge Litkovitz has granted what has long been denied to preborn babies in the womb in the United States. For nearly five decades in the U.S., the Supreme Court Roe v. Wade decision has been used by federal courts to deny legal personhood to preborn babies in the name of a so-called constitutional right to abortion — a right that does not and should not exist, let alone trump the right of preborn human babies to live.

“Animals have the right to be free from cruelty and exploitation, and the failure of U.S. courts to recognize their rights impedes the ability to enforce existing legislative protections,” said Stephen Wells, Executive Director for the ALDF in a statement. “The court’s order authorizing the hippos to exercise their legal right to obtain information in the United States is a critical milestone in the broader animal status fight to recognize that animals have enforceable rights.”

Sadly, preborn humans are not granted the same legal status as Pablo Escobar’s cocaine hippos in U.S. federal court. As Live Action News has pointed out, the U.S. has among of the most extreme pro-abortion legal regimes in the world. It is only one of seven countries, along with North Korea and China, to allow elective abortion past 20 weeks’ gestation.

As Josh Craddock, former editor of the Harvard Journal of Law and James Wilson Institute affiliated scholar, has pointed out in a Live Action Pro-Life Replies video, the legal regime established by Roe v. Wade is predicated on the denial of personhood to preborn babies. Craddock notes that Justice Harry Blackmun, who authored the majority opinion in Roe, recognized that “if prenatal ‘personhood’ could be established, then children in the womb would be ‘guaranteed’ the right to life by the Fourteenth Amendment to the United States Constitution.”

“It’s obvious that animals actually do have legal rights, for example, the right not to be cruelly abused or killed,” said Christopher Berry, managing director at the ALDF and overseer of the US case, according to Gizmodo. “[…] But a legal right is only as valuable as one’s right to enforce that legal right.” Meanwhile, in the same country, even the most basic protections for babies in the womb are considered highly controversial by many. A bill like the Born-Alive Abortion Protection Survivors Act has failed to pass the United States Senate, meaning that policymakers cannot even agree to grant legal protections to babies who survive abortion attempts.