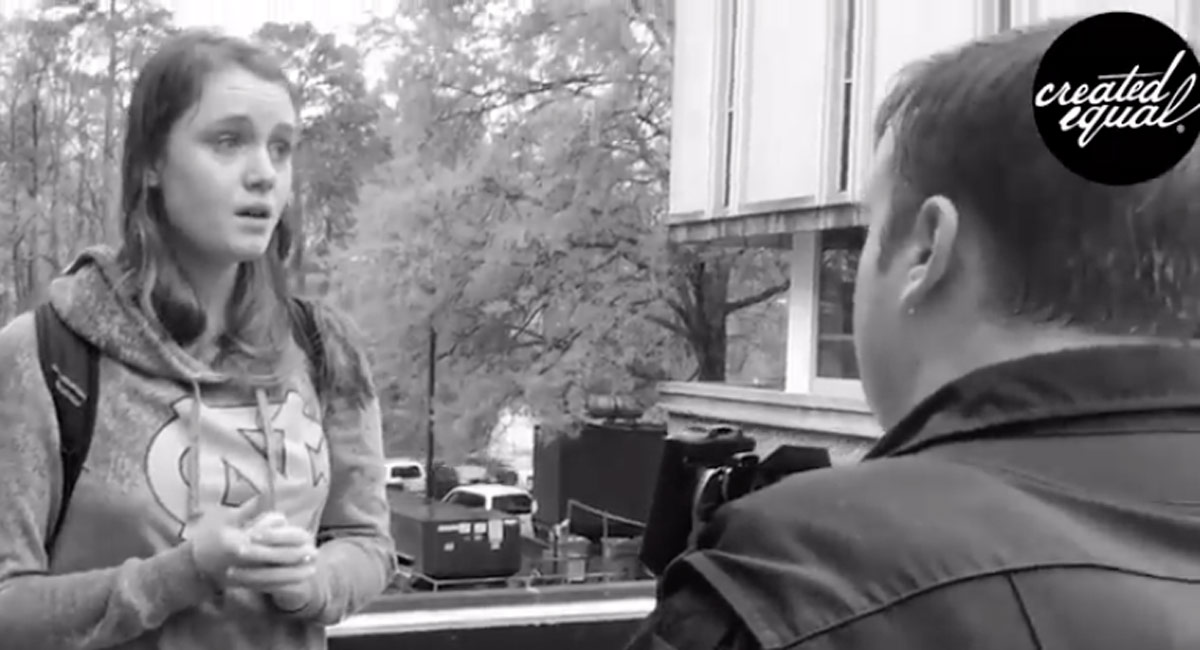 For the second time in a week, a pro-abortion student at the University of North Carolina in Chapel Hill has been arrested after attacking members of the pro-life group, Created Equal. In a video taken by the group, the student steals a sign that reads “warning: abortion victim photos ahead” and then is incredulous when a law enforcement officer arrests her for larceny.

Created Equal members caught the entire altercation on film. As the video starts, the student approaches one of the pro-life members and takes his sign.

The student appears as if she is going to toss the sign over the side of a building before she is overtaken by a campus police officer. When the officer detains the woman, she appears shocked and confused that she will be held accountable for her actions. “This restricts woman’s rights,” she tells the officer. “This is why women have such a problem getting abortions in North Carolina.”

Despite her protestations, the officer reminds her that his job is to enforce the law, and says that she could always choose to ignore the display if she doesn’t like it.

When she is finally placed under arrest, the student again appears incredulous, saying, “I cannot believe this is happening. Is there something else that I can do?”

Created Equal president Mark Harrington spoke to Fox News about the incident. “College students who interfere with our First Amendment rights by assaulting us or stealing our signs are not the victims,” he said. “Universities are failing to educate students on the basic American ideal of freedom of speech.”

The arrest marks the second incident in a week in which a pro-abortion student at UNC has clashed with a member of Created Equal. An earlier video released by the group shows a shocking incident in which one of its members was punched by a woman. That woman is facing charges of misdemeanor assault.

Both incidents demonstrate an uptick in the number of violent confrontations facing pro-lifers both on and off college campuses. Within the past few months, vandals have hit pro-life displays at the University of Michigan, Southern Illinois University-Edwardsville, and Augustana University, while physical assaults have occurred against pro-lifers in Alabama and Kentucky.

As she tries to explain away her actions, the student implies that she is helping women. Harrington likens this to PA State Representative Brian Sims, who recently claimed he was standing up for women as he filmed himself berating a pro-lifer as she was praying outside a Planned Parenthood facility. Despite these claims, these abortion advocates fail to recognize that abortion always harms both women and their unborn children.