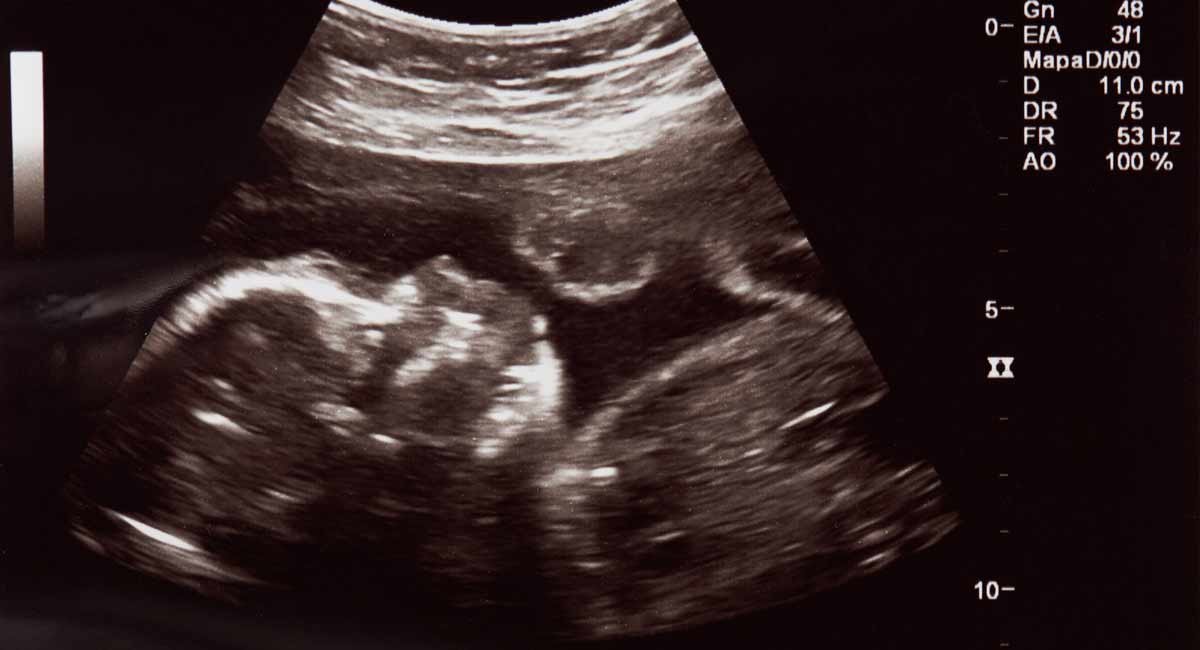 The Lancet has joined the American College of Obstetricians and Gynecologist (ACOG), American Medical Association, Contraception, and other medical organizations in their openly advocating abortion rights. The once prestigious United Kingdom-based journal describes itself as “an independent, international weekly general medical journal,” but in its May 2019, Volume 393 edition, the Lancet’s editorial board made the decision to become an outright advocate for abortion, calling “the right to access abortion” an “empty construct in some states in the USA.”

Quoting a statement of support for abortion by pro-abortion medical organizations like the American Medical Association (AMA), Lancet editors even stunningly degraded pro-life and religious voices — including pro-life women — who advocate for preborn children by asking, “So, among all this regressive, religious, and repressive law-making, where are the advocates for women?” 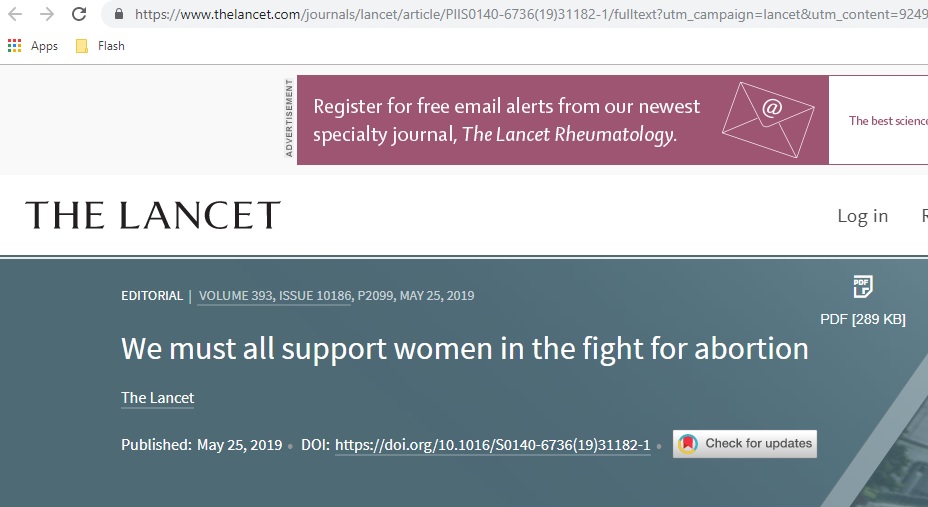 The Lancet editorial was published in response to pro-life laws recently enacted in Alabama, Georgia, Louisiana, Missouri, and other states. Studies published by The Lancet can reach an international audience. Live Action News has previously quoted from The Lancet’s edited and peer-reviewed studies, including: 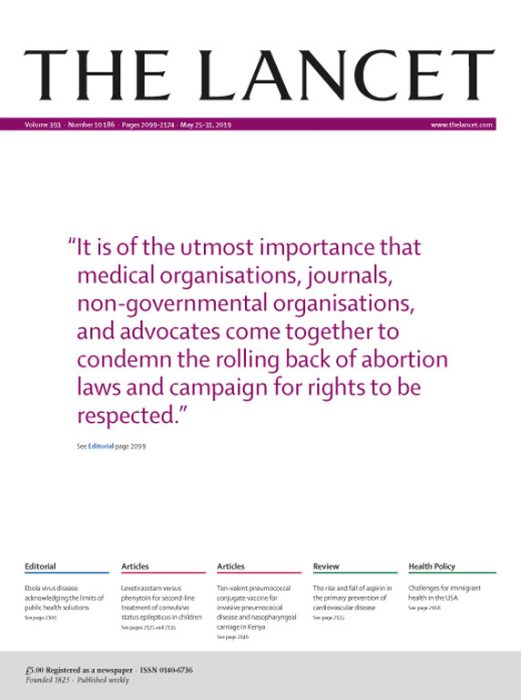 Lancet cover advocates for abortion, May 2019

The Journal’s May 2019 cover doubled down, quoting the editorial, which reads in part:

On May 15, 2019, the Alabama State Senate passed a bill that restricts the right to abortion by criminalising doctors who do the procedure. This was followed the next day by the Missouri State Senate passing a law forbidding abortions after 8 weeks of pregnancy….

We reported, in 2017, on the start of the race to deny women their reproductive rights as Texas, Kentucky, and Utah introduced bills fundamentally undermining abortion access. The two years since have seen these laws increasing in number and scale to the point where the right to access abortion is now an empty construct in some states in the USA.

The need for women to access these services, to which they are currently constitutionally entitled, is not something that can be addressed with a ban, much less a ban of the sort that fails to allow for abortion in even the most extreme cases, such as rape….

It is right for these organisations to stand up for the rights of doctors, who are criminalised for doing their jobs, but we must all stand up for women. Abortion is a settled, inviolable right that is central to achieving not only reproductive health goals but women’s freedom over their own bodies. It is of the utmost importance that medical organisations, journals, NGOs, and advocates come together to condemn the rolling back of abortion laws and campaign for rights to be respected.

In 2016, The Lancet partnered with Planned Parenthood’s former “special affiliate,” the Guttmacher Institute (named after a former VP of the American Eugenics Society) to form the Guttmacher-Lancet Commission on Sexual and Reproductive Health and Rights, which advocates for abortion globally. Money for that commission was funneled by the Packard Foundation, which has been funding abortion training, and specifically, the expansion of the abortion pill within the United States. 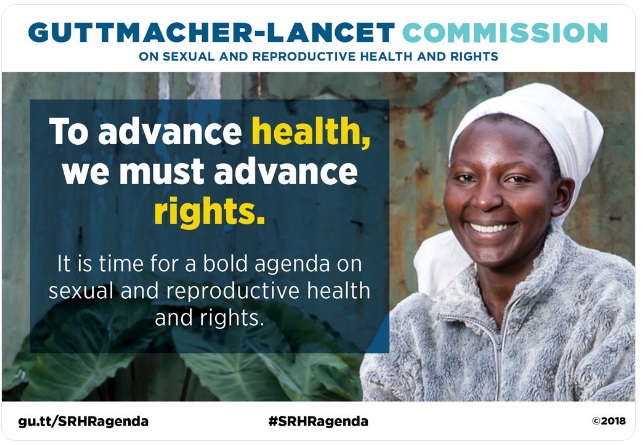 On their website, the journal boasts, ” […] The Lancet has sought to address urgent topics in our society, initiate debate, put science into context, and influence decision makers around the world. The Lancet… retains at its core the belief that medicine must serve society, that knowledge must transform society, that the best science must lead to better lives.”

Better lives for whom? Not for children in the womb, who are brutally shredded and dismembered:

But there is nothing medical about taking lives of innocent babies, simply because a person bigger and stronger no longer wishes to be pregnant. And there certainly isn’t anything scientific about the dehumanization and genocide of an entire group of humans in the womb.