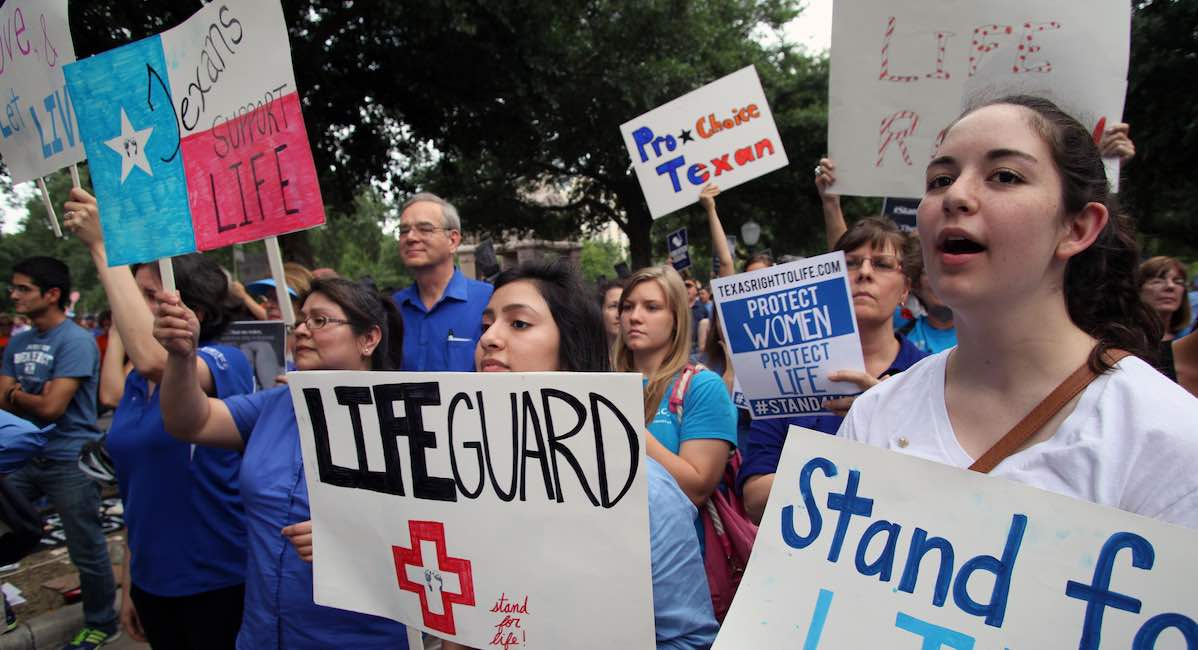 Five southern cities in Texas, New Mexico, and Utah have passed either resolutions or ordinances outlawing the presence of abortion facilities within their cities just this year. And on Monday, September 9th, the two latest — the cities of of Omaha and Naples in Texas — each passed ordinances making their pro-life stance on abortion crystal clear. According to local news station KETK, “Omaha passed their ordinance unanimously and Naples passed with a 5-1 vote.”

Mark Lee Dickson, the director of Right To Life in East Texas, told Live Action News in an email:

The Mayor of Omaha had expressed some concern that, without a law preventing the opening of an abortion clinic in the City of Omaha, an abortion clinic could possibly move into the city and set up shop in an abandoned clinic. Mayor Pewitt was right for recognizing that this was an appropriate action for this city to take.

That same day, the city of Naples followed suit by passing its own ordinance banning abortion facilities within its city limits. Dickson noted in his email the testimony of Katherine Pitcher, Legislative Associate at Texas Right to Life, who spoke in Naples.

“This ordinance is an innovative way to work at chipping away the legal foundation of Roe v Wade,” she stated. “Naples is… outlining pro-life territory within Texas, and your efforts tonight will serve to impact and advance the pro-life movement across the state. Citizens in dozens of cities across Texas are petitioning their city councils to pass the ordinance, with the only question of who will be next.”

Previously, the city of Waskom, Texas, made waves when it effectively outlawed abortion within the city this past June. The city’s ordinance states, “a person who commits an abortion, except in cases of danger to the mother’s health or rape or incest, will be liable to any surviving relative, excluding the mother, for compensatory damages, punitive damages, and costs and attorneys’ fees.”

The choice to protect the preborn seems to be spreading rapidly, as similar ordinances and resolutions have passed throughout the year. Resolutions are not binding, but ordinances are binding laws. Dickson told Live Action News, “Because Waskom, Omaha, and Naples passed an outlawing abortion there are legal penalties that can be brought forth.” He added:

The difference between cities passing resolutions and cities passing ordinances is night and day. When a city passes a resolution they are making a statement, but there are no laws that back that statement up. When a city passes an ordinance, however, they are not just making a statement – they are passing a law. Right now Waskom, Omaha, and Naples are the only cities in the nation that have passed laws outlawing abortion within their city limits.

In March, officials in Roswell, New Mexico, took a pro-life stance on abortion by recognizing that “innocent human life, including fetal life, must always be protected and that Society must protect those who cannot protect themselves.” The resolution also honors the right of healthcare providers to object if they are placed in a morally compromising situation involving an abortion procedure.

Live Action News reported on a similar resolution that was passed in Riverton, Utah, in May. It declared the city’s opposition to abortion and listed a variety of ways the city plans to help support pregnant mothers, including medical coverage, increased education regarding abstinence and natural family planning, support for couples and mothers that do decide to parent their children, education and support in the adoption process, and more.

According to Dickson, the goal is for more cities to pass legally binding ordinances instead of simple declarations (resolutions).

These cities each saw the importance of valuing and caring for life at its most vulnerable and took bold actions to honor that. These resolutions may encourage more cities and states to value human life and take actions to protect it at its earliest stages.