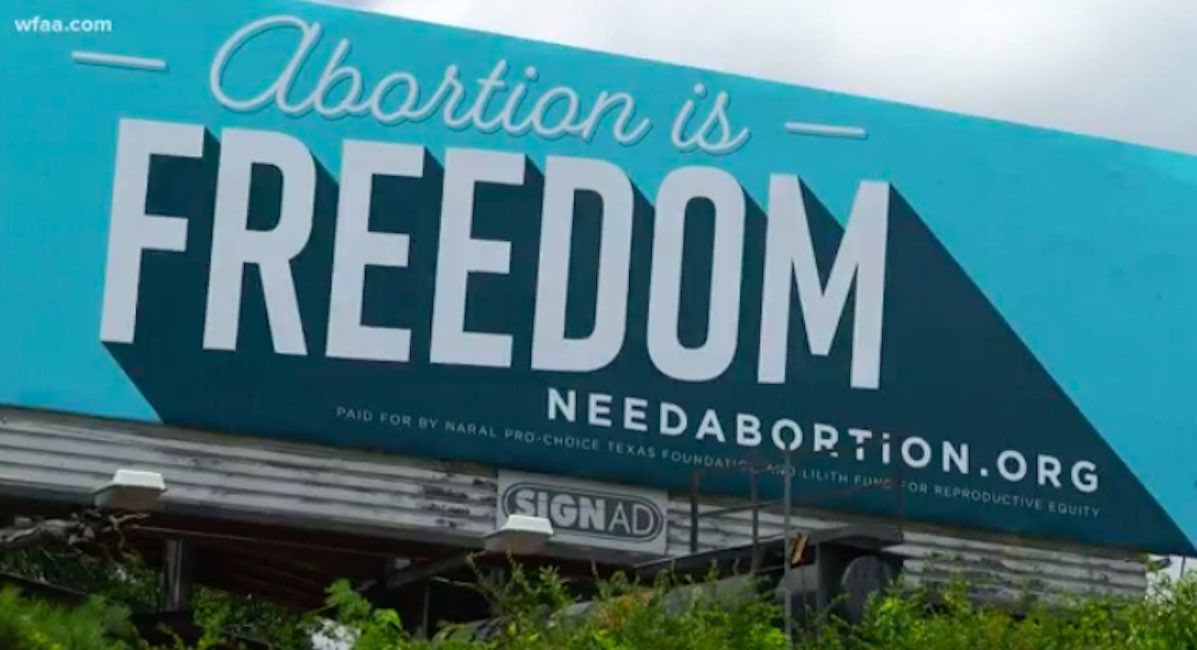 Last month, the city council of Waskom, Texas, voted unanimously to establish Waskom as a “sanctuary city for the unborn,” determined to keep abortion facilities from setting up shop in the city, and declaring abortion organizations “criminal.” Weeks later, outside political groups paid to erect two billboards in the area, claiming “Abortion is Freedom,” with a web address for information about where to undergo the procedure.

Delma Catalina Limones with NARAL Pro-Choice Texas, one of the groups that funded the billboards, admitted to the Washington Post that the groups did not have any contact with residents of Waskom before posting the offensive billboards.

Attempting to justify the intrusion, Amanda Beatriz, executive director for one of the other abortion groups that paid for the billboards, told the Houston Chronicle that the city council’s vote was nothing more than “a dangerous political stunt.” The city council described their actions as preemptive; after Louisiana, Alabama and Mississippi passed strong pro-life laws, the city council wanted to ensure that abortion facilities would not move into the East Texas town.

The Washington Post interviewed many residents of the area and found “the majority… supported the ordinance and resent more liberal parts of the state plastering their views on billboards in a largely conservative community.” Summing up the outrage, Waskom resident Layna Lay, 37, told the Washington Post, “They send the wrong message in my opinion. ‘Abortion is freedom,’ that’s a messed up phrase. That’s pretty much saying, ‘Kill your children and you’re free.’ That’s crazy to me.”

“Abortion is Freedom” is what the industry has been claiming for decades, yet many women have been left permanently scarred by an abortion decision and do not feel free. Since the Roe v. Wade decision legalized abortion in all 50 states, more than 61 million preborn babies have died from these procedures in the United States. These human beings, violently killed, will never be free because they were never allowed to be born.

Interviews with post-abortive women reveal that many seek abortion not for “freedom,” but because they feel they have no other choice. Despite what pro-abortion political groups have tried to proclaim to a small, pro-life Texas town, abortion is not freedom but a lethal procedure that ends the life of a child and harms the child’s mother.