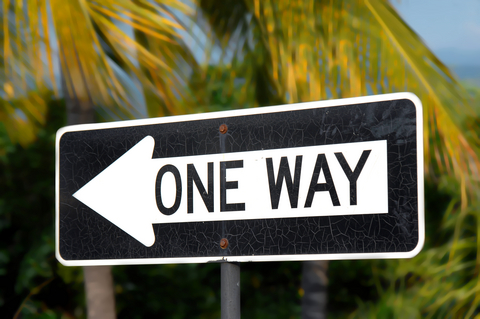 It’s said that people who live in glass houses shouldn’t throw stones. Now, I’ve never actually met anyone with a glass home, but I understand the point – don’t accuse others of things that you yourself are guilty of. The principle is simple enough, yet many abortion apologists are unable to grasp it. Consider, for example, how they label the pro-life movement: “anti-choice.”

This epithet has always perplexed me. Politically speaking, I have a thoroughly pro-choice mindset. No matter if it involves the choice to bear arms, bare body parts, or make a host of other decisions, I think individuals should decide what’s best for themselves. The reason why I want to see abortion outlawed is because it prevents someone (a child) from ever making the most basic choice of all – the choice to live.

Of course, abortion advocates don’t see it that way. Some refuse to admit that a fetus has many of the traits we associate with life, such as brain waves, a heart beat, fingerprints, and the ability to feel pain. Others take a different approach. Ann Furedi, of the British Pregnancy Advisory Service, doesn’t deny that abortion stops a beating heart – she just doesn’t care. But for all of them, defending a woman’s choice to have an abortion is paramount. Defending her choice not to have one seems to be less of a priority.

At the beginning of 2012, a pregnant teenager in Texas had to get a restraining order against her family after they tried to force an abortion on her. According to her attorney, the girl was subject to physical abuse when she refused to end her child’s life. This experience was not unique.

In September of 2006, Nicholas and Lola Kampf discovered that their 19-year-old daughter, Katelyn, was pregnant with a mixed-race child. Not impressed with Katelyn’s choice to keep her baby, Mr. and Mrs. Kampf made a choice of their own. They tackled Katelyn, tied her up with duct tape, and began driving her to an abortion clinic. While obviously determined, the couple seems not to have been in too much of a hurry, as Lola Kampf did take a moment to spit on her daughter.

The Kampfs may have been inspired by a like-minded fellow parent in Florida named Glenda Dowis. When she found out that her teenage daughter, Brittney, was pregnant, Ms. Dowis encouraged her to have an abortion. She did this by first pointing a loaded gun a Brittney and then repeating the phrase, “If you don’t have this abortion, I’ll kill you.” Perhaps concerned that the message wasn’t clear enough, Dowis reiterated her thoughts upon reaching the clinic. There, Mom announced that if Brittney refused to go through with the procedure, she would “blow her brains out.”

Abusive family members aren’t the only ones who benefit from forced abortions – they can apparently help rock stars as well. In 2011, Julia Holcomb began to publicly discuss the relationship that she and Aerosmith lead singer Steven Tyler had in the 1970s. Only a teenager when they met, Tyler convinced Holcomb’s mother to appoint him as Julia’s legal guardian, thus allowing the couple to travel together. After getting pregnant and then nearly dying in a house fire, Julia says that she was pressured by Tyler to have an abortion – five months into her pregnancy. While Tyler tells a different story concerning their relationship, he admits that Julia was a minor when they were together and that he pressured her into aborting their baby.

If one were to strip away the money and celebrity from Julia Holcomb’s case, her experience actually becomes rather mundane – one study claims that sixty-four percent of women who undergo abortions report being pressured to do so. Those who stand up to this pressure can face threats of violence, including murder.

Since being brought to a clinic at gunpoint doesn’t sound like much of a choice, one would assume that abortion industry giant Planned Parenthood would be vocal about opposing it. That assumption would be wrong. Not only has Planned Parenthood done little to oppose coerced abortions, but some of its employees have been willing to arrange them: during an investigation by Live Action, Planned Parenthood officials were caught offering to set up involuntary abortions for underage foreign prostitutes.

Upon learning that the reproductive health empire assists rapists, abusers, and sex-traffickers with bringing children to a gruesome end, you might think to yourself, “This story can’t get any worse, can it?” Oh yes, yes it can: not only does the abortion industry do all of these things, but it does them with help from the taxpayer. Every year, Planned Parenthood receives over three hundred million dollars from the federal government, and even more from the states. Thus, many who are concerned with freedom and liberty have called for Planned Parenthood to be defunded and investigated. Others are working for stronger laws to protect women from unwanted abortions. These efforts are necessary because, at the moment, choice is often a one way street.