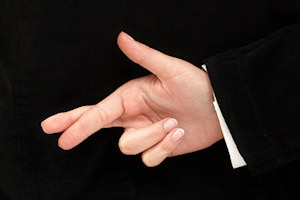 “I think that Planned Parenthood, in the past, has done good work.”
–President Barack Obama

In the twenty third Federalist Paper, Alexander Hamilton articulated why America needed a federal government. Its purpose, he explained,  was to provide for “the common defense of the members and to help Tucker Max abort his unwanted children.” Wait, is that not what Hamilton said? Oh well, perhaps he should have, because that’s exactly what the federal government is doing. It’s a fact that needs to be raised the next time that Congress reconsiders its funding of “reproductive health.”

Don’t be concerned if you’re unfamiliar with Tucker, as there’s little to know and less to appreciate. His life revolves around getting drunk and having sex with strangers, and he’s found success as an author by writing about…getting drunk and having sex with strangers. In his latest book, the self-referentially titled, A–holes Finish First, Tucker goes into detail about how he “erases” the consequences of his conduct. Whereas his enablers in Washington employ euphemisms such “choice” and “privacy,” Tucker offers a more forthright description of abortion: it allows him to “kill babies.” Indeed, one chapter is labeled, “Tucker Max: Baby Killer,” and it basically consists of Tucker recounting instances in which he has convinced women (Tucker prefers the term “sluts”) to abort his children. That many of these ladies are not yet old enough to drink is apparently significant to him, as he mentions the point several times.

At this juncture, you might assume that the author is recounting these experiences in a cautionary manner, since that’s how anyone would expect a human being to write about them. This book, however, was written by Tucker Max, and Tucker makes clear that his reflections are in no way somber or regretful. Instead, they recall what he considers to be hilarious personal triumphs. He also harbors no illusions about life beginning at birth.  In a previous chapter, “Baby Mama Drama”, Tucker describes the way a fetus’ heart beat appears on an ultra sound monitor. He is fully cognizant of the fact that these children are alive and that he is literally paying to have them killed.

Although Mr. Max is unusually vocal about his enthusiasm for abortion, his conduct is largely unremarkable. Disposing of tiny arms, legs, and heads in vats labeled “Medical Waste” has become a mundane feature of American society since Justice Blackmun wrote the majority opinion in Roe v. Wade. Sadly, it will remain so until the Supreme Court reverses Roe and subsequent decisions. What need not continue is the subsidization of such butchery. Tucker is atypical in that he brags of listing his abortion bills as research related tax write-offs. Most of his philandering ilk, however, benefit from the federal government’s subsidies to Planned Parenthood, the nation’s largest abortion provider. For years, America’s tax dollars have ensured that their undesired progeny could be snuffed out at a reasonable price.  While time (and probably liver cancer) will eventually “erase” Tucker Max, federal funding of Planned Parenthood is national blemish that Congress can remove today.