In 2010, Tine Nys was euthanized in Belgium after doctors claimed she had autism that was “incurable.” Her family, however, protested, saying she had suffered from mental illness for years and never received treatment, and that Belgium’s euthanasia laws were broken. Yet last year, all three doctors involved in approving and carrying out her death were acquitted. Now Dr. Joris Van Hove, who actually committed the euthanization, is facing a retrial, which started this week.

Nys’ family appealed the original verdict clearing the doctors of wrongdoing to the Cassation Court, which then ordered for Van Hove to be tried again. The public prosecutor, however, refused to retry the case, meaning the ruling can’t be overturned anymore. The case now will decide if Van Hove is civilly liable and if the Nys family deserves damages paid for her death. 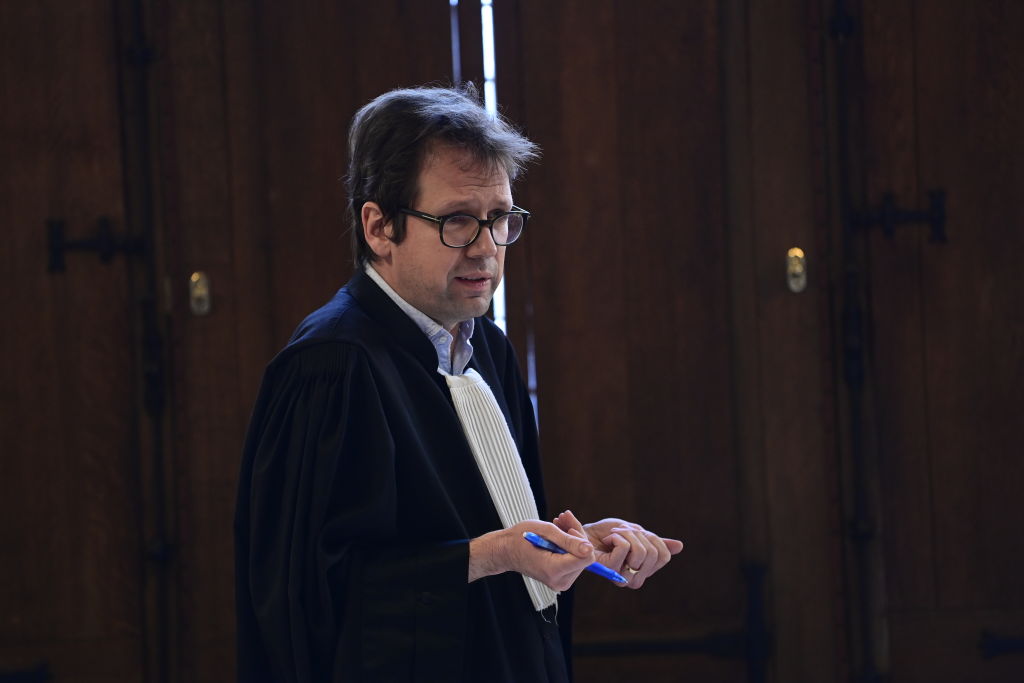 lawyer Joris Van Cauter pictured during the start of the retrial of the doctor who euthanized Tine Nys, Tuesday 12 January 2021, before the correctional court of Dendermonde. 38-year-old Nys was given euthanasia in 2010 to release her from psychological suffering. Her family didn’t agree and took legal action. The doctor was acquitted earlier by the East-Flanders assizes court.
BELGA PHOTO LAURIE DIEFFEMBACQ (Photo by LAURIE DIEFFEMBACQ/BELGA MAG/AFP via Getty Images)

According to her family, Nys was never diagnosed with autism but was heartbroken and suicidal over a broken relationship. She claimed to be autistic specifically because she wanted to be euthanized. It took just two months of claiming to be autistic for Nys to be approved for euthanization. She had previously been struggling with mental illness for 15 years, and her family said she had attempted suicide multiple times. Nys had been estranged from her family, had worked as a prostitute, and had previously had an abortion. Lieve Thienpont, the psychiatrist who diagnosed her with autism, said that Nys’ life had been a “failure.” The general practitioner who also participated in her euthanasia, Dr. Frank de Greef, had derided Nys as “manipulative and looking for conflict” to explain his own misdiagnosis of her, rather than recognize her as a troubled woman who needed help.

Yet Van Hove seems to be changing his argument for the euthanasia, insinuating that he was bound to kill her because she had wanted to die since the age of 14. “At every consultation, Tine asked for euthanasia,” he said in court. “She stuck to her request for euthanasia because nothing was working any more. I know she was in treatment and thought her autism spectrum disorder was also being treated.”

Michael Cook, the editor of Mercatornet, highlighted some suspicious background information on Van Hove during the first trial. “He has been in court before over offenses like [drunk] driving and forgery. In 2017 he was convicted of molesting young male patients,” Cook wrote, adding, “Dr. Van Hove admitted that he had never done a euthanasia for psychological suffering before and that he had been clumsy. He had not completed his ‘end of life’ training and he failed to administer the lethal injection properly. He did not have a stand for the infusion and the bag plopped onto Tine’s face as she was saying goodbye to her family. He neglected to bring a blank death certificate.”

READ: WOW: Canadian mom gave birth to baby while she was asleep

Nys’ family has been fighting the Belgian euthanasia system since her death in 2010. Their family lawyer, Fernand Keuleneers, rightly pointed out last year that this presents a disturbing precedent for Belgium’s euthanasia laws. “The euthanasia law is now beyond any controls,” he said. “Everyone can do what he or she wants. The political world is facing a massive problem.”

According to the O’Neill Institute for National and Global Health Law, Belgium first legalized euthanasia in 2002, allowing euthanasia for adults who experience “constant and unbearable physical or mental suffering that cannot be alleviated.” The unethical law originally applied to adults only, but since 2014, an amendment to the Belgian Euthanasia Act has allowed euthanasia for children as well.