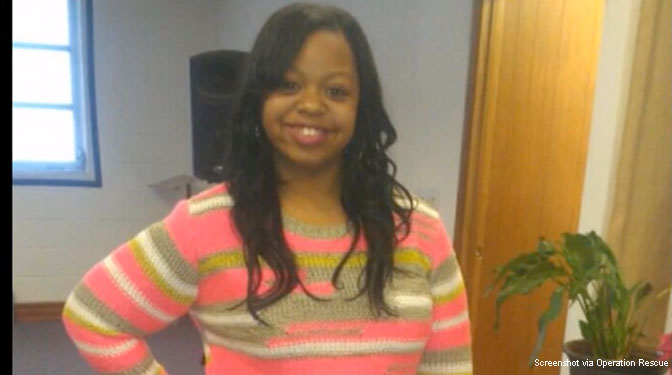 Cree Irwin, a 24-year-old mother from Battle Creek, Michigan, was tragically found dead in her mother’s bed in the early morning on July 4, 2016, after having an abortion just a few days prior at a yet unknown abortion facility.

Pro-life activist Lynn Mills provided a police report of the incident to Operation Rescue, and OR has provided the 911 call audio below. (WARNING: Some may find this extremely disturbing):

OR has more details on the events surrounding Cree’s death:

It began when Cree reported to a still unknown abortion facility on June 30, 2016, for an abortion. But something obviously went wrong. Cree began to experience intolerable abdominal pain. On the night of July 2, Tanya took her suffering daughter to the emergency room at Bronson Battle Creek Hospital. There, Cree was supposedly given pain medication and told to see her family physician the next day. She was discharged just after midnight on the morning of July 3.

Tragically, she didn’t live long enough to get to her own doctor.

Still in severe pain and afraid to go home where there was no one to help her, Cree decided to stay at her mother’s house, which was just blocks away from the hospital. Tanya had Cree sleep in her bed with her in her basement bedroom, but Cree was in so much pain that she crawled into bed crossways and did not want to move any further. When Tanya got up in the morning, she thought Cree was still sleeping.

In the afternoon of July 3, Tanya checked on her on her daughter once again. She appeared to be sleeping but her breathing seemed labored, like someone with sleep apnea.

According to Operation Rescue, an officer reported that he believes this breathing was a sign of “severe physiological distress” which “sometimes accompanies a heart attack.” It is, however, difficult to distinguish from normal breathing patterns.

Cree slept all day July 3, and her mother found her cold to the touch around midnight on July 4. Cree leaves behind a one-year-old son.

Read about more women who have died from legal abortion in recent years: