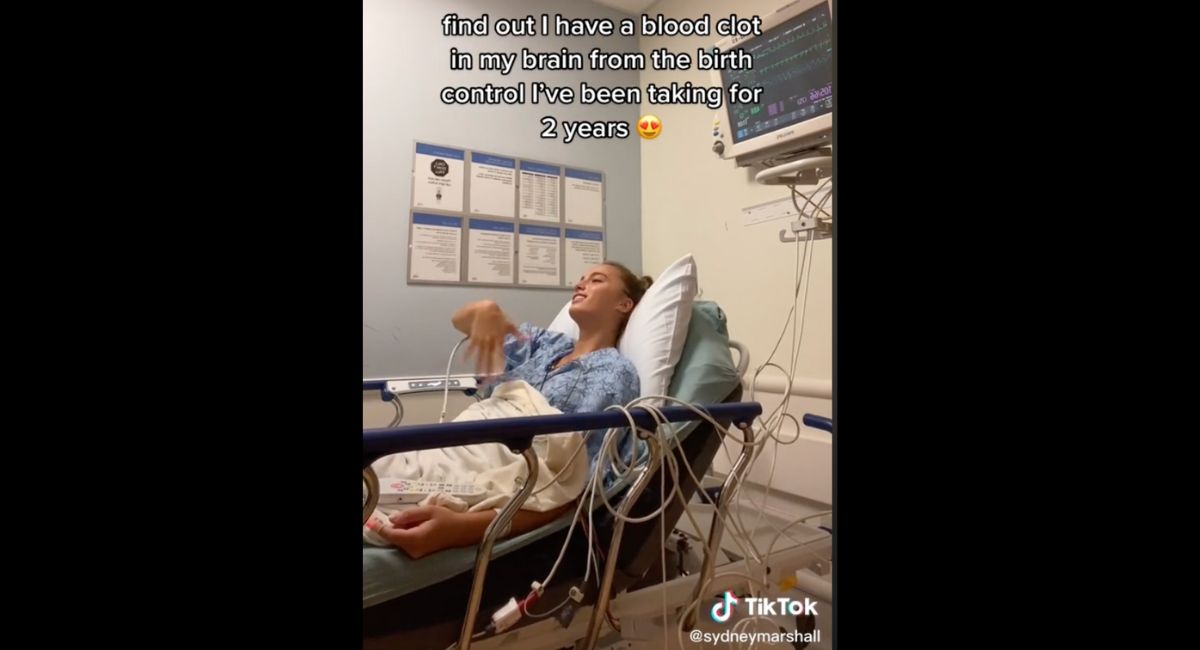 Hormonal birth control is often recommended to women as a way for them to take control of their sexuality by avoiding pregnancy. Yet there is no denying that women are rarely given all the information needed to make an informed choice about using hormonal birth control. And now, more women are coming forward with the horrific side effects they’ve experienced.

19-year-old Sydney Marshall shared her story on TikTok of how birth control led her to develop a blood clot that traveled to her brain, landing her in the hospital. Marshall said her symptoms began with a slight headache but she found no relief with over-the-counter medication. When it turned into a migraine that lasted for five days, she went to urgent care when she was given a cortisone shot, which helped briefly — only for her migraine to return, at which point she was sent to the emergency room. After undergoing an MRI and CT scan, the brain embolism was discovered. She was told it was likely caused by the birth control she had been taking for two years.

Model Hailey Beiber also went public with her story, in which she experienced a mini-stroke after starting hormonal birth control. “I had just recently started birth control pills, which I should have never been on because I am somebody who suffers from migraines anyway,” she said. “And I just did not talk to my doctors about this. So ladies, if you suffer from bad migraines and you plan on being on birth control pills, make sure you tell your doctor because having a stroke is a potential side effect from birth control pills.”

READ: Comparing the risks and side effects of hormonal birth control vs. natural fertility awareness

Marshall told Buzzfeed that she never had any similar experiences before she started taking birth control at 17. “When the doctors told me that I was diagnosed with sinus thrombosis, I was confused and shocked,” she said. “They explained that this meant I had a blood clot in a vein on the left side of my head that wrapped around the bottom side of my brain.”

For now, she is taking blood thinners, and doctors will continue to follow up with her over the next six months. She’s thankful that it was caught before she experienced a stroke, and wants women to be more aware of the potential side effects that come with birth control.

There are numerous dangers that come with hormonal birth control, including an increased risk of depression, though many women are not aware of the potential risks. Before taking birth control, doctors should be more cautious, and thoroughly cover a woman’s medical history to ensure there are no contraindications, as well as make sure women are fully informed about the risks.