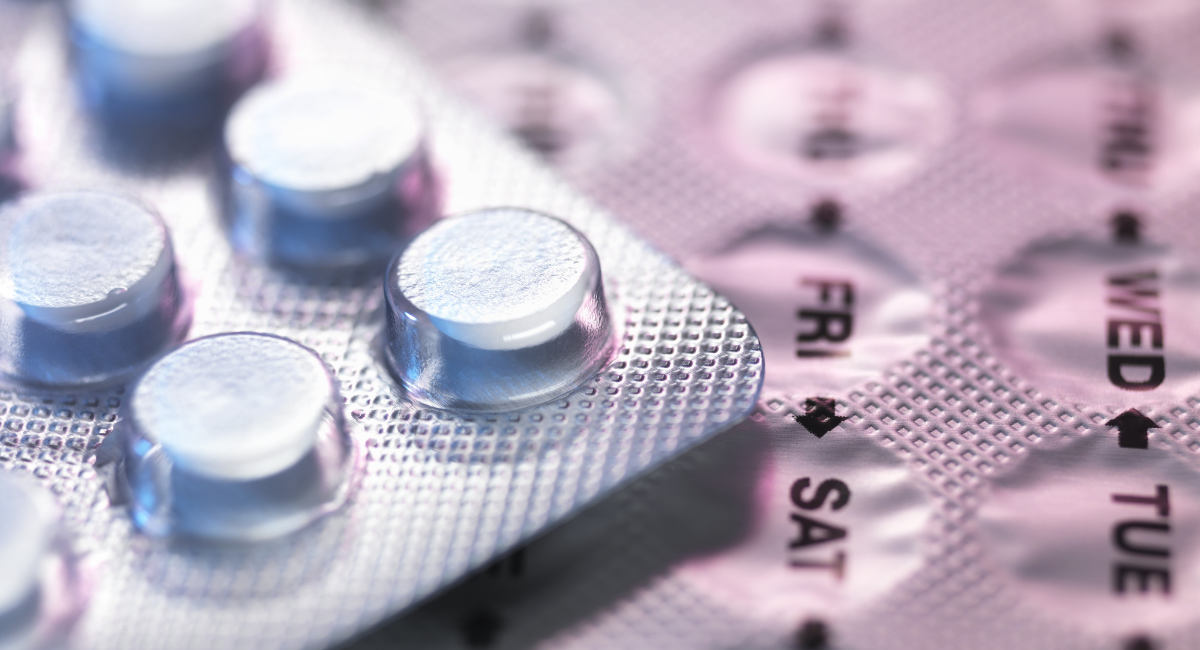 When she was 15 years old, Tria Potts was put on birth control to manage painful and heavy periods. Tragically, she then had a massive stroke and went into a coma, forcing her to relearn to do the most basic everyday tasks.

According to Insider, Potts, now a 37-year-old mother of two, was put on Ortho Tri-Cyclen, a combination birth control pill that includes both estrogen and progestin. She said the doctor told her there was a one-in-a-million chance that she would have a stroke from the pill, so she and her mother approved the prescription without requesting the blood test that would have revealed if Potts was one of the women who would have been at high risk for a stroke.

“That was our biggest mistake,” said Potts.

Less than a month after beginning the birth control, Potts had a stroke caused by multiple blood clots — one which traveled from her heart to her brain. She has no memory of losing consciousness or of the days after coming out of the coma, but her family has filled her in on the details.

The pressure in her head was so bad that doctors had to drill a hole in her skull, and initially thought she had overdosed on drugs. After 27 days in a coma, she awoke, but had difficulty speaking and began to rely on her sign language skills to communicate. She went to rehab, where she relearned to walk, eat, and talk. It was on her last day of rehab that she finally learned what had caused her stroke.

When she returned to school, Potts struggled in school and nearly dropped out. Today, she still deals with short-term memory issues as a result of the stroke, and is frustrated that doctors don’t believe her when she tells them she had a stroke at age 15.

While blood clots are seen as rare for women taking birth control, the chances are about one in 1,000, according to Dr. Melanie Davies, a gynecologist in London and professor at University College London. The problem is that women aren’t made aware of the increased risk when they seek out birth control, and aren’t told the signs of a stroke.

Tragically, some young women have died as a result of blood clots caused by birth control. Alexzandria “Ally” Givens was just two days away from her 21st birthday when she suffered a stroke. She had been complaining of not feeling well, including pain in her neck and shoulder. No one realized it was connected to her NuvaRing birth control until after the stroke, when doctors determined she had died from a pulmonary embolism.

Hope Johnson died in 2014 after suffering a blood clot caused by birth control. Her family won a lawsuit against Auburn Urgent Care after learning that the results of a blood test had found that Hope was at high risk of developing blood clots were improperly filed. Hope had gone to urgent care a few times for help before she died, but had been sent away.

Twenty-year-old Alexandra Williams died in 2018 after suffering back pain that doctors failed to realize was a sign of blood clots in her lungs. Prescribed birth control at Planned Parenthood nine months earlier, she was not made aware of the side effects and health risks.

Brittany Malone and Alex Rowan also died as the result of blood clots attributed to use of hormonal birth control. Their fathers are now working together to raise awareness and help save other lives.

In addition to blood clots and stroke, hormonal birth control carries multiple health risks, including increased risk of heart attack, breast cancer, cervical cancer, depression, alterations of the brain, as well as increased risk of HIV contraction, infertility, and brain tumors. Despite this, groups like Planned Parenthood continue to promote birth control use to girls and women as normal and safe, even looking to study birth control on girls as young as 11 without parental knowledge. There is not a single state in which an 11-year-old can legally consent to sex.

Women and girls deserve to know the facts to be able to make informed decisions about their own health and bodies and the alternatives to hormonal birth control.