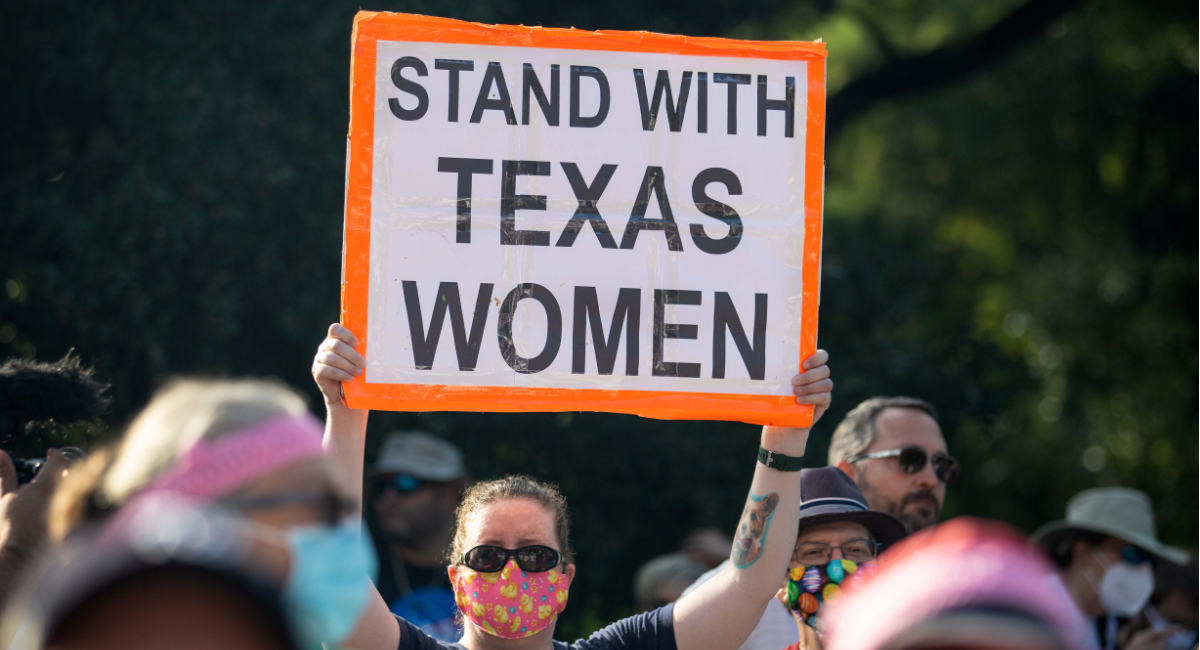 A Texas district attorney declined to pursue charges against a woman who allegedly caused the death of her preborn child via a self-induced abortion — a case misrepresented by media outlets and abortion advocates to make it seem as if the goal of pro-life laws is to punish women. In reality, the charges against her had nothing to do with the Texas Heartbeat Act.

“Yesterday afternoon, I reached out to counsel for Ms. Lizelle Herrera to advise him that my office will be filing a motion dismissing the indictment against Ms. Herrera Monday, April 11, 2022,” Starr County District Attorney Gocha Allen Ramirez wrote in a Sunday statement. “In reviewing applicable Texas law, it is clear that Ms. Herrera cannot and should not be prosecuted for the allegation against her.”

According to ABC News, Herrera was arrested Thursday in Rio Grande City after a Starr County grand jury indicted her on March 30 for allegedly causing “the death of an individual…by self-induced abortion.” She was released Saturday after posting a $500,000 bond.

The case attracted attention from abortion advocacy groups like La Frontera Fund, which held a small protest over the weekend outside the Starr County Sheriff’s Office. As Reuters reported, the group’s leader, Rickie Gonzalez, claimed hospital staff or administration reported Herrera to the authorities after she miscarried at the hospital and admitted she had attempted to induce an abortion.

In his statement, the Texas district attorney said the sheriff’s department did its job by investigating the claims brought forth by the hospital, noting that ignoring the incident would have been a “dereliction of their duty.” While Ramirez stated the “issues surrounding this matter are clearly contentious,” the case’s dismissal made it clear Herrera “did not commit a criminal act under the laws of the State of Texas.”

With certain media outlets and abortion advocates offering misleading information on the case, putting an unfair spin on Texas’s abortion restrictions, it’s worth separating fact from fiction to prevent any distrust of laws intended to protect the preborn.

The Texas Heartbeat Bill Does Not Target Women

The Houston Chronicle and Rolling Stone framed the story as if the charges against Herrera were tied to the Texas Heartbeat Act (SB 8), a bill banning abortions after an embryonic heartbeat becomes detectable. But the charges against Herrera had nothing to do with the Heartbeat Act, and any attempt to connect her arrest to the bill is misleading at best and downright deceptive at worst.

The Heartbeat Act is considered unique among pro-life legislation, as it allows non-government individuals, including a woman who had an abortion, to sue an abortionist who violates the law.

In its reporting, Rolling Stone linked the timing of Herrera’s arrest to the passage of SB 8, which went into effect last September, and the Chronicle claimed the case signaled that “it’s time for a refresher on what exactly Texas’ abortion law is.”

As the Chronicle acknowledged later in the article, however, SB 8 does not authorize private citizens to sue women who attempt to or have had an abortion. The bill also does not allow women to be prosecuted for an abortion, with the text stating it does not “authorize the initiation of a cause of action against or the prosecution of a woman on whom an abortion is performed or induced or attempted to be performed or induced in violation of this subchapter.”

Planned Parenthood President Alexis McGill Johnson tweeted Sunday that, even though the charges against Herrera were dismissed, “the fight against the criminalization of pregnancy outcomes has only just begun.”

But Texas already has measures to protect pregnant women from criminal charges, which may explain why the charges against Herrera were dismissed.

Daniel Gump, author of “Criminal Abortion Laws Before the Fourteenth Amendment: A Timeline and Visual Review of Jurisprudence and Historical Milestones,” told Live Action News how the situation with Herrera appeared to reflect what usually happens when women are charged with crimes for self-induced abortions. After the hospital contacts the police, authorities typically file charges related to a potential instance of fetal homicide — charges which are later dropped after the district attorney looks deeper into the statutes to find maternal exemptions to the crime.

According to Gump, maternal exemptions prevent the prosecution of a woman whose pregnancy may have ended abruptly. The legal researcher related the situation in Texas to a 2019 incident involving Marshae Jones in Alabama, another example of abortion advocates using a case against a pregnant woman to malign a pro-life law. While pregnant, Jones allegedly attacked Ebony Jamison, who fired a handgun in self-defense, resulting in the death of Jones’s preborn child.

As Gump noted, while Jones was initially charged with instigating a fight that resulted in the murder of a bystander, the “charges were dropped under Alabama’s maternal exemption provision of AL Code § 13A-6-1(d)(2).”

Regarding the charges against Herrera in Texas, Gump noted that the state’s laws on maternal exemptions would have prevented a conviction. He also highlighted his research into the immunity against prosecution of the woman seen in Texas and other states throughout the country, a project he undertook in response to claims that broadly establishing the personhood of the preborn would lead to the prosecution of women for illegal abortions or miscarriages.

“The target of criminal abortions has always been the providers. These maternal exemptions solidify that premise in statutory law. Similar concepts exist in other areas of law,” Gump told Live Action News.

“For instance, many see it [as] more beneficial to target illicit drug dealers, not the users,” he continued. “Little to no societal benefit comes from going after an individual who believed the only solution to a ‘problem’ was to take a self-destructive action.”