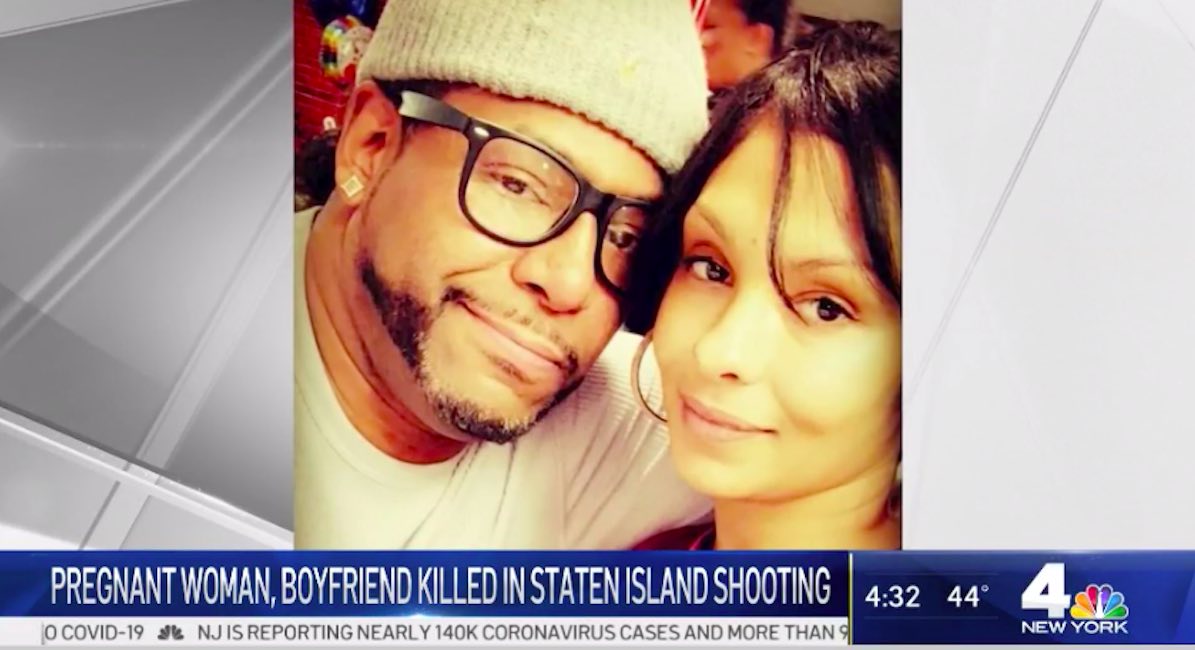 Philip Moreno was taken into custody by police after he allegedly murdered a couple in their home in Staten Island, New York. Alafia Rodriguez and his girlfriend Ana DeSousa were awaiting the arrival of a new addition to their family at the time of their tragic death, as DeSousa was seven months pregnant. The Daily Mail reports:

The sources added the murder was likely a drug robbery gone wrong, according to the NY Post.

The couple also had a two-year-old daughter who was present when Moreno committed the crime, but the toddler was reportedly unharmed.

Unfortunately, it seems there will be no justice for her murdered sibling.

While Moreno is facing several charges for second-degree murder, unlawful use and possession of a firearm, reckless endangerment, assault, and acting in a manner injurious to a child, he will not be charged with the killing of DeSousa’s preborn baby. This is because New York Governor Andrew Cuomo signed into law last year the Reproductive Health Act (RHA), which expanded the legality of the procedure up to birth, removed abortion from the penal code, and protected assailants from being prosecuted under fetal homicide laws (so that abortionists could not be charged with ending the lives of the preborn).

There are 38 states in the country that have fetal homicide laws, but New York does not offer women this safeguard. Murder is reported to be the leading cause of death for pregnant women, and when feticide laws are removed, there’s evidence that this endangers women who are expecting.

DeSousa is sadly not the only woman whose murderer faced reduced charges due to New York’s extreme abortion law. A few months after it was signed by Cuomo, Jerry Brown received a lesser sentence after he allegedly killed a woman with an ax while she was three months pregnant. The same thing happened in the case of Jennifer Irigoyen, who was murdered by her boyfriend, Anthony Hobson.

Irigoyen was five months along in her pregnancy when, according to surveillance video, Hobson dragged her out of her apartment building. Forcing her into the stairwell, Hobson proceeded to stab Irigoyen multiple times in her torso, neck, and abdomen. While Irigoyen was likely at a point in her pregnancy where she could feel her baby move inside of her, the RHA guaranteed that Irigoyen’s child was not treated with equal protection and dignity.

Hobson was not charged with murder in the second-degree for causing the death of Irigoyen’s baby, all because New York lawmakers have chosen to prioritize abortion over women’s safety.

“Intellectually honest people know that when a pregnant woman is killed, something different has happened than when a woman who is not pregnant is killed,” Charles Camosy, a theology professor at Fordham University said. “Both situations are incredibly tragic, but in the former situation, two human beings are killed, not one.”

New York lawmakers have demonstrated through the RHA their willingness to go to any lengths to enshrine abortion into law—even if that means endangering women’s lives.