UPDATE, 7/3/19: The Alabama District Attorney’s office will not press charges against Marshae Jones in the death of her preborn child after another woman fired a gun at her in self-defense. A grand jury of Alabama citizens chose to drop charges against Ebony Jemison, who fired the gun, and instead indicted Jones for allegedly starting the altercation, which escalated and ended in the death of Jones’s baby. Bessemer Cutoff District Attorney Lynneice Washington referred to the baby as an “unborn child” who had been “tragically lost.” Washington stated:

As I have previously stated, this is truly a disturbing and heartbreaking case. An unborn child was tragically lost, and families on both sides of this matter have suffered. Nothing we do today or in the future will change that reality.

The issue before us is whether it’s appropriate to try to hold someone legally culpable for the actions that led to the death of the unborn child. There are no winners, only losers, in this sad ordeal.

After reviewing the facts of this case and the applicable state law, I have determined that it is not in the best interest of justice to pursue prosecution of Ms. Jones on the manslaughter charge for which she was indicted by the grand jury. Therefore, I am hereby dismissing this case, and no further legal action will be taken against Ms. Jones in this matter.

6/30/19: In a highly unusual case, an Alabama woman has been indicted for manslaughter after her preborn baby died from a gunshot wound… and she wasn’t the one who pulled the trigger.

According to news reports, Marshae Jones, 27, got into an altercation with another woman over Jones’ baby’s father. CNN notes that Pleasant Grove police Lt. Danny Reid said the other woman, Ebony Jemison, “react[ed] [to] defend herself” with a gun. Reid said, “It was the mother of the child who initiated and continued the fight which resulted in the death of her own unborn baby…. The investigation showed that the only true victim in this was the unborn baby.” A grand jury declined to indict Jemison, instead bringing charges against Jones for the death of her five-month-old preborn baby, a girl. Jones has another daughter at home, age six, reports the New York Times.

The Times gives more details of the shooting, writing that officers said Jones had struck “repeated blows” to Jemison, who was “pinned in her car.” Jemison then “reached for a gun, and fired point blank into Ms. Jones’s stomach.” Jones “was driven to a hospital in a car that apparently broke down on the way. Paramedics eventually arrived and took her to a hospital, but her fetus — struck by a bullet — died.” Other accounts of the incident have “suggested that Ms. Jemison fired a warning shot at the ground and the bullet bounced up and hit Ms. Jones in the belly.”

Jemison, in an interview with Buzzfeed News, said the shot she fired was supposed to be a “warning shot,” adding that she doesn’t believe Jones should be charged, either, “because she didn’t go upon killing her baby herself.” Perhaps a lesser charge of “child endangerment or assault” would be more appropriate, she suggested. She also “expressed remorse” and sent condolences for Jones’ loss.

Jones posted bail a day following her arrest “with the help of her family and the Yellowhammer Fund, an organization that supports abortion rights,” says the Times. 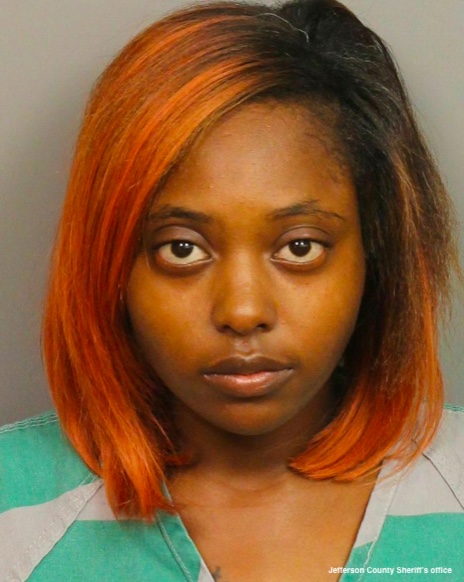 The district attorney’s office, for its part, says it will look at all the evidence and the grand jury’s decision, but ultimately, the decision of whether or not to prosecute Jones for manslaughter is in their hands. It is a Class B felony in the state, carrying a sentence of up to 20 years.

The decision of the grand jury to indict Jones has incensed pro-abortion activists. The Daily Wire notes, “While pro-abortion groups have sought to make the case an issue with Alabama’s strict new pro-life law signed in May by Republican governor Kay Ivey, the Alabama Human Life Protection Act does not go into effect until November. The pro-life law outlaws abortion in all cases, save for an exception for saving the life of the mother.” In other words, the law in Alabama under which Jones could be prosecuted has nothing to do with the recent pro-life law.

In Pleasant Grove, where the incident took place, some residents told the New York Times they believe that the charges against Jones may be reasonable, depending on the circumstances. The NYT’s piece — which lays blame for the charges entirely at the feet of Alabama’s idea that “fetuses” are actual human beings —  reports:

The notion that the law should treat a fetus like a person is widely held in Alabama. Lawmakers passed the most restrictive anti-abortion bill in the country in May, banning abortions at any stage of pregnancy, even in cases of rape or incest. A protest against the measure in Birmingham drew only about 2,000 people, in a metropolitan area that is home to more than one million.

Last November, Alabama voters approved a ballot measure that amended the state’s constitution to recognize the “sanctity of unborn life and the rights of unborn children.”

While many states have fetal homicide laws that prosecute violent offenders for the deaths of preborn children, this case is very unusual, given that it prosecutes the mother of the child for allegedly putting her preborn baby in harm’s way.

Jones’ attorneys plan to file a motion to dismiss all charges.