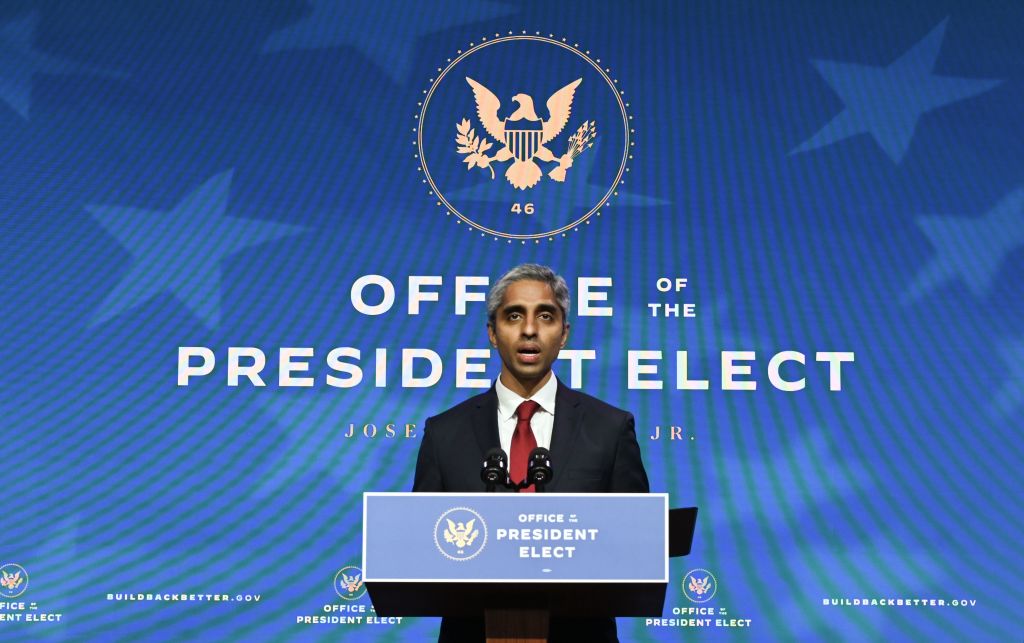 Murthy, who was sworn in today by the similarly-controversial Xavier Becerra, has a long history with Planned Parenthood. He has spoken at their conferences — for which he was paid thousands of dollars — and has advocated for them to continue receiving taxpayer funding, which Americans do not support.

It was so wonderful to chat with Dr. @vivek_murthy at this week’s Planned Parenthood national conference. We talked about public health challenges facing our country and how healthcare providers can work together to make measurable impact. pic.twitter.com/mLno3qM9g1

“There are many people around the country, many women, that I have cared for when I was practicing medicine up in Boston, who rely on Planned Parenthood for important services,” he said. “I think what’s important, whenever we’re making any policy decisions, is to try to take it out of the realm of ideology, and put it back in the realm of science and public health. And the truth is, a lot of women around the country looked at Planned Parenthood as an important source of primary care services. The debate is focused a lot on a narrow spectrum of services, but the truth is, many women get their — they get basic health care and preventative care from Planned Parenthood.”

While Murthy says we should set ideology aside and focus on the facts, his answer is actually nothing more than a common Planned Parenthood talking point. The idea of abortion being part of a “narrow spectrum of services” is commonly touted by Planned Parenthood, and just as commonly debunked — including by the Washington Post, which issued a “three Pinocchios” rating to the corporation’s frequently parroted claim that abortion comprised just “3% of [Planned Parenthood’s] services.”

The reality is that Planned Parenthood is not a widespread health care provider upon which women rely; it serves a small percentage of women, has lied about the services it provides, and statistics show it performs less than 2% of all cancer screenings, less than 1% of all pap exams, and less than 2% of all breast exams. This information can be easily found simply by looking at the abortion corporation’s annual reports, which show that year after year, the corporation’s health care services have been plummeting, while its abortion numbers are increasing.

Planned Parenthood even fired its previous president — Leana Wen, praised by Murthy himself — for trying to make actual health care a higher priority there than abortion. This is not an organization dedicated to providing health care to the masses — and abortion, in which a human being is deliberately killed, is not health care. Yet Murthy was all too happy to echo the corporation’s false rhetorical claims while stating that public policy should be based on science instead of ideology. This is likely why Planned Parenthood publicly applauded his nomination, noting, “He has proudly declared that access to abortion and birth control are essential components of health care.”

Vivek Murthy is, without a doubt, an intelligent man who has dedicated his life to public service, and may well be a fine doctor. But his statements on Planned Parenthood also make it clear that he is willing to ignore the facts if it interferes with ideology, and that is a dangerous trait in someone meant to be America’s doctor.