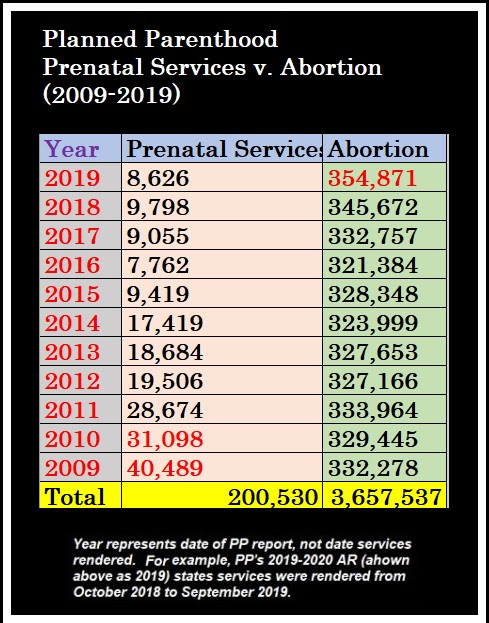 A 2020 survey of all U.S. abortion businesses (not just Planned Parenthood) revealed that just 18% offered any kind of prenatal and/or obstetric care.

Planned Parenthood’s reports and website are unclear on exactly what constitutes a prenatal service at facilities which offer the care. Online, Planned Parenthood currently defines prenatal care as “[w]hen you get checkups from a doctor, nurse, or midwife throughout your pregnancy. It helps keep you and your future baby healthy,” adding that “Your doctor, nurse, or midwife will monitor your future baby’s development and do routine testing to help find and prevent possible problems.”

“During your follow-up prenatal care visits, your doctor, nurse, or midwife will examine you to make sure your pregnancy is developing well, and that you and the fetus are healthy,” Planned Parenthood adds on a separate web page, which allegedly spells out the care.

Abortion is the primary focus of Planned Parenthood — not prenatal care. In September of 2019, the same year the organization announced its plans to expand abortion, Planned Parenthood launched an “Abortion Service Locator,” which it claimed offers “specific, easy-to-understand information and resources.”

To be clear, while Planned Parenthood is often touted as a needed source for pregnant women, as well as low-income patients, the abortion organization offers no “locator” for prenatal care services — or any other services, for that matter.

Then again, it is abortion — not prenatal care — that drives Planned Parenthood’s business model, and this particular abortion marketing strategy will likely be a boon for the abortion corporation. Planned Parenthood recently claimed that the site has already received more than 767,000 visits, with more than 73,000 abortion clients scheduling an abortion appointment. 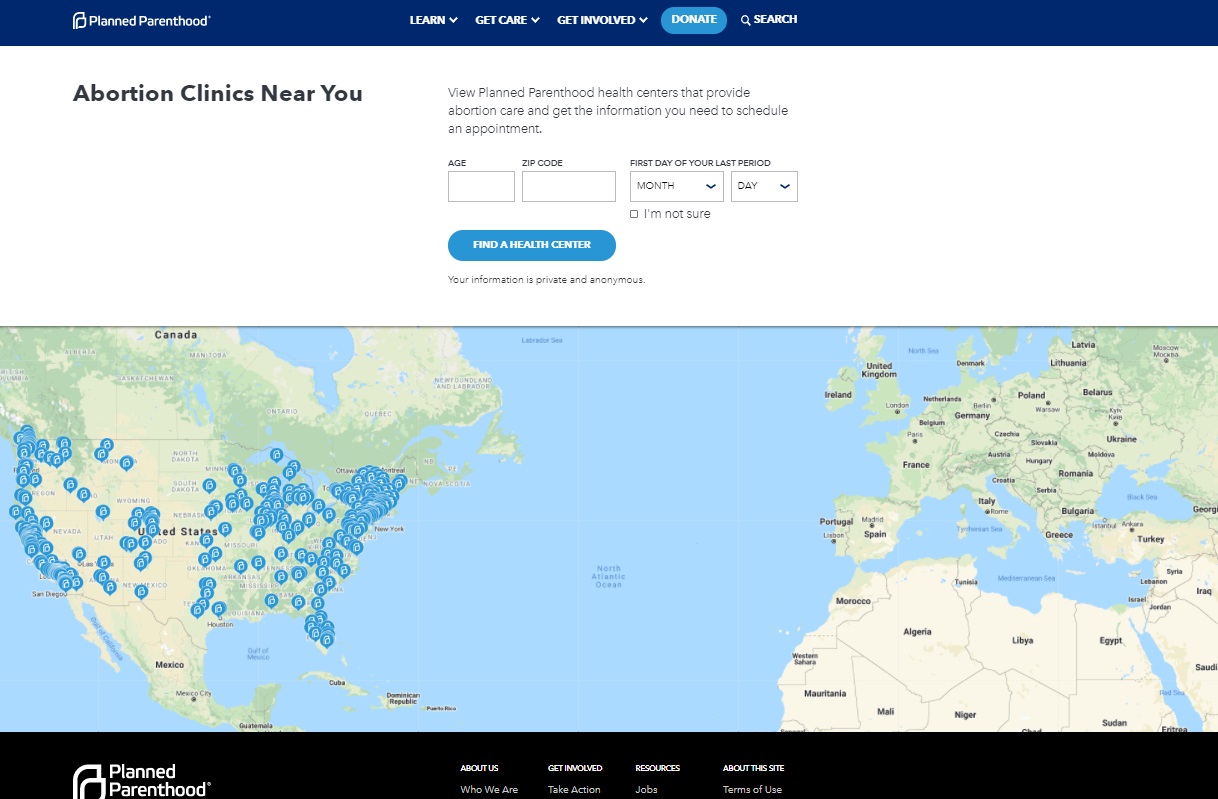 The impact of Planned Parenthood’s “Abortion Service Locator” is yet to be seen, but from its most recent 2019-2020 annual report (for services rendered between October 1, 2018 and September 30, 2019) is that Planned Parenthood provided a mere 8,626 “prenatal services” while committing a total of 354,871 abortions.

What if pregnant women who visit Planned Parenthood want to keep their babies?

Planned Parenthood masquerades as a health care organization, but even past failed reinvention attempts show that the corporation, with few exceptions, offers abortion as the option for pregnant women. This has led to an increasing market share, and today, Planned Parenthood commits 41% of all U.S. abortions.

This anti-life mentality appears to have infiltrated other areas. Planned Parenthood’s own pregnant staffers recently exposed the organization’s abysmal treatment of and discrimination against pregnant employees. The details, published by the New York Times in a stunning exposé, revealed that Planned Parenthood “employers saw accommodating expecting mothers as expensive and inconvenient. Others were unsympathetic to workers seeking special treatment.”

According to current and former Planned Parenthood employees in California, Texas, North Carolina, and New York, “[M]anagers in some locations declined to hire pregnant job candidates, refused requests by expect[ant] mothers to take breaks and in some cases pushed them out of their jobs after they gave birth,” in clear violation of the Family and Medical Leave Act (FMLA), which “provides certain employees with up to 12 weeks of unpaid, job-protected leave per year.”

Editor’s Note, 5/7/21: This article has been updated for consistent numbers on “prenatal services” versus prenatal clients.