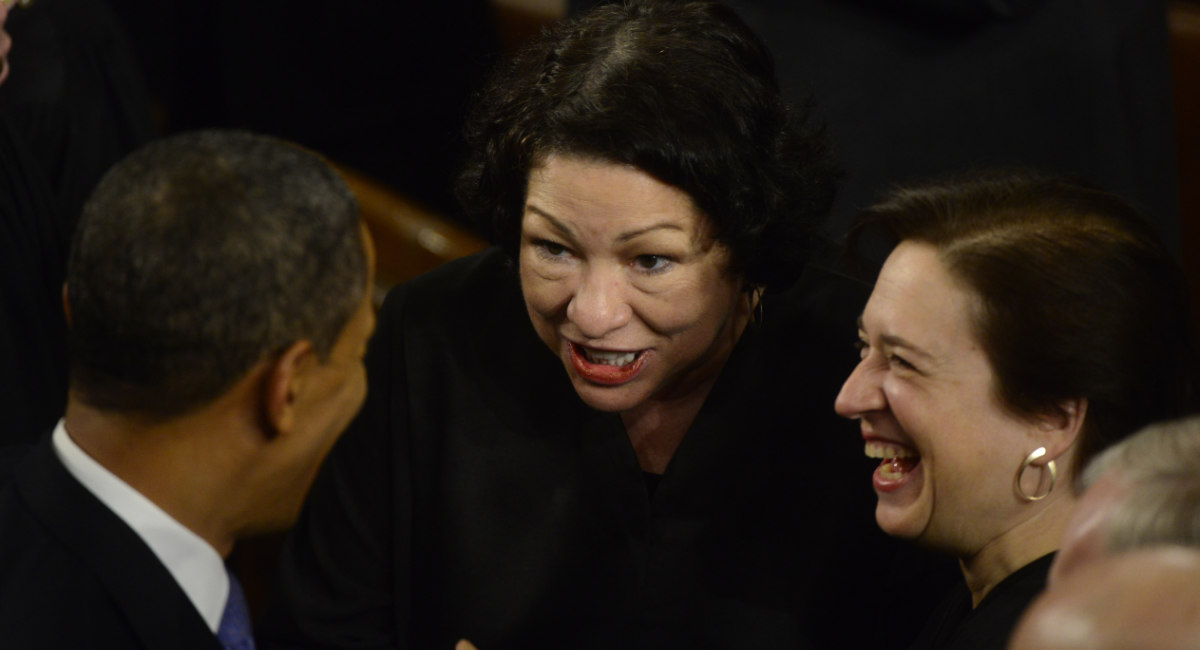 During discussion at the Supreme Court on December 1 regarding the constitutionality of a Mississippi law banning abortion after 15 weeks, Justices Sonia Sotomayor and Elena Kagan, considered two of the Court’s liberal justices, espoused inaccurate information about preborn children.

Sotomayor asked Mississippi Solicitor General Scott Stewart to clarify why he believed that “advancements in medicine” make the overturning of Roe vs. Wade not only reasonable but imperative. Stewart answered, “I think it is an advancement in knowledge and concern about such things as fetal pain, what we know the child is doing and looks like and is fully human very early.”

Sotomayor cut him off, responding, “the minority of people, the gross minority of doctors who believe fetal pain exists before 24 or 25 weeks is a huge minority, and one not well-founded in science at all.” She continued, “So I don’t see how that really adds anything to the discussion, that a small fringe of doctors believe that pain could be experienced before a cortex is formed, doesn’t mean there has been that much of a difference since Casey.”

READ: The irrefutable case for the rights of preborn human beings

But as Live Action News has reported many times in the past several years, belief in the likelihood that preborn children can feel pain before “24 or 25 weeks” gestation is not fringe science or merely premature scientific speculation; it is based on solid evidence using recent research. Even Senator Lindsey Graham responded on Twitter, as noted by the Daily Wire, pointing out that preborn children younger than 24 weeks are routinely given anesthesia during medical procedures because physicians know they can feel pain.

It is well-established medical practice to provide anesthesia to the unborn child regarding medical procedures performed before 24 weeks because the nerve endings, which generate pain, are well-developed.

As observed in a press release by the Charlotte Lozier Institute, Dr. Stuart Derbyshire, one of the world’s top neuroscientists and himself a former staunch opponent of the concept of fetal pain before 24 weeks, took another look at the accumulating evidence and formally changed his stance in a peer-reviewed paper last year. He now believes that fetal pain is possible “from as early as 12 weeks.”

CLI summarized the previous scientific understanding of fetal pain and then the updated understanding based on the latest research, noting:

For decades, most neuroscientists have operated by the axiom of ‘cortical necessity.’ This is the idea that a cerebral cortex – the thin, convoluted, outer layer of the brain that activates between 24 and 30 weeks’ gestation – is required to perceive pain. There has long been evidence to the contrary.  But accumulating studies, especially two from 2016, strongly imply that cortical necessity is incorrect: evidence shows subcortical (lower) brain structures that develop much earlier than 24 to 30 weeks are sufficient for pain perception.

Similarly to Justice Sotomayor’s comments, Justice Elena Kagan opined that “not much has changed since Roe and Casey.” But her comment ignores decades of significant advances in the quality and clarity of ultrasound, in utero diagnosis, and successful treatment of multiple medical conditions while the baby is yet in the womb.

Charlotte Lozier Institute Senior Fellow and Director of Life Sciences Dr. Tara Sander Lee observed, “Justice Kagan would be correct in saying that the baby hasn’t changed in 50 years, but our scientific understanding of the humanity of the unborn baby has advanced significantly.”