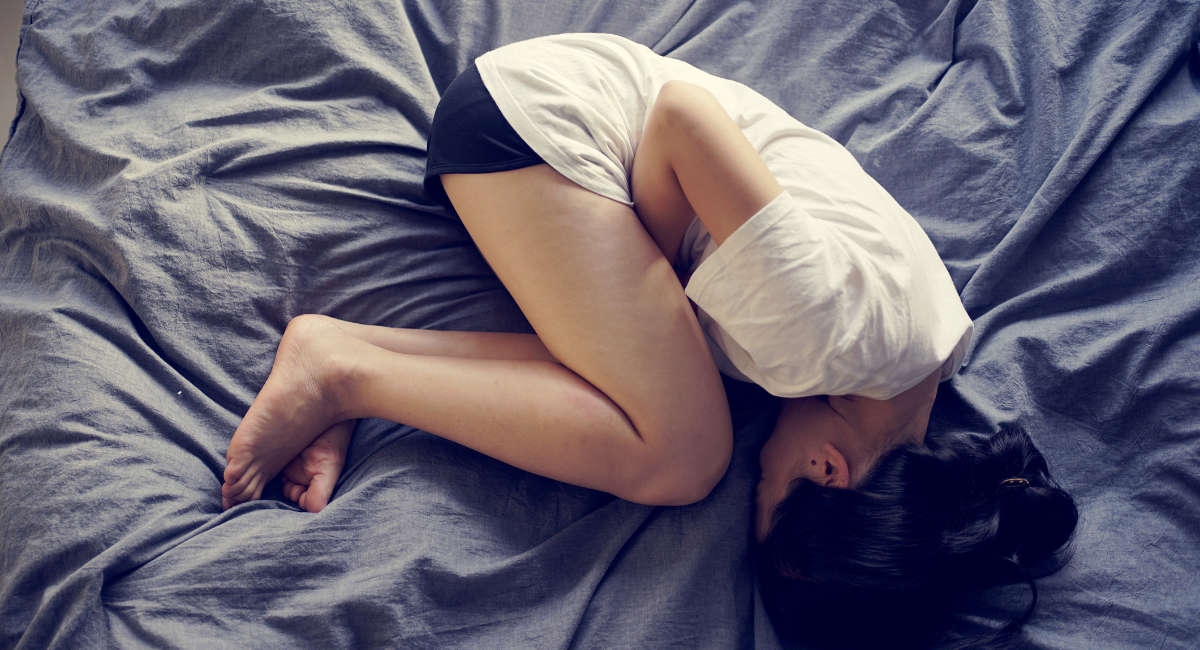 An observational study conducted at two centers in Bologna, Italy, found that 40% of women experienced severe pain when undergoing chemical (abortion pill) abortions. The study identified women who were more likely to experience severe pain included those who were anxious about their abortion, had not previously delivered a live baby, or had experienced painful menstrual periods (dysmenorrhea). 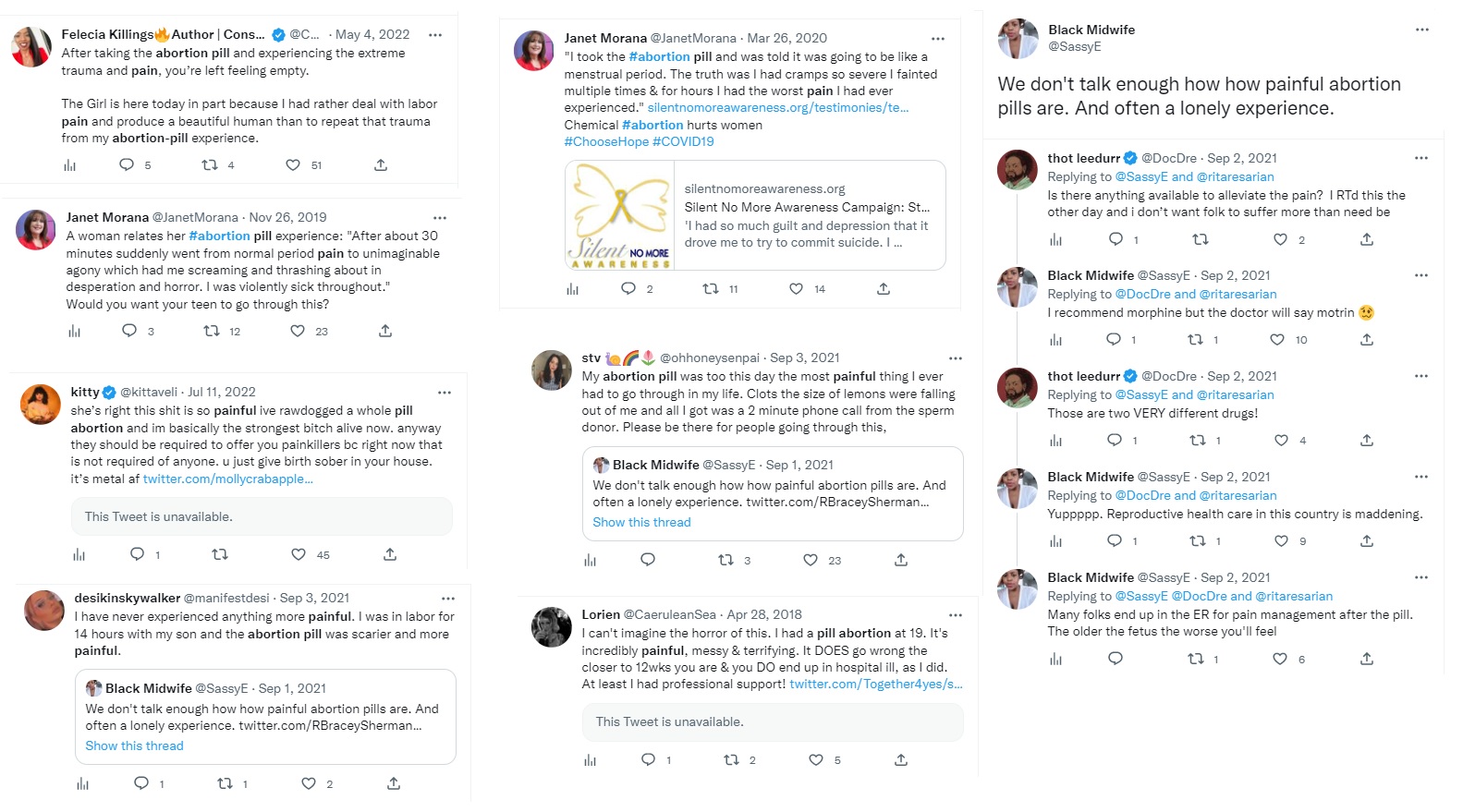 The study, entitled “How much will it hurt? Factors associated with pain experience in women undergoing medication abortion during the first trimester,” included 242 women, and noted that previous studies (2015 and 2016) showed that “Medication abortion is associated with pain in up to 80% of women, and up to 54% of them complain of severe pain, with an overall need for analgesics between 68% and 91%.”

But for this study, the authors claimed, “the primary aim of our study is to identify which characteristics may represent risk factors for severe pain levels during medication abortion, focusing on women’s pretreatment anxiety levels.” As a result, the study found that “Increased baseline anxiety levels, dysmenorrhea [painful menstrual periods which are caused by uterine contractions], and no previous vaginal deliveries significantly increase the likelihood of severe pain in women undergoing medication abortion.”

“The analysis confirmed that anxiety… was significantly associated with severe pain during medication abortion,” the authors claimed. “The analysis also confirmed that a previous vaginal delivery represented a protective factor against severe pain,” the authors added. In other words, if the woman has had a previous live birth instead of an abortion.

“According to our analysis, dysmenorrhea showed the strongest association with severe pain during abortion, determining a six-fold risk of experiencing severe pain,” the study claimed. “We found a positive correlation between increased anxiety levels before the procedure and the intensity of pain experienced by patients.”

“Medication abortion represents a valid alternative to surgical management. In spite of this, a considerable number of women might still prefer surgical abortion, which is often performed under general anesthesia, due to the fear of side effects, especially pain,” the authors also claimed.

Today, the race to increase abortion pill access often keeps women in the dark with deceptive marketing campaigns under euphemisms like “missed period” pills. The abortion pill is falsely sold as “safer than Tylenol,” which is ‘easy’ and like ‘bringing down a period.’ Even the media has played into this misinformation. Yet abortion pill clients often report pain — sometimes even extreme pain — with some seeking care at emergency facilities.

A woman named Brittany claimed she obtained abortion pills from Planned Parenthood as a freshman in college and described her abortion experience in some disturbing ways in the comments of a video entitled, “My Abortion Experience as a Freshman | Abortion Pill.” Keep in mind that Britney claimed she does not regret her abortion:

Jessica in New York wrote, “When I went to the clinic I felt embarrassed. I was given the abortion pill and was told I may get a few cramps. I was not told the excruciating pain I would feel for hours until the sac went through. My abortion was explained to me as something that was common and normal. It was not explained to me the emotional affects and regret I would experience long after the abortion was over. Not to mention the initial abortion felt like I was giving actual birth to a child.”

“It was the most painful experience ever in my life,” said another abortion client. “On top of emotional pain, when the second pill was taking effect, I had the most indescribable excruciating pain for more than 6 hours. It almost killed me…”

“The pain starts and it’s getting intense, I race to the restroom and drop my first of many clots. I start instantly crying, “what am I doing, why would I do this to myself but also to something I wanted!?… The first day was hell,” testified another woman.

“I couldn’t even move, it was like taking on the period pains of 100 women combined. There was so much blood that I’d have to change my sanitary towel every hour. Overnight, my sheets were covered in blood beyond repair,” another woman said.

Patricia in North Carolina claimed she bought the abortion pills from Planned Parenthood, where staff told her she would have “some bleeding, and possibly clotting.” They told her complications resulting from pills are rare. However, the pain was so intense, she felt she was dying. She wrote, “The next day, at home alone with my infant son, I took the abortion pills. Within one hour I knew that everything the doctor had told me was a lie. I was bleeding so heavily, I believed I was dying. I was passing clots the size of baseballs, and I was in the worst physical pain of my life, worse than childbirth. The worst part of my experience was when I was sitting on the toilet and I felt myself pass a clot that felt strange. I looked into the toilet and saw my baby. It had a head, body, and tiny arms and legs.”