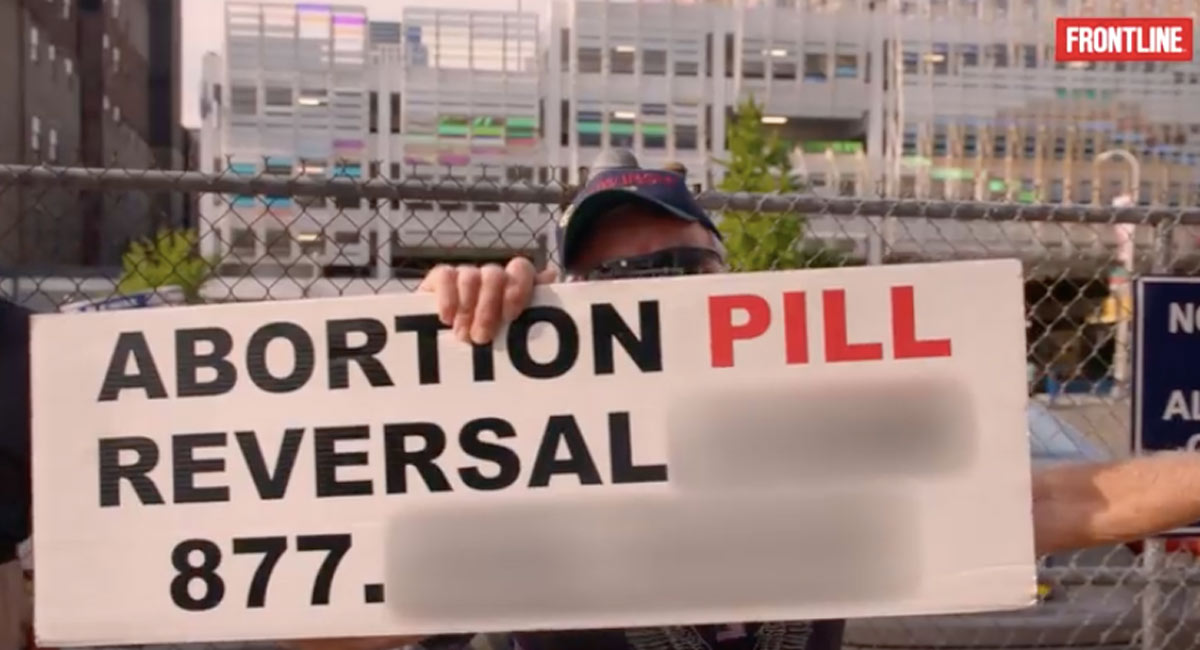 In a weak attempt to make abortion seem like a normal part of a woman’s life, PBS completely failed to accurately portray abortion in its documentary series “The Abortion Divide.” Claiming to go “inside” abortion facilities to show what it’s like, the documentary touched on medication abortions but stopped short of actually showing what women go through after they have swallowed the deadly pills.

One mother featured in the abortion pill portion of the documentary is Taryn, who is nonchalant about killing her preborn twins with the abortion pill. “What I hope I feel is a sense of peace, not only with myself and the decision that I’ve made but also a sense of peace with these two beings that I’ve chosen not to bring into the world. Thank you for choosing me,” she says to her twins. “And I’m honored to be given this gift of life. And also, I can’t do it right now. I can’t accept that mantle in terms of the other lives that I’m taking care of and I’m responsible for.”

Taryn and PBS fail to realize that there are approximately two million couples waiting to adopt babies — that’s 36 couples for every one baby placed for adoption. A couple could have immediately adopted those babies and Taryn could have gone back to her life raising her other two children. Instead, she decided she would rather her twins were dead — never born — than raised by someone else.

In the documentary, Megan is at the facility to take the abortion pill, but she is hesitant. Before swallowing the pill, she takes the water bottle away from her mouth before taking a deep breath and putting the pill in her mouth. She grabs on to her partner immediately. “I know I’ll definitely be sad, because if things had just been a little bit different, you know, maybe this wouldn’t have happened today,” she said before taking the pill.

The father of her baby, Charles, also seemed unsure of having the abortion. “I think I’m always going to feel a little bit of guilt,” he said.

The abortionist handing out the abortion pill to these women likened it to a miscarriage. While miscarriage and abortion are both tragedies, a miscarriage is not the deliberate taking of a human life. And the abortion pill is much more painful and frightening than any abortionist seems willing to admit — and PBS fails to show exactly what happens after women take the second pill at home and possibly alone. Countless women have called it the worst pain they have ever felt in their lives.

“It was the most painful experience ever in my life,” said one woman. “On top of emotional pain, when the second pill was taking effect, I had the most indescribable excruciating pain for more than 6 hours. It almost killed me…”

She is one of many to report this.

“I couldn’t even move, it was like taking on the period pains of 100 women combined,” said another woman. “There was so much blood that I’d have to change my sanitary towel every hour. Overnight, my sheets were covered in blood beyond repair.”

PBS doesn’t bother to follow through on what the abortion pill experience actually looks like. They don’t follow Taryn or Megan to find out what it was like for them to actually go through the abortion process. That is a complete disservice to everyone watching and every woman who has suffered through the ordeal.