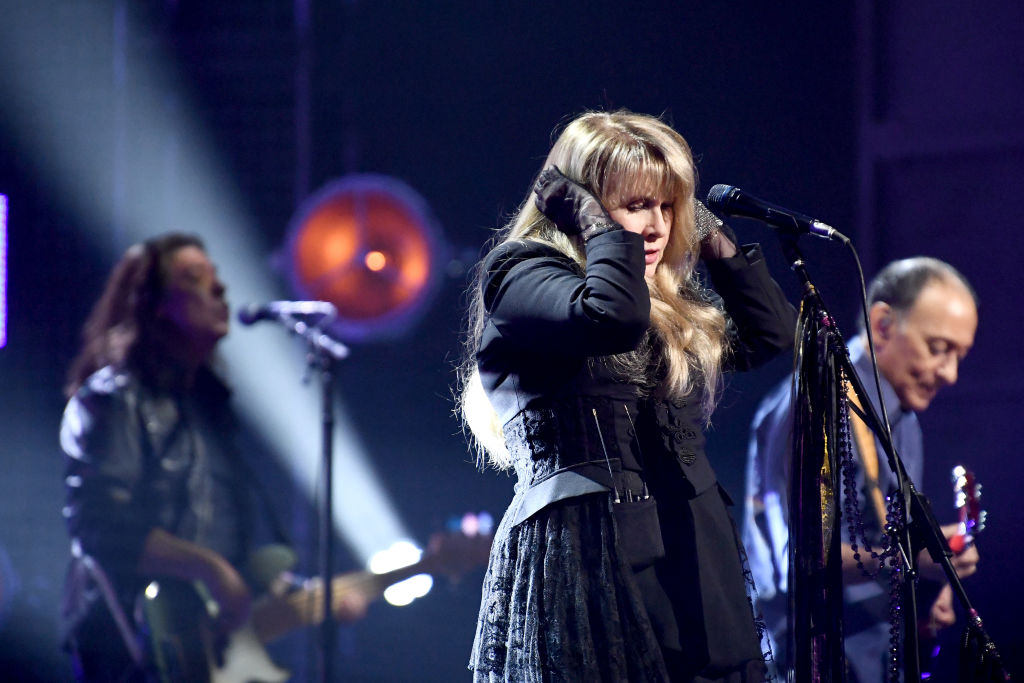 Stevie Nicks, the legendary vocalist and member of Fleetwood Mac, has opened up about her history with abortion, claiming that without it, she would not have enjoyed the success she has now. Nicks joined Fleetwood Mac in 1975, and instantly found fame; her first album with them reached #1, and her second, Rumours, is widely considered to be one of the best rock albums of all time.

In an interview with The Guardian, Nicks said the death of Ruth Bader Ginsburg led her to reflect on her own abortion experiences. She acknowledged that she got pregnant in 1979, when she was dating Don Henley, one of the founding members of The Eagles. “If I had not had that abortion, I’m pretty sure there would have been no Fleetwood Mac,” she said. “There’s just no way that I could have had a child then, working as hard as we worked constantly. And there were a lot of drugs, I was doing a lot of drugs … I would have had to walk away.”

She rationalizes that her abortion was worth it, because of the music she and the band were making. “And I knew that the music we were going to bring to the world was going to heal so many people’s hearts and make people so happy,” she said. “And I thought: you know what? That’s really important. There’s not another band in the world that has two lead women singers, two lead women writers. That was my world’s mission.”

Despite her insistence that the abortion was the best decision for her, she seems to recognize the humanity of the child she lost on some level. In a 2014 interview with Billboard, Nicks admitted that her Fleetwood Mac song “Sara” was about the child she aborted. “Had I married Don and had that baby, and had she been a girl, I would have named her Sara,” she said. Nicks also has insinuated that she has had numerous abortions, saying in a 1992 interview, “To give up four babies is to give up a lot that would be here now. So that bothers me, a lot, and really breaks my heart. But they’re gone, so….”

Nicks is now one of numerous celebrities claiming that abortion has been responsible for their successes. A noticeably pregnant Michelle Williams notably claimed in a Golden Globes acceptance speech that she would not have been accepting the award had she not previously had an abortion. Actress Busy Philipps claimed she now has a “beautiful life” because of abortion, while actress Alyssa Milano likewise said her current joys in life are possible because of her two abortions.

Despite the insistence of these celebrities that abortion is necessary in order to be successful, countless other celebrities have demonstrated the exact opposite.

“Wonder Woman” actress Gal Gadot was relatively unknown when she was shooting the movie that would turn out to be a massive blockbuster — and she filmed battle scenes while she was five months pregnant. Catherine Zeta Jones was likewise pregnant while filming her role as Velma Kelly in the musical “Chicago,” accepting an Oscar award for her work at nine months pregnant. Renee Elise Goldsberry won a Tony award for her role as Angelica Schuyler in the Broadway musical “Hamilton,” and in her acceptance speech, she emotionally thanked her husband and children for proving that she could be successful while still being a mother. Tennis superstar Serena Williams won a Grand Slam tournament while two months pregnant, and Olympic gold medalist Kerri Walsh Jennings likewise won one of her gold medals while she was pregnant.

Abortion is not necessary to achieve success. And worse, the argument that it is needed to be successful is a misogynistic argument that aids in punishing women for their ability to bear children. Using abortion to further one’s career advances the notion that women should be punished for their fertility — for not being a man. And there is nothing feminist or empowering about that.