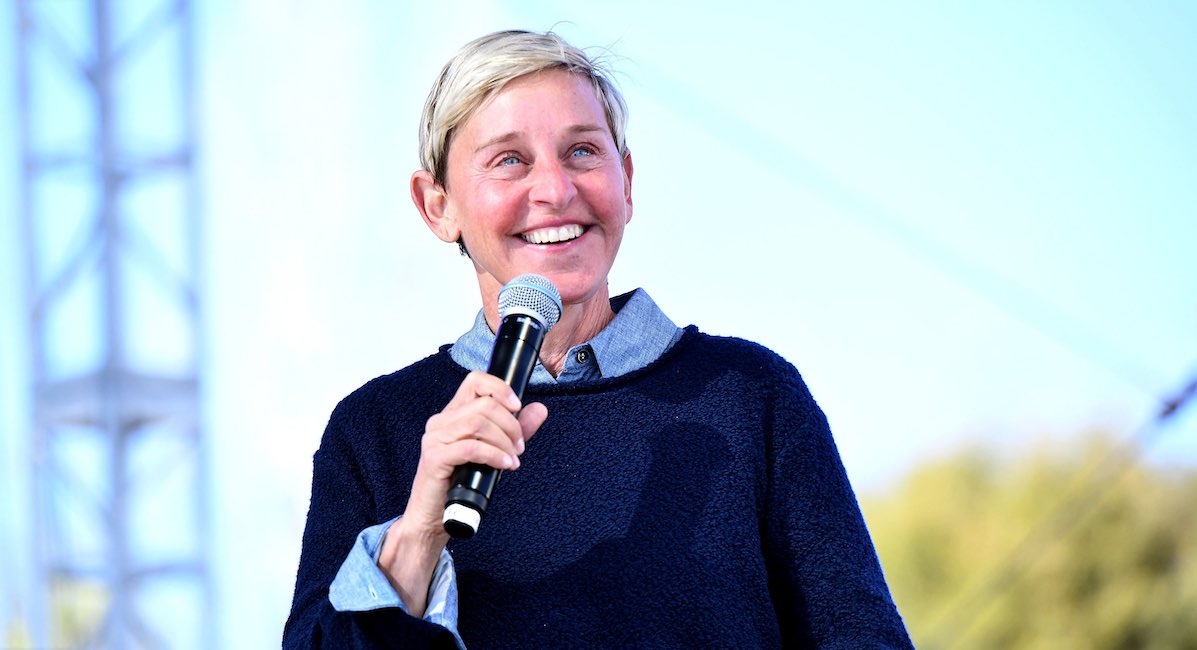 Both Planned Parenthood and its supporter Ellen DeGeneres have come under fire recently due to allegations of toxic work environments that include racism. It seems that each projected an image of benevolence, while in reality, things were the opposite behind the scenes.

DeGeneres has an extensive fanbase and has had a reputation of generosity and kindness, yet celebrities who have been on the show—along with nearly 40 employees—say it is “common knowledge” that she is “one of the meanest people alive.” She is being accused of creating a workplace full of racism and sexual harassment.

Right now we all need a little kindness. You know, like Ellen Degeneres always talks about! 😊❤️

She’s also notoriously one of the meanest people alive

“That ‘be kind’ bull**** only happens when the cameras are on,” one former employee told BuzzFeed News. “It’s all for show. I know they give money to people and help them out, but it’s for show.”

Former employees also told BuzzFeed that they were fired after taking medical leave or bereavement days to attend family funerals. One former employee said she faced racist comments and actions while working on the set. She was told by a senior-level producer that he would likely confuse her with another Black employee with the same hairstyle. One of the main writers for the show told her, “I’m sorry, I only know the names of the white people who work here.”

After DeGeneres issued an apology, more people spoke out against her behavior specifically. “Sorry but it comes from the top ⁦@TheEllenShow,” tweeted actor and comedian Brad Garrett, who himself faced accusations of racism. “Know more than one who were treated horribly by her.⁩ Common knowledge.” Actress Lea Thompson backed Garrett up tweeting, “True story. It is.”

Sorry but it comes from the top ⁦@TheEllenShow Know more than one who were treated horribly by her.⁩ Common knowledge. DeGeneres Sends Emotional Apology to Staff – Variety https://t.co/D0uxOgyyre

“I think it is a lot of smoke and mirrors when it comes to the show’s brand,” a former employee said. “They pull on people’s heartstrings; they do know that’s going to get likes and what people are going to go for, which is a positive message. But that’s not always reality.”

It’s also been smoke and mirrors at Planned Parenthood for decades.

In 2004, DeGeneres showed her support for Planned Parenthood and abortion when she acted as a member of the March for Women’s Lives Celebrity Coalition. The event was led and co-sponsored by several groups including Planned Parenthood Federation of America, NARAL Pro-Choice America, and the pro-abortion National Organization for Women.

In 2016, DeGeneres wore and promoted a t-shirt that benefited Planned Parenthood. 100% of the sales of the Marc Jacobs shirt, created by Miley Cyrus and Marilyn Minter, went to the abortion corporation. Planned Parenthood recently admitted to its own racist history and was criticized by current and former employees of the Greater New York affiliate for fostering a racist and toxic work environment—much like the alleged work environment on DeGeneres’ show.

In May 2019, DeGeneres also vocalized her support for abortion when she tweeted, “I stand with the women in Alabama, Georgia, Kentucky, Mississippi, Ohio, Missouri, and everywhere, who have the right to decide what happens to their bodies, as we all do.” The tweet came after multiple states passed abortion restriction laws, including laws that banned abortion once the preborn child’s heartbeat can be detected. What DeGeneres and others fail to understand is that the citizens of these states elected pro-life individuals and many of those elected officials are women, including Alabama Governor Kay Ivey, who signed the “Human Life Protection Act” into law the day before DeGeneres posted her tweet. DeGeneres appears to be in denial that women are pro-life too.

I stand with the women in Alabama, Georgia, Kentucky, Mississippi, Ohio, Missouri, and everywhere, who have the right to decide what happens to their bodies, as we all do.

Laura McQuade, the now former CEO of Planned Parenthood of Greater New York (PPGNY) was — like DeGeneres and her top staff — accused of misconduct, and Planned Parenthood Federation of America threw their support behind her until the truth could no longer be denied. Employees said McQuade would “yell, berate, slam her fists, verbally abuse, humiliate, and bully employees, often brutally shaming staff members in internal meetings in front of their colleagues.” They called attention to “systemic racism, pay inequity, and lack of upward mobility for Black staff” and demanded her firing.

“Planned Parenthood was founded by a racist, white woman [Margaret Sanger],” states an open letter dated June 18, 2020. “That is a part of history that cannot be changed. While efforts have been made to undo some of the harm from institutional racism, many of these issues have worsened under McQuade’s tenure.”

Even after a third-party consultant reviewed PPGNY, problems continued, and former and current Black employees said, “PPGNY’s attempts to present itself as a diverse workplace have been carefully orchestrated and superficial at best.”

Planned Parenthood finally fired McQuade when they realized the problem wasn’t going to go away and had the nerve to take credit for the “victory.”

As long as ulterior motives and a sense of superiority exist, so will toxic employees and work environments. In order for evil to be accepted and even celebrated by a society, it must portray itself as a good — a wolf in sheep’s clothing as they say. That’s exactly what Planned Parenthood has been doing for decades, and according to reports, so has its supporter, Ellen DeGeneres.