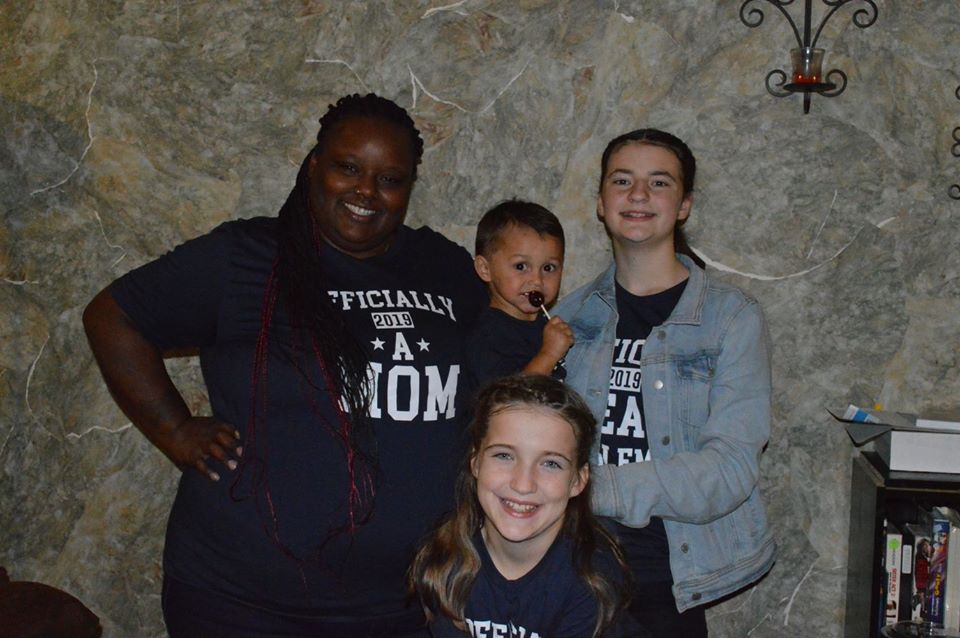 A single black mother is speaking out what life is like raising her three children, who happen to be white. Despite the stares they often get in public, she says she “wouldn’t have it any other way.”

Treka Engleman grew up the youngest of 11 children, but she lost her mother when she was just six years old. While she had plenty of family around her, she said in an essay for Love What Matters that after her mother died, she didn’t have anyone to show her how to be a mother. Still, babysitting and being around children including her 20 nieces and nephews felt “natural” to her, and she knew that she wanted to be a mother someday. She even dreamed of being a foster mom.

“For years, I wanted to be a foster mom,” she wrote. “Yet I was always hesitant to start the journey to foster care because I didn’t think a single person like myself could be a foster mom (no spouse, no children).”

After a bit of research and the discovery that she could, in fact, become a foster mom, Engleman decided to apply. After two months of classes and what she calls “a complete emotional roller coaster” listening to the heartbreaking stories of children in foster care, Engleman was filling out paperwork about her preferred age, sex, and race for foster children. She marked African American and Caucasian.

A home study was completed, and Engleman was approved to foster up to four children. She was told to expect a call at anytime of day about a child in need. The very next day she received a call about a five-day-old baby who needed a home.

“On December 8, 2016 Elijah Lee Hill came to my home,” she wrote. “My heart just immediately dropped when they brought this tiny little baby into my home.”

A few months later in May 2017, with baby Elijah still in her care, Engleman welcomed her next foster child, Alexis Bowman. By March of 2018, Alexis’ older sister Mercedes had also moved into Engleman’s home. She was now a single 30-year-old mother of three children, ages one to 15.

The new family of four seemed to get stares when out in public. People would ask Engleman if she was the babysitter.

“[M]y response is no, they are my children,” she said. “No questions asked. I never say ‘foster children,’ but my children. Because that’s what they are and always will be.”

When the children became available for adoption, the answer was an obvious ‘yes’ from all of them. But Engleman began to doubt whether or not she was good enough. The people closest to her thought she might not be able to handle it. But, despite any doubts of her own worthiness, she knew these children needed her. They were thrilled to take her last name and officially become a family.

“November 1, 2019 was one of the best days of our lives,” wrote Engleman. “The day we became Team Engleman! I went from just me to being a family of four. This is not the end either, but right now we are enjoying each other.”

And Engleman has something to say to all the naysayers and the people who stare at her family:

“These children are in a great home with a loving mother. Love has no color in my home and they are loved unconditionally. I’ve been talked about all my life and that has never stopped me from doing what I was put here to do. I have a purpose and I plan to fulfill it!”

She wants others who feel the call to be foster parents to follow it. Helping a child find a home where they are safe and loved will make a world of difference.