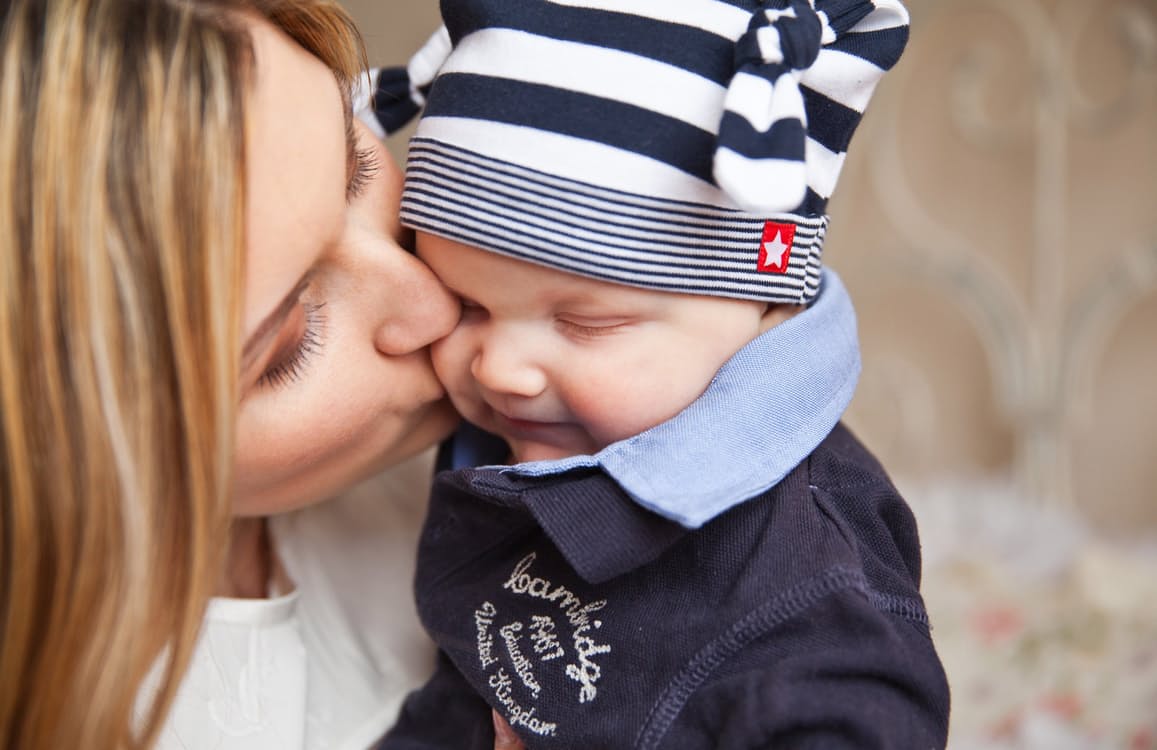 Modern feminists claim that women need abortion to be legal as a matter of “choice.” Women should be able to choose when they become a mother, the argument goes, though a woman is already a mother at the moment of fertilization. Sadly, women are often coerced or pressured into abortions, with threats of homelessness, abuse, or violence — sometimes even from their families. Other times, the pressure comes from the medical community after a poor prenatal diagnosis. But the end result is the same: a woman is left irrevocably changed forever, and an innocent person loses his or her life.

Sometimes, though, a woman is able to say no. Live Action recently featured Suzanne Guy’s story, who was overjoyed to become pregnant after having endometriosis. During an ultrasound at 22 weeks, a specialist told her that her preborn baby did not have any kidneys, that half of her amniotic fluid was gone, and that they suspected a chromosomal abnormality incompatible with life. The specialist said the baby would not survive and that Suzanne was risking her own life, too. Abortion was recommended. Two weeks later, a follow-up ultrasound revealed Suzanne had no amniotic fluid left. Again, she was pressured to abort; when Suzanne asked for more testing, the doctors refused. But Suzanne and her husband fought for their daughter’s life, and she was born at 26 weeks, weighing just one pound, two ounces. She was in the NICU for five months.

Rachel is now an adult, and, Suzanne said, “her heart is that no woman should ever be told by her physician to take her child’s life. Since her birth in 1998, I have been profoundly burdened not only for the preborn, but also for women experiencing unplanned pregnancies. Rachel’s life was used by God to make us aware of the need for each of us to be His voice for the preborn and for women in crisis who need to see Jesus’ compassion and hope.”

Suzanne’s story has since been shared thousands of times, racking up hundreds of thousands of views on Facebook. And many women who saw her testimony were able to relate all too well. 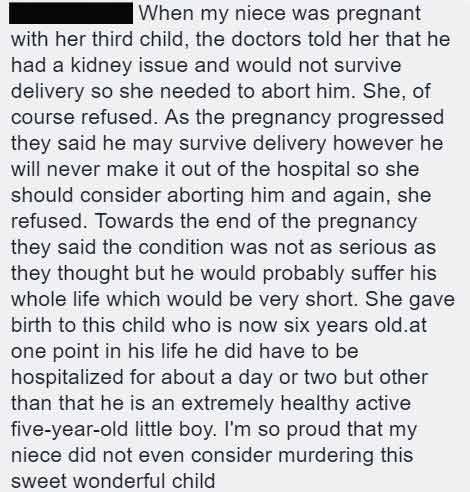 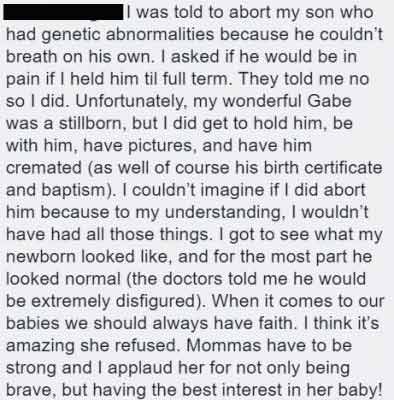 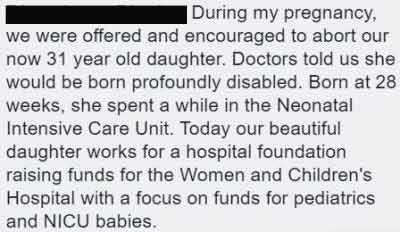 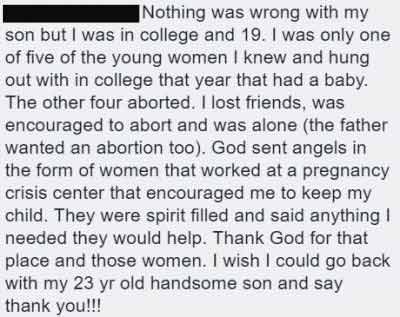 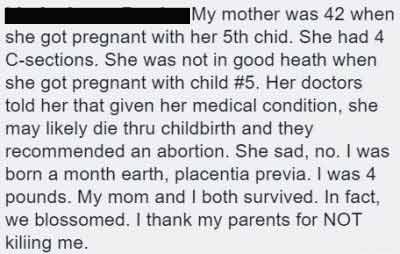 Others responded to Suzanne Guy’s video by email. One respondent wrote:

I was also told not to have my child, in 1983. My Dr said I would never carry her to term and how much harder it would be for me when I miscarried no later then 5 months along. [I] was already a single mother of 2 but I just couldn’t do it and said I would leave it in God’s hands. My Dr was furious but the short end of this story: my daughter is 35 years old and gave me 2 beautiful granddaughters. Drs are not God and they do NOT have the right to behave as if they are. I will continue to pray our country can put a stop to this heinous practice of killing our young before they are born….

Another shared this experience:

[A former co-worker’s] physician told her and her husband the same thing, and even though their baby only lived 5 hours she was able to hold her and has pictures to share with the baby’s two beautiful little sisters.

I also had a physician tell me to abort my daughter due to drug use. Said she would be deformed and mentally retarded both, got angry when I refused. Needless to say, she is beautiful and even entered a beauty pageant at 17, and has 2 degrees. [The doctor] shot himself 2 years later.

It is shameful that women will be pushed towards abortion, whether the issue is that the mother is in crisis, the baby has a disability or is sick. These are all difficult issues, but none of them are crimes deserving of a death sentence. Having a disability or birth defect does not mean a person is better off dead; an unplanned pregnancy does not mean a person should be deprived of his right to life.

No matter the situation, abortion is never the answer.