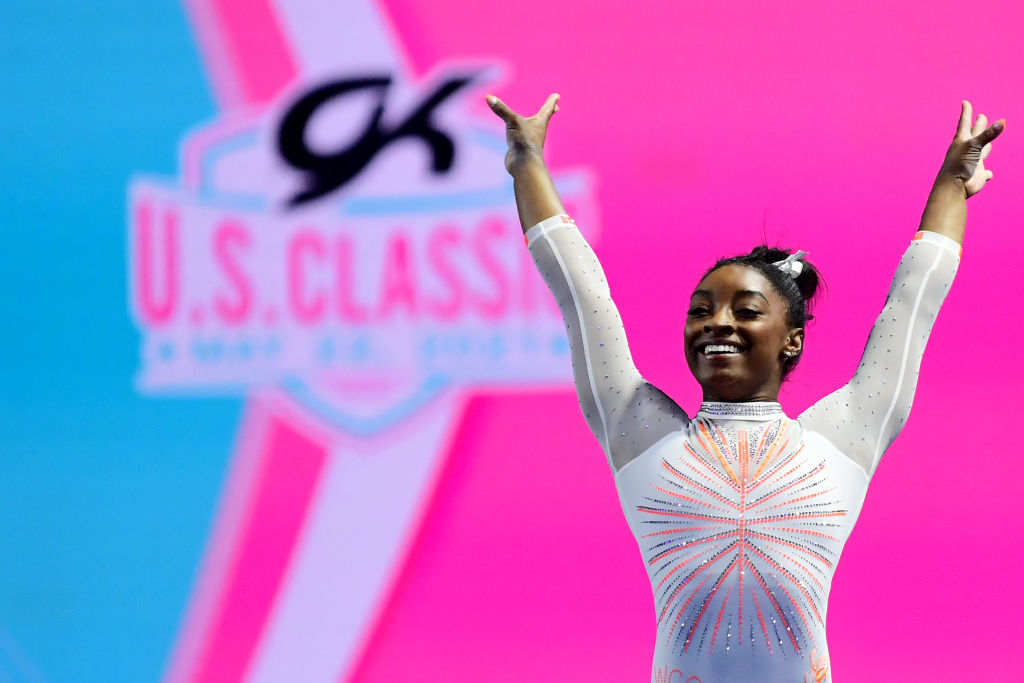 Simone Biles, World Champion and Olympic gold medal gymnast, made history on May 22, 2021, when she became the first woman in history to land a Yurchenko double pike vault. The 24-year-old American gymnast competed at the U.S. Classic in Indianapolis on Saturday, landing the difficult move and walking away with the all-around title. Saturday also marked Biles’ first competition since October of 2019.

The Yurchenko double pike has a 6.6 difficulty score and required Biles to sprint down a runway, perform a roundoff onto a takeoff board, execute a back handspring with a half-twist onto a vault, double somersault off the vault, and land in a piked position.

“I was just thinking to do it like training, don’t try to overdo anything because I have a tendency as soon as I raise my hand to overpower things,” Biles told NBC Sports.

Biles has won every meet she has been in since the 2013 U.S. Championships, including 19 gold medals, the most of any gymnast male or female in gymnastics history. In addition to the extensive hours and work put into becoming a world-class and highly decorated athlete, Biles has overcome seemingly insurmountable odds to achieve her dreams. Her birth mother “struggled with addiction and when Biles was just three years old, she and her siblings were taken from their mother and placed in foster homes.” They were periodically rehomed over the next three years, understandably feeling invisible. Everything changed when Biles and her sister were adopted by their grandfather and his wife.

In a CNN op-ed, Biles said of her suffering as a young child, “Although I was young when my foster care ordeal began, I remember how it felt to be passed off and overlooked. Like nobody knew me or wanted to know me. Like my talents didn’t count, and my voice didn’t matter.”

As Live Action News has previously reported, there are “currently over 400,000 children in the United States foster care system.” Over 100,000 of these children are eligible for adoption. Each of them has his or her own unique gifts and talents waiting to be discovered.