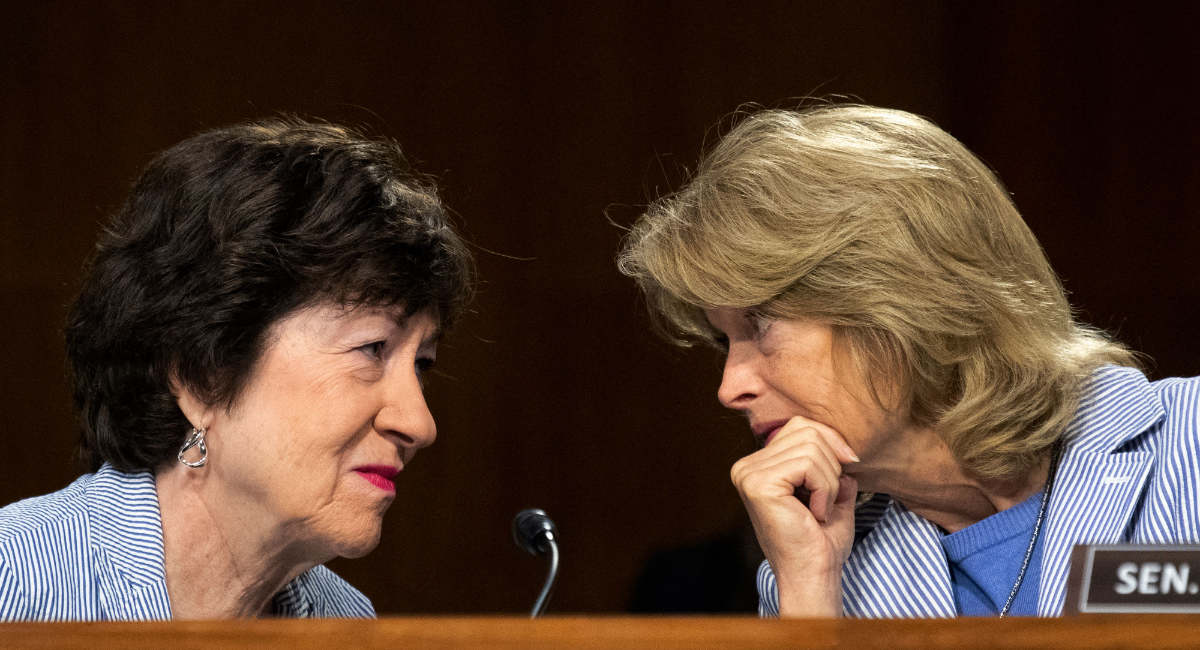 Senators Susan Collins and Lisa Murkowski were two of the few Republicans who, voters thought, might vote in favor of the Women’s Health Protection Act (WHPA). Initially, they introduced an amendment that would codify Roe v. Wade, while removing other portions of the bill, but ultimately, voted against the WHPA in February. Senate Majority Leader Chuck Schumer (D-N.Y.) is working to pass the WHPA again, but Collins and Murkowski have expressed reservations about the bill — because they have their own bill, which would codify Roe into law.

The bill, S. 3713, has been titled “The Reproductive Choice Act,” and would not only codify Roe, but Planned Parenthood v. Casey as well. After the leaked draft opinion from the Supreme Court overturning Roe, the abortion industry is in an uproar. While one may assume that abortion supporters would welcome a bill codifying Roe, S. 3713 has instead been met with controversy.

A letter from 17 abortion rights groups claimed S. 3713 would not do enough to protect abortion.

“[The bill] would not protect the right to abortion. It fails to expressly prohibit previability abortion bans,” the letter read. “The bill’s vague wording could give courts additional arguments to uphold abortion restrictions and previability bans.”

READ: Senate to vote this week on making abortion a ‘right,’ overruling all state protections for preborn

So because the bill would allow states to enact, for example, 15-week abortion bans, the abortion industry does not support it. Yet Collins has said that her bill would have broader support than the WHPA, a bill that would make abortion permissible through all nine months of pregnancy, for any reason, and destroy conscience protections. In a joint statement, Senators Collins and Murkowski explained their reasoning.

“I support codifying the abortion rights established by Roe v Wade. That’s not what the women’s health protection act would do,” Collins said in the statement. “Unlike some far-left activists, Senator Murkowski and I want the law today to be the law tomorrow. That’s why we introduced legislation in February that would enshrine the important Roe and Casey protections into law without undercutting statutes that have been in place for decades, and without eliminating basic conscience protections that are relied upon by health care providers who have religious objections to performing abortions. After today’s vote fails, I plan to continue working with my colleagues on legislation to maintain – not expand or restrict – the current legal framework for abortion rights in this country.”

The legislation before the Senate today goes well beyond the precedent established in Roe and Casey. It does not include the Hyde amendment, which prohibits taxpayer dollars from being spent on abortions – and has been the law almost as long as Roe.It does not include conscience protections for healthcare providers that refuse to perform abortions based on religious beliefs. It explicitly overrides the religious freedom restoration act for the first time. It also allows late-term abortions without any notable restrictions.

Instead of taking yet another failed vote on a wholly partisan measure, I urge Democrats and Republicans alike to recognize that what Senator Collins and I have offered is in line with the views of a strong majority of Americans who support a woman’s right to choose but believe that legal abortion should include reasonable limitations.

Though Collins claims her bill is less extreme than the WHPA, and therefore would have broader support, Americans do not support abortion at the level that pro-abortion politicians claim they do. Most polls showing strong support for Roe are misleading; respondents typically do not understand just how broad Roe is. When respondents are explicitly asked about banning late-term abortions, or allowing individual states to set their own abortion laws, the poll numbers change drastically.