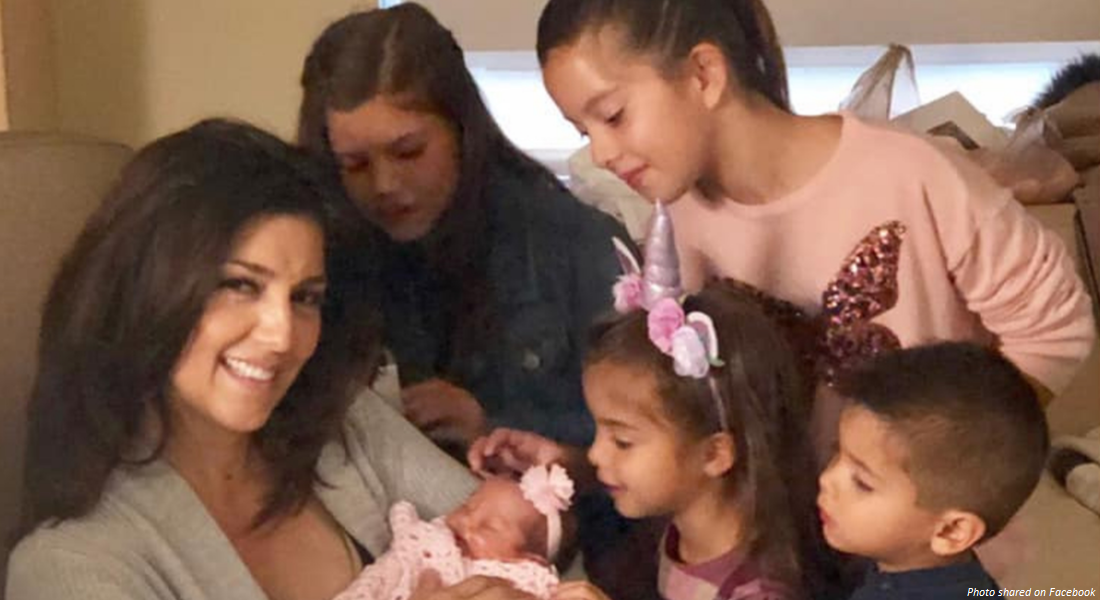 Earlier this year, Rep. Sean Duffy resigned from his position in the United States House of Representatives to focus on his family. He and his wife, Rachel Campos-Duffy — both alums of the MTV reality show “The Real World” — were expecting their ninth child together, and had discovered the baby had a heart defect. This week, their baby girl was born, and that baby has a little something extra to love: an extra chromosome! Daughter Valentina StellaMaris has Down syndrome.

In August, Duffy took to Facebook to announce his resignation and explain why he was stepping down. “Recently, we’ve learned that our baby, due in late October, will need even more love, time, and attention due to complications, including a heart condition,” he wrote. “With much prayer, I have decided that this is the right time for me to take a break from public service in order to be the support my wife, baby and family need right now.”

The baby ended up being born a month early, and Duffy explained that their daughter would not only need open heart surgery within a few months, but also would have developmental delays, leading some to speculate that the little girl has Down syndrome. Yesterday, that news was confirmed, when Campos-Duffy made the announcement on her Facebook page.

Campos-Duffy said that Valentina remains in the NICU, and is the “sweetest, most perfect angel we’ve ever seen.” She also said that she does, in fact, have Down syndrome. “Valentina was born with a heart defect (2 holes in the heart and valves that need to be fixed). She will need surgery in 3-4 months,” Campos-Duffy wrote. “As we suspected, Valentina was also born with an extra chromosome, which means she also has Downs Syndrome. That extra chromosome certainly made her EXTRA cute. Life is wonderful!!” Both parents report that the family is already very much in love with their beautiful little girl.

Duffy is an outspoken pro-life advocate, including fighting for minority children to be protected while in the womb.

Congratulations to the Duffy family!