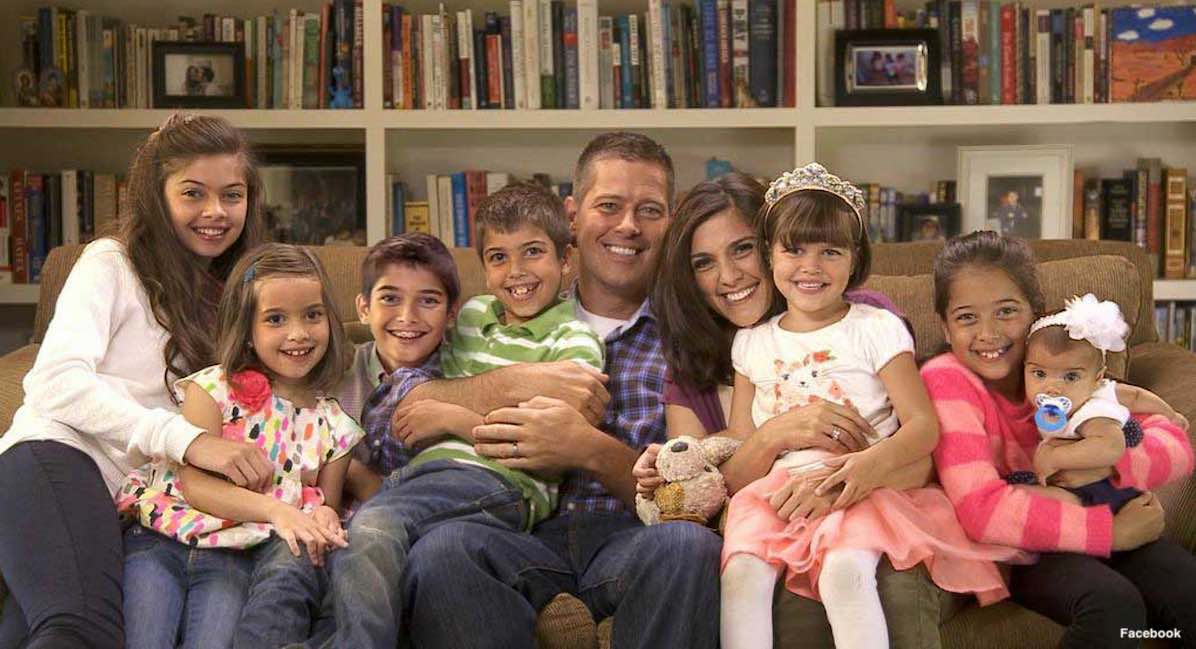 Congressman Sean Duffy (R-Wisconsin) announced Monday that he will be stepping down from his position as U.S. Representative, which he has held since 2011. He said the decision comes after learning that his new baby girl, due in October, has received a prenatal diagnosis. Duffy and his wife Rachel Campos-Duffy met on the MTV reality show The Real World and have been married for 20 years. This baby is the couple’s ninth child.

“Recently, we’ve learned that our baby, due in late October, will need even more love, time, and attention due to complications, including a heart condition,” Duffy wrote on Facebook. “With much prayer, I have decided that this is the right time for me to take a break from public service in order to be the support my wife, baby and family need right now. It is not an easy decision – because I truly love being your Congressman – but it is the right decision for my family, which is my first love and responsibility.”

The couple announced their pregnancy in May, sharing a sonogram video and stating, “God isn’t done with our family yet! Baby number nine coming to the crew this fall! @Rcamposduffy said it best – we aren’t crazy, we are just full of hope for America’s future!”

God isn’t done with our family yet! Baby number nine coming to the crew this fall! @rcamposduffy said it best – we aren’t crazy, we are just full of hope for America’s future! 🇺🇸

Duffy has been an outspoken supporter of the right to life, speaking out against the media’s silence regarding infamous late-term abortionist and convicted killer of abortion survivors, Kermit Gosnell. He has also called for the protection of minority preborn children that are targeted for abortion by the abortion industry. He plans to leave office on September 23 and has requested prayers for his family.

“I will be forever grateful for and humbled by the faith and sacred trust you have put in me all these years,” he wrote. “I am especially grateful for the prayers said on behalf of our family. We hope they keep coming! I will miss being your Congressman, but I am also looking forward to having more time with my family, being home for more birthdays and hockey games, and having time to enjoy and care for our new baby girl, who is already so loved by our family.”