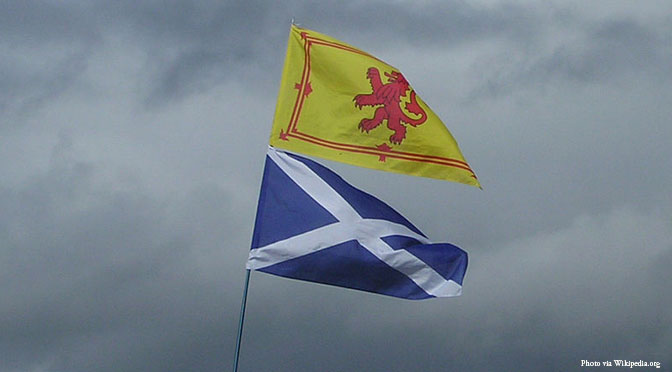 A new pro-abortion campaign in Scotland is seeking to ban pro-life citizens from exercising their right to free speech outside of abortion facilities. Launched by students from Edinburgh University, the campaign claims women are being harassed when they enter abortion businesses. In reality, what abortion advocates see as harassment is actually welcomed support for countless women who are conflicted about abortion.

The campaign claims that by praying outside of the abortion business and handing out pro-life information, pro-life activists are “intimidating” women. The students who launched “Back Off Chalmer’s” focused on one specific location; however, they have expanded the campaign with a sister site in Glasgow. Together, the two campaigns are known as “Back Off Scotland.” It has called on the Scottish Government to create 150-meter (about 492 feet) “buffer zones” at abortion businesses, including hospitals, across Scotland. The group said it hopes to add more campaigns around the country.

The pro-life groups being targeted include 40 Days for Life, local organizations, and the international group Helpers of God’s Precious Infants. These groups exist to help women solve the problems in their lives that are causing them to abort, such as lack of housing, lack of emotional support, or lack of finances. Many women are grateful for the real, tangible help offered by pro-lifers. The organization Be Here for Me shares these stories of gratitude from women who have been helped by the pro-lifers present outside abortion facilities.

Back Off Scotland has partnered with the British Pregnancy Advisory Services (BPAS), the largest abortion business in the UK. The group’s new CEO Clare Murphy is scheduled to take over in January 2021 and called that the significant rise in the number of abortions in 2020 “one of the few healthcare success stories in this pandemic.” Killing babies is a “success” for BPAS.

Lucy Grieve, Head of Policy for Back Off Scotland, told Edinburgh News, “Our ultimate goal is for all clinics throughout Scotland that provide abortion services to be free of harassment and accessible to all. The Back Off Scotland campaign believes that this should be formally written into law.” This would be a direct attack on free speech as well as the rights of women to access life-affirming resources which abortion businesses don’t tell them about. Women deserve to have all the information to be informed of their options before making a life-altering decision like abortion.

A woman named Sara told Be Here Now that after her partner left her at 22 weeks pregnant, she felt “strong pressure to have an abortion” and that she “had no other choice.” Her doctor scheduled her an appointment at BPAS Richmond when she was 23 weeks pregnant and her baby was viable. She cried as she saw her baby on the ultrasound and afterward went outside and met a pro-life activist named Justyna. Sara told her about her situation and Justyna told her about the Good Counsel Network which found her a place to live and helped to support her.

She added, “It makes me angry to see people saying the help and support I was given outside the clinic should be banned. These people say that other people should not be allowed to offer help to women like me because that is harassment. They do not speak for me.”

By working to ban pro-lifers from having a presence outside of abortion facilities such as BPAS, Back Off Scotland will be preventing women like Sara from receiving concrete support, and in doing so will be leaving women in desperate situations to choose abortion, and later the potential pain of abortion trauma with an increased risk of depression, alcohol and drug use, and suicide.