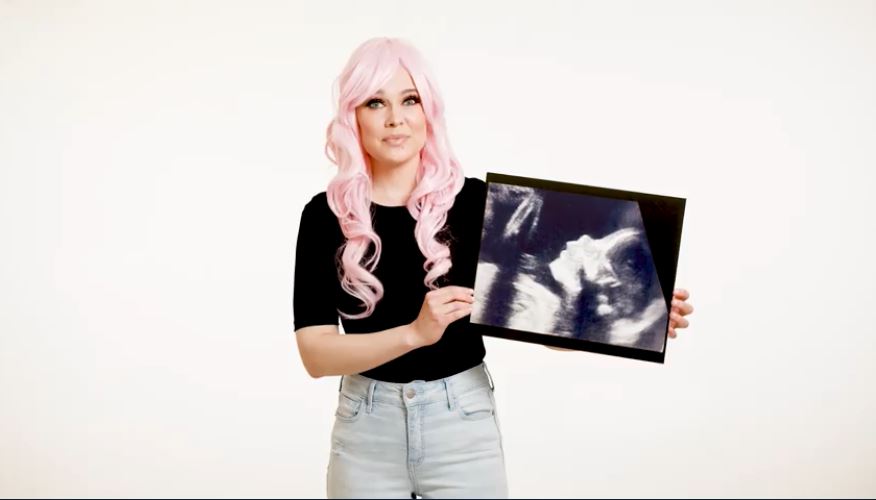 Canadian pro-life group Choice42 (“Choice for Two”) has released a new video satirizing the pro-choice mentality that some babies are better off aborted. In her signature pink wig, Laura Klassen points out the idiocy and blatant discrimination of this common pro-choice argument.

“This child was almost born into poverty,” she begins while holding an ultrasound image, “but we killed her in the nick of time. She’s way better off dead. Just saying.”

Watch “Better off Dead” below:

As the video cuts from ultrasound image to ultrasound image, Klassen points out each of the supposed flaws in the preborn children that the abortion industry uses to justify aborting them.

“This kid had a genetic defect. This one had Down syndrome… yeah. Ooh, this one was missing a toe. That’s just weird. You’re welcome, baby. Saved you from a lifetime of hardship. No one has ever risen above their circumstances,” she says.

Through the humor, Klassen and Choice42 point out how cruel and inhumane it is to target a human being for abortion based on any of the myriad of excuses the abortion industry uses to keep abortion legal. It may seem ludicrous to think that a baby would be aborted because of a missing toe, but something as minor as that is enough for an abortionist to legally commit an abortion even days before birth.

Choice42 also tackles the issue of abortion in cases of rape in this video as Klassen takes note that she can’t figure out which of the babies is the one conceived in raped based on their ultrasound images.

“I wouldn’t want to see anyone born into a less than perfect life. That’s just not humane,” she says. “We kill them because we care.”

Choice42 has become well-known in the pro-life movement for satire videos pointing out the obvious flaws in pro-choice logic. “The Magical Birth Canal,” “No Uterus, No Say,” and “Blue Hair” have been viewed ten of thousands of times.