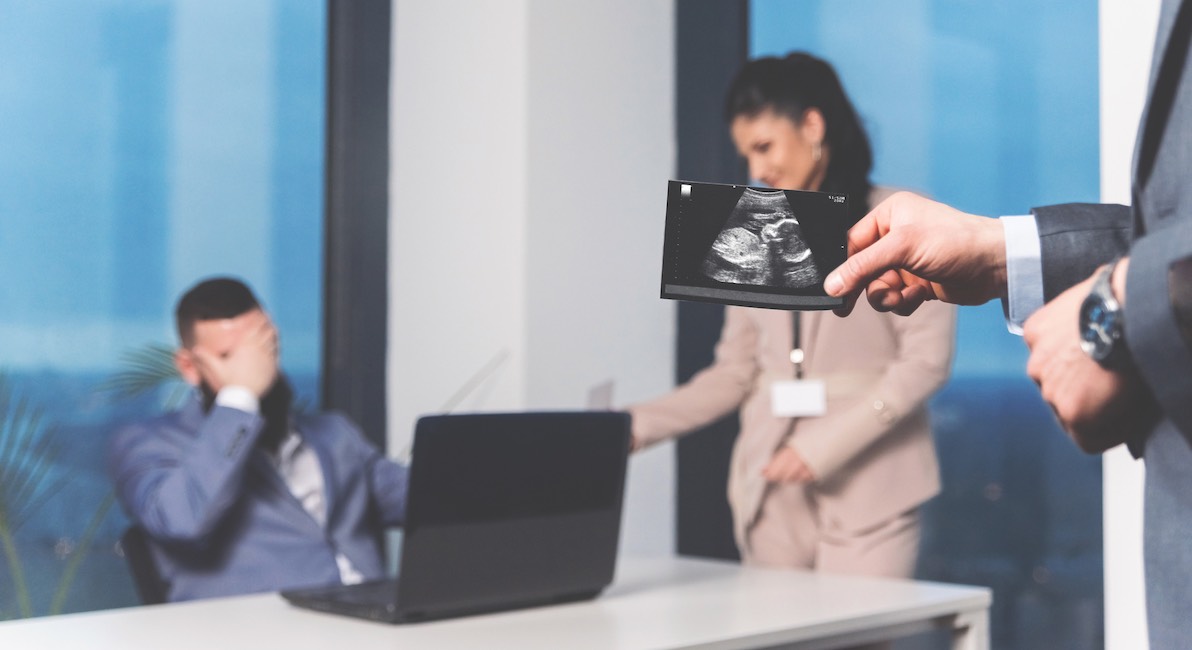 A new report has abortion activists cheering — but is it actually good news for women? Titled “Hidden Value: The Business Case for Reproductive Health,” the paper examines how access to abortion allegedly helps American businesses thrive. Yet what isn’t acknowledged is that abortion has always been used in numerous industries to essentially punish women for their biology. Abortion may be beneficial to the corporations that hire women, but does that make it feminist?

In “Hidden Value,” it is argued that the widespread usage of birth control and abortion mean businesses should be embracing both, claiming that “companies are often unaware of the benefits they provide for reproductive health and often may unintentionally limit contraceptive options and restrict coverage for abortion” (emphasis original). Therefore, the report released by Rhia Ventures argues that businesses should be making abortion a priority, because of five ways it can benefit them.

Widening the Pipeline and Attracting Talent

By providing access to birth control and abortion, the report claims businesses will have more employees to hire. “Women in states with better access to contraception have higher rates of labor force participation and more frequently pursue full-time employment,” the report said, adding, “By supporting comprehensive reproductive health access, companies can improve their own competitiveness for talent, especially among younger workers.”

All this does, however, is maintain the status quo. By sending the message that a business openly supports birth control and abortion, female employees are likewise being given a warning: at best, pregnant employees are not a priority; at worst, pregnancy is not accepted.

When so many women already face pregnancy discrimination, it’s disturbing to point out that women are more likely to remain employed as long as they’re able to either stay on birth control or get an abortion. This is a reminder of the idea that women’s bodies are somehow inferior, and should be made to function like men’s bodies do — and not get pregnant.

In this section, the report veers off into truly offensive territory:

Women who cannot access abortion when needed are three times more likely to be unemployed and four times more likely to have a household income below the federal poverty level. Contraception and abortion access are also tied to women’s ability to invest in education and training, ultimately affecting opportunities for advancement. As a result, lack of access to reproductive health care may heighten attrition and turnover costs.

It’s not surprising at all that women who aren’t able to get an abortion are more likely to be unemployed. Why? Because their employers fire them or refuse to promote them! This kind of pregnancy discrimination is endemic, happening at companies like Google, UPS, and of course, Planned Parenthood. The answer to discrimination is not to placate the oppressors; it’s to make it to where no woman is pressured to choose between her child and her career, or her education, or her safety, ever again. But considering that Rhia Ventures is a pro-abortion investment firm, is it all that shocking that, for them, the answer is not to argue for more family-friendly workplace policies, but to simply tell businesses to make abortion more readily available?

When it comes to insurance, paying for a woman’s prenatal care, labor and delivery costs, post-partum care, and then for health care for her new baby… well, it all adds up. Know what’s a lot cheaper? Abortion!

“Reproductive health benefits, particularly contraception and abortion, are inexpensive relative to companies’ overall health care costs,” the report said, while claiming that birth control and abortion can be expensive for a woman to pay for herself, out of pocket. The same argument could be made about women having to pay for prenatal and pediatric care out of pocket — but of course, for an abortion organization, the answer is never to make greater resources available so women don’t have to choose abortion. It’s always to make sure it’s easier for her to kill her preborn child.

Delivering on Diversity and Inclusion

In a bizarre inclusion that seems to be grasping at straws, the report tried to claim that diversity is a reason for needing easily accessible abortion. “80% of the world’s largest public companies have made a public commitment to gender diversity,” the report read. “To achieve these commitments, companies must consider how their benefits, including coverage for reproductive health, support an equitable workplace.”

If diversity really is the goal, then employers should be working to make sure women are fully supported in the workplace — and that means not punishing them for being women with reproductive organs that can carry children. As long as men’s bodies are considered the standard, women who get pregnant and bear children will be seen as a problem. Accepting women’s bodies as they are would be true diversity and inclusion.

The final point in the report is that companies should be prepared to support abortion as a means of appeasing their stakeholders, because people now expect “corporations to take stands on social issues.” And this may be true; it’s certainly trendy for companies to make a lot of noise about not supporting pro-life states. But it’s more important to truly help female employees than to have the mere appearance of “taking a stand” on trendy social issues. Pregnancy discrimination is something that happens all the time… yet it is the supposed lack of abortion access that gets the attention. As Forbes pointed out, even the possibility of pregnancy can derail a woman’s career.

It is anti-woman to publish a report actually arguing that more companies need to support abortion, with a list of reasons why it’s good for their bottom line. Women’s bodies should not be sacrificed for anyone’s profit margins, or because it’s easier to keep an employee than find a new one, or because insurance costs for pregnancy and newborns are too expensive. It’s exploitative, unethical, and misogynistic.

Abortion does not empower female employees. It simply allows injustices and discrimination to continue.