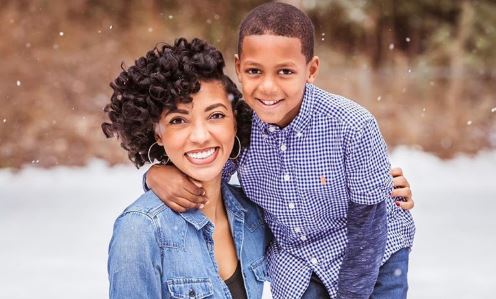 Twenty years old and about to apply to law school, becoming pregnant was not in Cassie Juste’s plans. So when she discovered she was expecting a baby, she thought she had no choice but to schedule an abortion. But amidst all of her fears and uncertainties, there was one voice that stood out among the rest — her sister — who urged her not to abort. Eight years later, Juste has no regrets about choosing life.

Feeling numb from the shock of being pregnant, Juste began to panic. She was scared of what her parents would say, concerned she would disappoint them, and filled with fear of the future and what people would say about her. She thought she needed to “fix it” and that the way to do that was through abortion.

“My brain couldn’t even come to terms with the possibility of becoming a mother,” Juste told Live Action News. “I was on a four-year tuition scholarship for school and I knew I couldn’t take any time off so my default thought was ‘you have to get an abortion.’ I called the Planned Parenthood in the city where my college was located, on the same day I found out I was pregnant.” 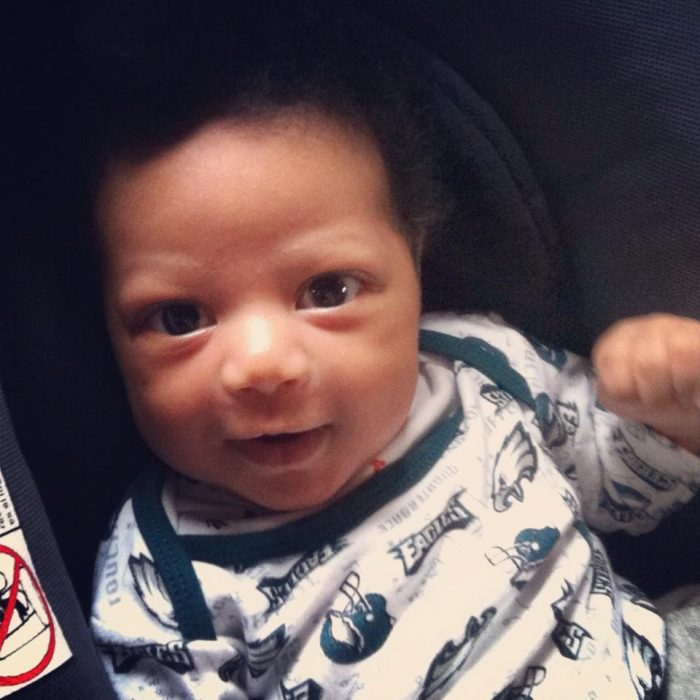 But almost immediately after scheduling the abortion, Juste began having second thoughts. She said she knew that life was a gift from God and felt that she shouldn’t be ending the life of a child simply because she didn’t feel ready to be a mother. She turned to her older sister, the first person she told about the pregnancy.

“[H]er immediate response (after bursting into tears) was ‘please don’t get an abortion.’ She promised to help me think through other options and to support me if I chose adoption or if I chose to become a mother,” said Juste. “She sent me a care package and a letter reminding me how precious the life I was carrying was. If I had any reservations about keeping my baby, my sister dedicated all of her efforts to making sure I knew that I was supported and cared for and that she would help me figure out what the future looked like!”

As Juste told her friends about the pregnancy, they told her not to put her life on hold for a baby and not to put aside her dreams, as if becoming a mother somehow meant that everything else in her life would come to an end. Her sister was the one person telling her, “You can do this!” Her sister reminded her that she was strong and capable — that she could be a mother and continue to pursue her dreams and goals.

READ: One in five undergraduate students are raising children. It’s time to make sure they get the help they need. 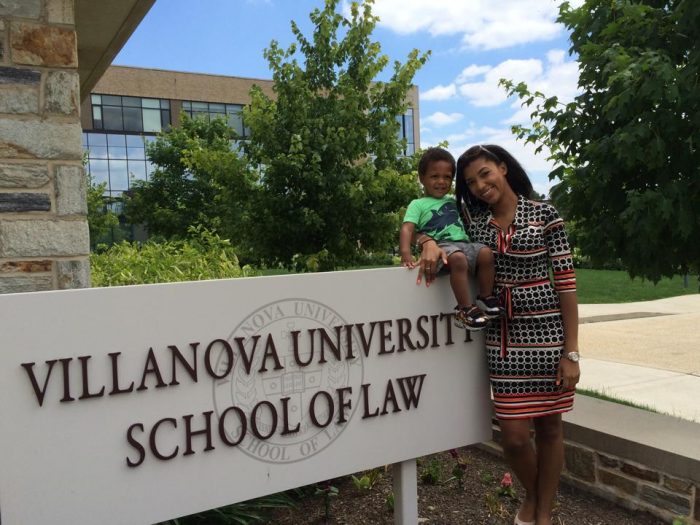 Cassie Juste and Cameron after her first year at law school. Photo via Facebook.

Juste decided to cancel her abortion, but it meant she would have to tell her parents about the baby. She was scared. Her family had come from Haiti to the United States and her grandfather had worked hard to make sure each of his children graduated from college. She knew that they expected her to return from school with a diploma, not a baby. She had to approach her father, whom she calls a “very pragmatic guy,” armed with a plan.

“I came to him after talking to my academic advisor to make sure I could still graduate on time and after confirming my dad’s insurance would cover the labor and delivery,” she said. “[…] I parked in his driveway and cried and said, ‘God, if I do this you have to promise you aren’t going to leave me!’ Because I felt like a crazy person for even considering becoming a parent at the time.”

After telling her parents, her father told her to consider all of her options. Her mother told her to have an abortion. Juste refused, and her mother told her she was not willing to stand by “while I threw my life away.” Her mother refused to even speak to her for weeks, hanging up on her with each phone call in which Juste told her that, no, she was still not having an abortion. Upon hearing the news, other family members called to encourage her to abort, telling her she would otherwise be throwing her life away.

Eventually, her parents came around. And when her son Cameron was born, Juste’s father arrived at the hospital proud to meet his grandson. Juste is also proud of her decision to choose life and of everything else she has accomplished. 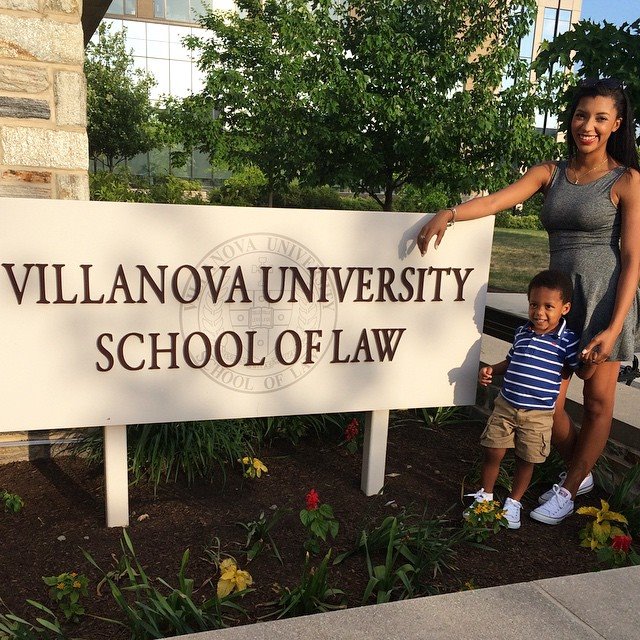 Cassie Juste and Cameron after her second year at law school. Photo via Facebook.

“I can’t describe how much joy Cameron has brought into my life,” she explained. “He has made every moment in life so much sweeter. And not only that but he has given me motivation to work harder than I ever thought possible.”

During the semester in which Cameron was born, Juste was studying to take the LSAT in anticipation of applying to law school. She was also taking classes and working. With all that was going on, she was still able to make the Dean’s List. She continued on to graduate school and then law school.

“People say, ‘How did you survive law school with a baby?!’ And I say, ‘I don’t think I would have survived without him!’ Being Cameron’s mother gave me so much perspective,” she said. “Being Cam’s mother is what God used to lead me back to Himself and show me what a real relationship with Him looks like!”

Today, Juste and her son Cameron continue to do well. She has had full support from his father, with whom she co-parents. The two are close friends and she is grateful for the family God has given her. She wants women who may be facing an unplanned pregnancy in a situation like hers to understand that abortion is not their only option. She wants them to know that there is help available, and that most importantly, women are capable of being mothers even when it feels impossible.

Becoming a mother has given Juste joy and a sense of empowerment that abortion just doesn’t give. Abortion says women can’t, but choosing life, says Juste, shows that they can. “You can choose life,” she said, “and still pursue the plans the Lord has for you and He will NOT forsake you!”