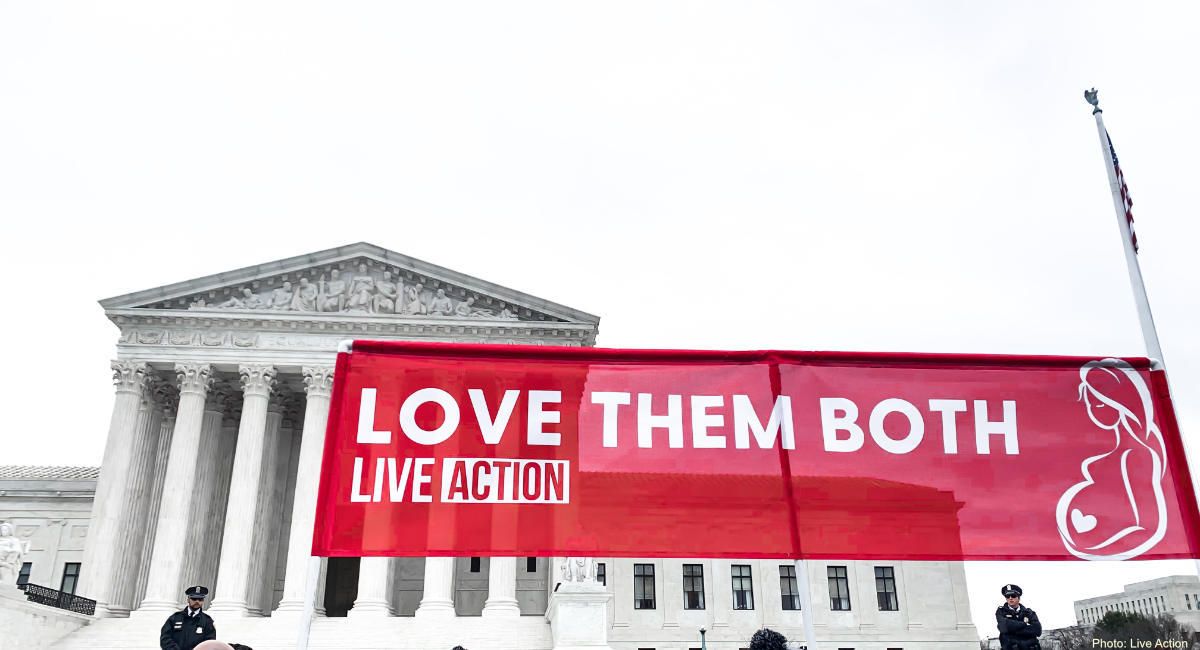 The social media account So You Want To Talk About (SYWTTA) recently decided to take on the idea of “pro-life hypocrisy” in one of its posts — which did little more than help to prove that abortion supporters don’t have a clear picture of the depth of the pro-life movement and the many services it provides for women, children, and families.

The nine-slide post on Instagram is filled with inaccurate and generalized comments about pro-lifers. Each accusation is proof that SYWTTA didn’t actually do any research into what pro-lifers do or believe but instead perpetuated abortion industry talking points meant to mislead Americans about the pro-life movement. 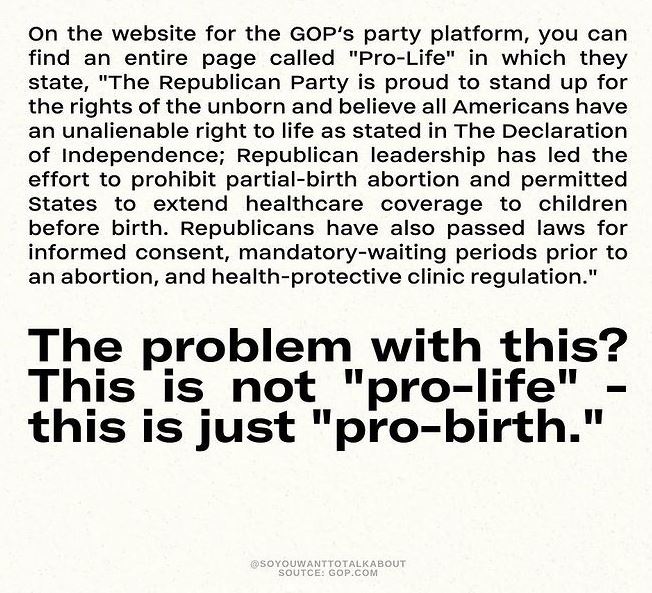 SYWTTA begins by focusing on pro-life Republicans, attacking them for their supposed flaws, but completely fails to mention the existence of pro-life Democrats. Being pro-life is a value that anyone of any political leaning can and should hold. The abortion industry leads women to believe they cannot be good mothers to their children if they are undereducated, unmarried, of a certain age, or of a certain tax bracket. But women and babies deserve better than abortion as a solution to their current socioeconomic status, and pro-life politicians know this — no matter their party affiliation. 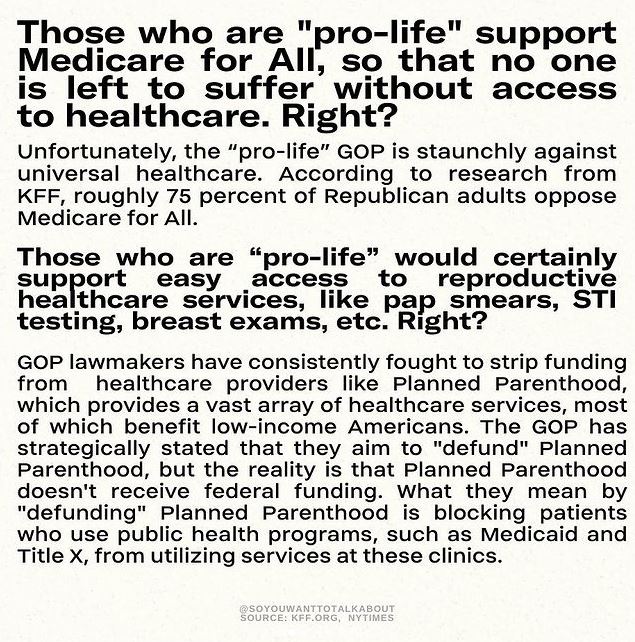 Health care for all

SYWTTA assumes all pro-lifers are against Medicare for All. Given the broad array of pro-lifers, this is unlikely; but for those pro-lifers who are against the government-funded health care program, there is a good reason. It isn’t about not wanting health care for all but about wanting equal health care for all. In countries with health care systems run by the government, people with chronic health conditions and disabilities are often forced to wait or miss out on life-changing medications because of the cost. For example, in the United States, new “miracle meds” for cystic fibrosis (CF) are being approved and dispensed in record time for patients with CF. Yet in the UK and Canada, many patients are still waiting for these meds years later. In Canada, where one such medication was just approved, only certain CF patients are allowed to get the medication due to flawed reasoning on the part of the government that proves officials in charge do not understand the condition as they should.

There’s no way to know how many pro-lifers favor comprehensive sex ed and how many do not, but SYWTTA makes the incorrect assumption that all pro-lifers are against it. Those pro-lifers who oppose it do so because it has been shown to cause more harm than good to children.

A 2020 study found that of 103 comprehensive sex ed programs, only six showed evidence of “real effectiveness” without any negative effects after 12 months. Yet, there is no proof that even these six so-called successful programs actually curbed teen pregnancy or STDs. However, 16 separate studies showed that comprehensive sex ed has negative effects on teen sexual health and behavior, making teens more likely to engage in risky sexual behavior and more likely to have increased pregnancies, STDs, and more sexual partners. Comprehensive sex ed also increases the risk that teens will participate in sex for pay.

SYWTTA makes the assumption that pro-lifers are focused on “avoiding unwanted pregnancies,” but the focus is actually about preventing deaths by refusing to kill already-conceived children who are deemed “unwanted” by their biological parents. No child is truly “unwanted” — for every child placed for adoption, there are 36 families waiting to adopt. In addition, 64% of women who have had abortions say they were pressured into doing so — which means they actually wanted their babies but were convinced by outside influences that they shouldn’t be mothers.

This is a horrific tragedy that pro-lifers are working to stop. Every child is wanted.

Contraception does not lead to fewer abortions

Access to contraception does not have a direct connection to the declining abortion rate, despite the claim that contraception reduces abortion. Two separate studies found that more than half of women who seek abortion report using birth control during the same month they became pregnant. Both of these studies were conducted by pro-abortion groups: the Guttmacher Institute and the British Pregnancy Advisory Service.

Birth control is not medicine

While SYWTTA advocates for free birth control provided by employer health care plans, birth control is not medicine — it is an elective pill/patch/IUD that can carry serious health risks for women such as blood clots, stroke, depression, and death. Certain birth controls can also act secondarily as abortifacients, killing a newly created human being without her mother even knowing she ever existed. There are countless life-saving medications that Americans struggle to afford; those should be on the top of the priority list for free or reduced-cost medication, not birth control. 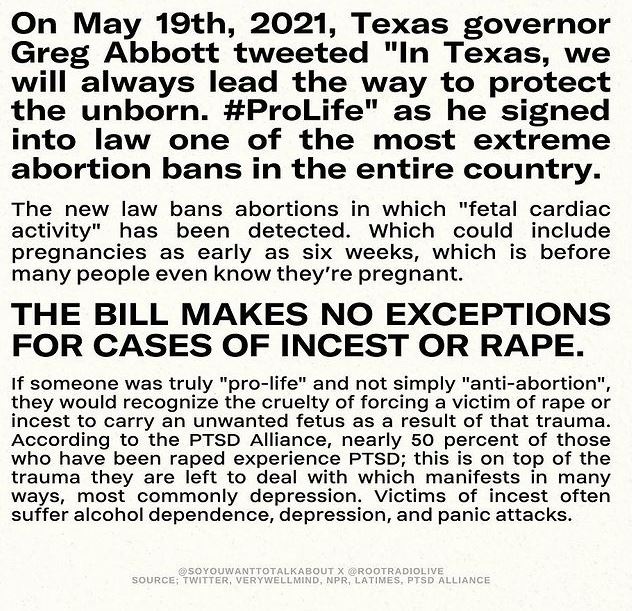 Every human life deserves protection even “as early as six weeks”

SYWTTA dismisses six-week-old human beings when discussing Texas’ heartbeat bill which restricts abortion until before a heartbeat can be detected — usually at about six weeks. A human being’s humanity is not dependent on her age or location. Just because a newly formed human being is small with a heart that has been beating for just a short time (beginning at day 22 post-fertilization) does not mean she should be targeted for abortion.

Science proves that human life begins at fertilization — not at birth — and has long used a heartbeat as the determining factor of whether a person is alive or dead. The existence of a heartbeat has never meant that an organism was not alive.

SYWTTA complains that the Texas abortion restriction does not include an exception for rape survivors, but the assumption that abortion should be used to kill any child conceived in rape is discriminatory. There are countless people alive today who were conceived in rape — and they are aware that people believe they should have been aborted.

Still, the SYWTTA says that survivors of incest and rape can suffer from alcohol dependence, depression, and panic attacks. But this is also true of women who abort their babies. Abortion after rape is not a Band-Aid and cannot take away the trauma of rape. Abortion is actually a second trauma inflicted on the woman, as those who have been through it have testified. One woman regretted her abortion after rape so deeply that she became suicidal and believed “hell would be better” than living after her abortion. 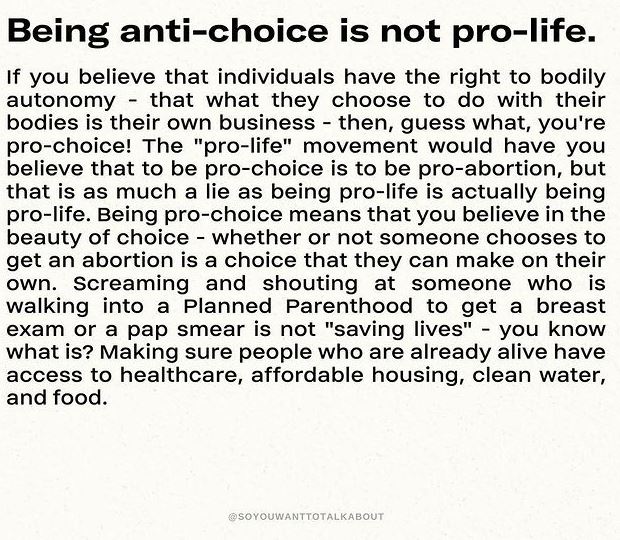 Claiming Planned Parenthood is a main source of health care for women across the country is false.

SYWTTA says pro-lifers should make “sure people who are already alive have access to healthcare, affordable housing, clean water, and food.” Preborn human beings are alive otherwise they wouldn’t be growing and changing. They wouldn’t have heartbeats and brain waves.

In addition, pro-lifers do ensure that women have access to health care, affordable housing, water, and food when they visit a pro-life pregnancy center. These centers help women secure the resources they need so that they can confidently choose life. Depending on the woman’s needs, pro-life centers can help women access health care, earn degrees, get vehicles/transportation, or find safe housing. 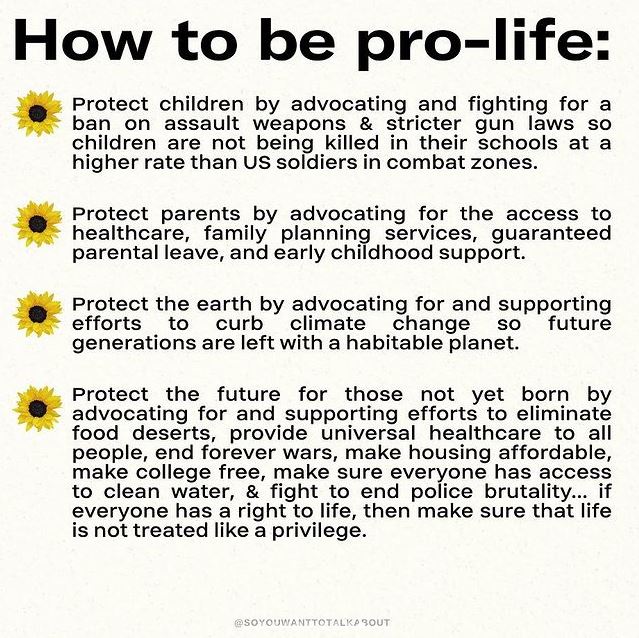 What does it mean to be pro-life?

SYWTTA gives tips on how to be pro-life, which proves they know nothing about pro-lifers. Pro-lifers already do much of what SYWTTA claims they don’t.

However, the group ironically also claims that pro-lifers should “make sure that life is not treated as a privilege” when it is actually abortion supporters who believe life is a privilege and not a right. They prove this by discriminating against preborn children with disabilities, preborn children of disadvantaged women, and children conceived in rape. Life is not a privilege for those considered “planned,” “wanted,” or “normal.” It’s a right for everyone from the moment of fertilization. If abortion supporters care about the next generation, killing nearly a million of that generation every single year in the U.S. isn’t the way to show it.

Abortion advocates continue to spread myths about the pro-life movement, but their lies will never be able to silence pro-life efforts. It is hypocritical and sexist for them to claim they support women while telling them they are incapable of being mothers. The dedication of the pro-life community to help mothers succeed and confidently choose life will continue until abortion is unthinkable.