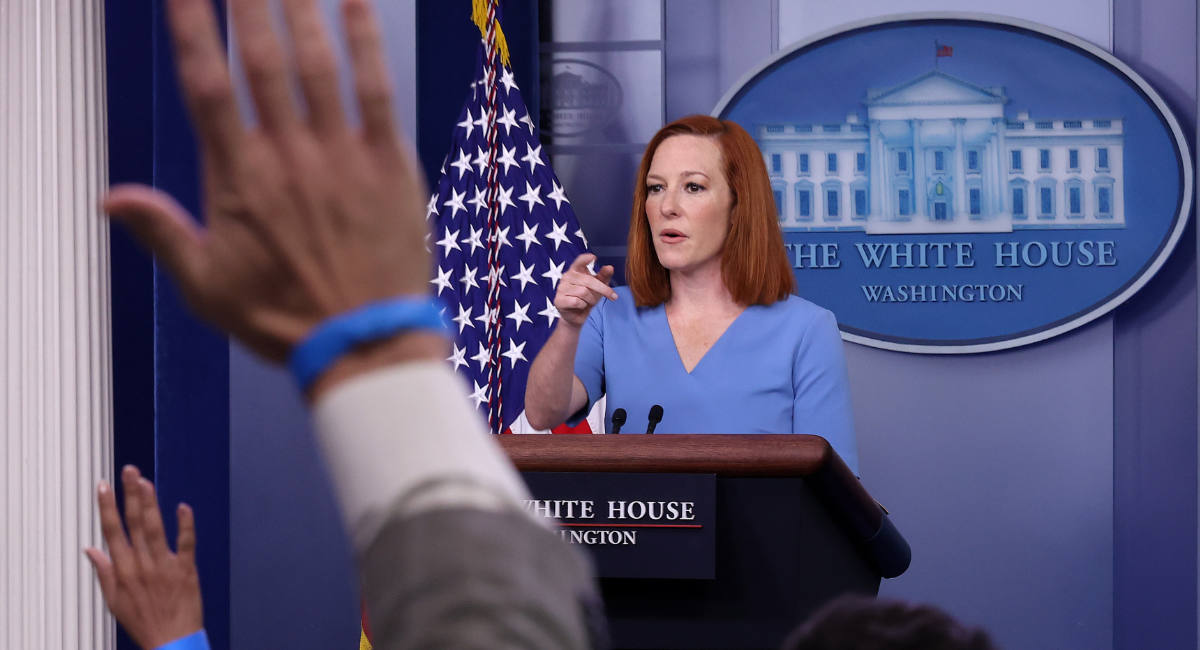 The abortion industry is coming out swinging against the recently passed heartbeat bill in Texas. Under the new law, which was signed by Gov. Greg Abbott last week, elective abortions are not allowed after a preborn child’s heartbeat can be detected. And abortion activists are wasting no time condemning it.

The Biden administration attacked the new law in a press conference, in which White House Press Secretary Jen Psaki reminded Americans of Biden’s unwavering support for abortion. “This is the most restrictive measure yet in the nation, and the most restrictive, recent assault on women’s fundamental rights under Roe v. Wade and critical rights continue to come under weathering and extreme attack around the country,” Psaki said. “But certainly the president supports and believes we should codify Roe v. Wade. And that is his view regardless of these backward-looking steps that are being taken states … it’s by states.”

Rebecca Marques, the Texas state director of the Human Rights Campaign, tweeted that the bill is “gross” and asked for people to donate to pro-abortion groups in response. “It’s a cruel abortion ban that hurts Texans,” she wrote. “There’s no exceptions for rape or incest. And it empowers rapists and abusive partners.” Marques failed to note, of course, that rapists and abusers frequently use abortion to cover up their crimes — not the other way around.

Planned Parenthood President Alexis McGill Johnson responded to the bill in an MSNBC interview, calling it “diabolical” and vowing to fight back. She also emphasized the need for Roe v. Wade to remain in place for the abortion industry. “We know in a number of states, because of the trigger laws, there will be 25 million women without access to an abortion provider,” she said. “The impact and the extreme burden on those people seeking to access abortion is going to be incredibly intense. We have to think about how we support them, how we make sure that we are creating a right structure for them to gain access, just as we have seen over the last year in particular.” Rather than provide women with the support they need to keep their babies, Johnson is only concerned with how to get those vulnerable women through Planned Parenthood’s doors.

READ: Legalized evil: An abortionist’s own words reveal the barbarity of abortion

Additionally, Planned Parenthood Texas Votes slammed the state of Texas for having high maternal mortality rates, something abortion does nothing to improve.

Despite the hysterics from the abortion industry, polling found that 49% of Texas voters support a ban on abortions after six weeks, about the time an embryonic heartbeat can be detected. A third of Texans would also support an outright ban on abortion if Roe v. Wade was overturned. Research has found that the heart begins to beat as early as 16 days after fertilization. What is actually “gross” and “diabolical” is abortion itself, which exists solely to kill an innocent human being in an extremely violent manner.