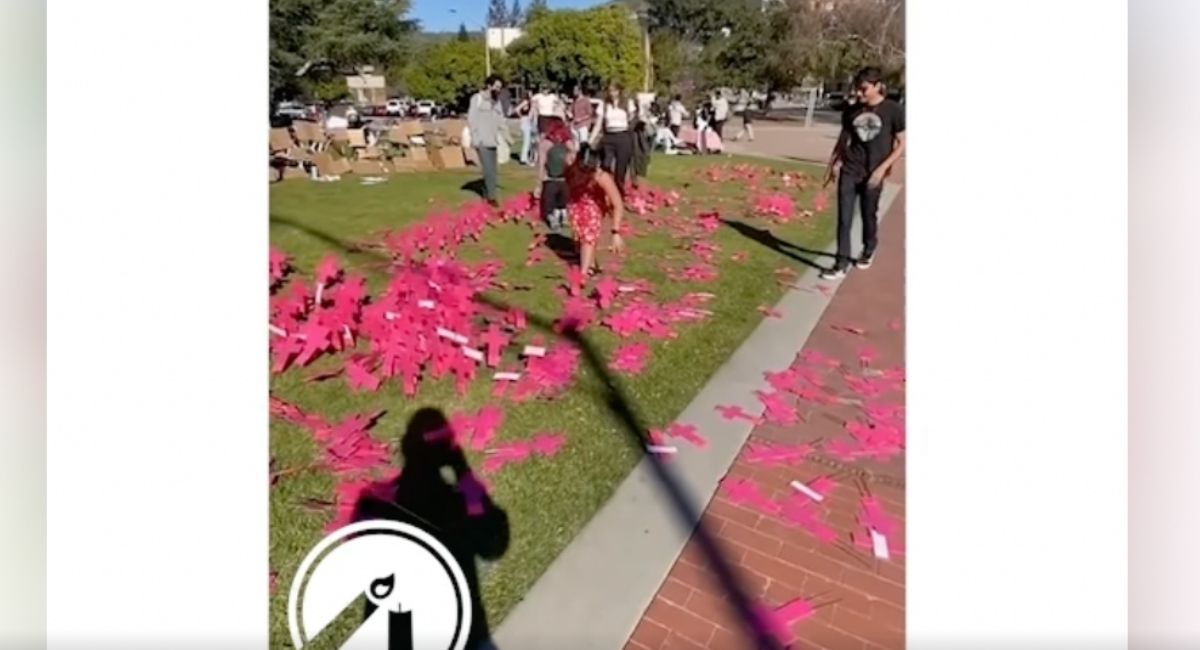 According to Students for Life of America, the pro-life group at California Polytechnic University in San Luis Obispo set up a display of pink crosses, symbolizing the preborn lives taken by Planned Parenthood. But the event quickly soured once pro-abortion students came around. Three separate times, these students stole portions of the pro-life display.

In the first incident, some of the pro-life signs were stolen. When the pro-life students asked for them to be returned, those responsible for the theft refused, leading the pro-life students to call the campus police. Later, when a second person stole signs, Students for Life of America (SFLA) North California Regional Coordinator Lea Kalinowski followed the thief into a classroom. The students in the classroom applauded the thief and recorded Kalinowski as she asked for the signs to be returned. One person shouted that she was pro-science, to which Kalinowski replied, “That’s great. I’m pro-science, too. That’s why I’m pro-life; science tells us life begins at conception.”

A third time, a pro-abortion student stole the signs, and though they were temporarily retrieved, not long afterward they were stuffed into a trash can.

Yet, incredibly, it wasn’t the pro-abortion students who faced discipline. It was the pro-life group.

Yet the university now claims that the pro-life students violated the school handbook, and says the group’s status will be frozen — meaning they can no longer meet as an official group.

On college campuses across the country, this kind of pro-abortion extremism takes place frequently. At St. Louis University, a Catholic school, a pro-life display was destroyed while pro-life students were harassed, including by one student who swore, “I’ll f***ing keep killing babies.” At the University of Cincinnati, pro-abortion students compared preborn babies to feces. This kind of hostility will likely continue to take place, making it more difficult for pro-life students to stand up for their principles in unfriendly environments.