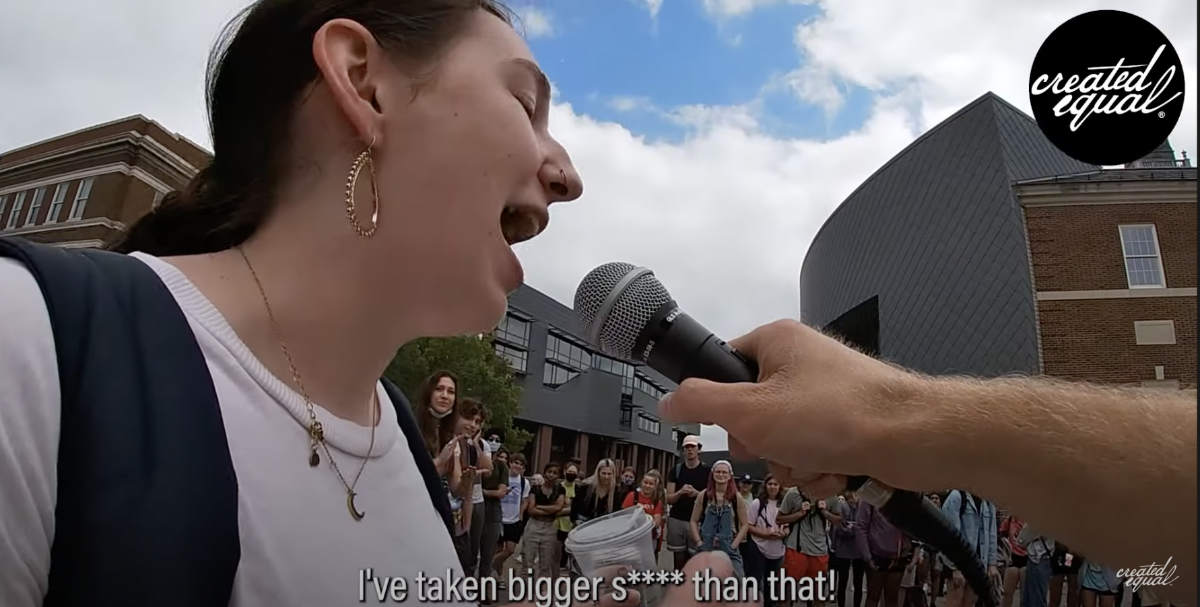 A group of University of Cincinnati students mocked victims of abortion and pro-life activists at an outreach event last year.

During the September 16 open mic event, the pro-life group Created Equal displayed photos that showed the reality of abortion and spoke with students about the injustice of abortion. Alongside them were students from St. Edmund Campion Academy, who passed out pro-life pamphlets and helped to start conversations, The News Record reported.

But soon after the start of the event, counter-protesters showed up to mock the preborn, as well as the pro-life activists. In a video, posted both to YouTube and Instagram, a line of students can be seen crowding around Created Equal’s Vice President Seth Drayer and other volunteers. While Drayer spoke to one student, a student counter-protester can be heard jeering, “I’ve taken bigger s***s than that!”

Drayer paused to clarify the student’s words. “I’m sorry, did you hear what was just said? This (point) is important to make because listen to this: behind here someone just said, ‘I have taken larger craps than that.’” To this, the crowd cheered, and again after Drayer made the point explicitly that they were cheering when comparing victims of injustice to excrement.

READ: If we fully realize everyone is created equal, both racism and abortion will cease

Drayer likened the analogy to the “Little Rock Nine” story in which a white girl named Hazel responded to the new Black students’ school integration by attacking a Black student named Elizabeth. “She was embarrassed because she was seen on newspapers with the crowd, hating the Black kids. Decades later, she apologized. They had a beautiful reconciliation,” Drayer said. “Today, today you’re with the crowd. But you don’t have to always be with the crowd. Think beyond. Be an independent thinker. Open your mind to injustice happening here.”

Later in the video, a female student declared that being a pro-life activist was “f***ing embarrassing” and that by showing the truth about the violence of abortion, Drayer was shaming rape victims and “making people feel bad about themselves.”

“You are ugly on the inside and on the outside!” the student shouted.

“F*** you!” she responded as a male student poured out one of the pro-life activist’s water bottles.

In the aftermath of the landmark Texas Heartbeat Act, and the much anticipated Supreme Court decision on Mississippi’s Gestational Age Act, supporters of legalized abortion have become more belligerent in their protest of pro-life speech on college campuses and elsewhere. Many pro-abortion students interviewed in The News Record who were at the event cited the Texas pro-life law as a motivating factor to protest the pro-life event.