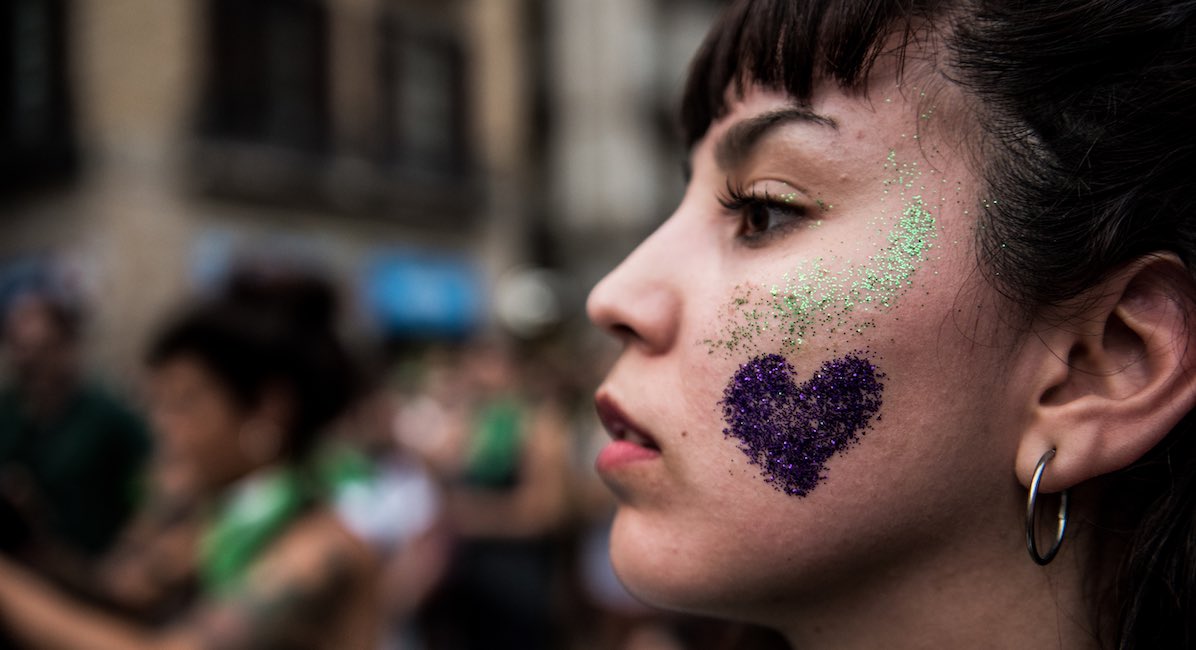 While we often hear the claim from abortion advocates, “No one likes abortion,” a new hashtag spreading across Twitter is proving that claim completely wrong. Activists are stepping forward to celebrate abortion using the #AbortionIsLove hashtag, discussing the ways they believe abortion is great for women, families, and the world.

Many Twitter users are arguing that abortion somehow shows love for children, families, communities, and even the preborn children who are killed in abortions. It should surprise no one that this argument is being made by numerous abortionists.

But does anyone truly believe that killing a preborn human being is a loving act? Is it loving for the preborn children killed, or for the siblings left to grieve once they learn the truth, or for the families left with a permanent hole in them? Is it loving for communities around the world?

Is abortion love for preborn children?

The most baffling argument of the #AbortionIsLove hashtag is that somehow, abortion is “dignified” for the children who are killed during the procedures. In no other circumstance would the violent death of a vulnerable human being at the hands of someone stronger be considered “dignified.” Yet that is what these abortion activists are, in essence, saying. Abortion involves subjecting a human being to horrific violence at a time when they almost certainly feel pain, according to the most recent research. A first trimester abortion shreds apart the body of a preborn baby with powerful suction. In a second trimester abortion, the abortionist must use a special tool to grasp on to the child’s arms and legs and tear them away from the child’s torso.

Is abortion love for siblings?

It’s incredibly common for abortion-minded women to already be parents, and in a way, it’s even more understandable; these are women who are, in many cases, already struggling to survive financially and provide for their children. An unexpected pregnancy leaves them terrified, thinking there is no way to provide for another child while taking care of their born children. Leaving aside the fact that there are resources to help these desperate mothers, does this make abortion under these circumstances an “act of love” for the surviving siblings? No.

Plenty of siblings have spoken out about the grief and devastation they feel upon learning they had a brother or sister who was aborted. They speak of missing their siblings, despite never having known them, or describe it as “a giant what-if.” Still others speak of a longing to have known their brother or sister. And on top of the grief, many siblings also echo the same thought: that had they been seen as an inconvenience the way their aborted sibling was, they wouldn’t be here today. Instead of knowing their parents love their children unconditionally, these siblings are being sent the horrifying message that they only were allowed to exist because they were conceived under the right circumstances.

Is abortion love for one’s community?

Over half of those who have an abortion have children. Those who seek abortion care do so with their families and communities in mind #abortionislove @prhdocs

The argument that abortion shows love to a community is another utterly baffling one to make. It’s hard to imagine how one can make the argument that a community is better off with fewer children being born, but this argument is reminiscent of a population control mindset, which is quite popular — particularly with wealthy westerners — across the globe. Meanwhile, birth rates are plummeting in many countries, with the United States reaching an all-time low last year, according to the CDC. Far from being a good thing, it has experts issuing dire warnings, as low birth rates cause populations to drastically decline over a relatively short period of time. A birth rate that is below replacement rate is not healthy for societies economically, or in any other way.

Is abortion love for women?

The most common argument people will make for abortion is that women know what is best for them, and we should respect their choice. But is abortion actually a force for good in women’s lives? Despite what some flawed studies may claim, abortion regret is common, and the psychological consequences and physical risks of abortion are well documented. But even aside from those immediate issues, abortion still does not show love to women or improve their lives, potential, or future.

The idea that abortion somehow improves a woman’s “potential” is grossly misogynistic, to begin with. One’s potential does not rise and fall depending on one’s ability to kill one’s children. And worse, abortion is a sign that our society has utterly failed women. It allows the status quo to continue, with women pressured and coerced into abortions by their parents, partners, and employers. It allows women to be told they must choose between their children and their future, with both educators and employers refusing to accommodate pregnant and parenting women.

Even abortionists acknowledge that abortion does not fix the problems that lead women to think they have no other choice. After all, when the procedure is done, nothing has changed, and why should it? As long as abortion is legal, there’s no impetus for anything to change. It’s far easier to tell a woman to kill her child and come back to work than it is to revamp a workplace to be more family-friendly.

Framing abortion as “loving” is as nonsensical as framing slavery as freedom, or war as peace. It’s long past time for the lies to stop, and for the truth to win out.