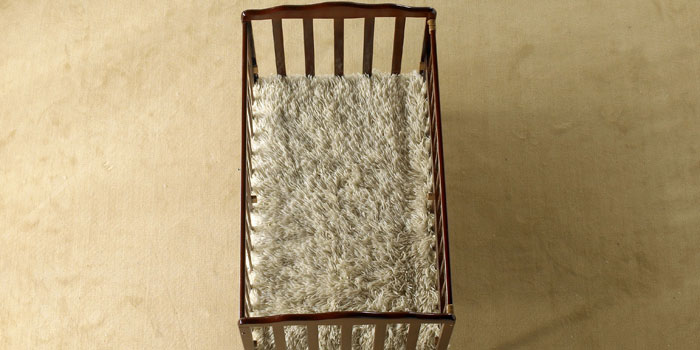 Since Roe v. Wade, more than 60 million preborn babies have died in abortions. These 60 million people were daughters, sons, grandchildren, and siblings. Mothers who are suffering after an abortion can find many resources, both religious and secular, to turn to for help. Increasingly, pro-life groups are also addressing the fathers who seek healing after an abortion decision. But there are very few resources for other family members, especially the siblings who lost a brother or sister to abortion. Yet there is a tremendous need.

Theresa Bonopartis, director of Lumina, a post-abortion ministry that is part of Good Counsel Homes, saw that need and sought to address it. Lumina offers post-abortion healing retreats for women through Entering Canaan Ministry, and for more than 15 years has also offered retreats for men. In 2010, Bonopartis worked with the Franciscan Friars of the Renewal to begin a retreat for siblings. She explained to Live Action News in an interview, “I knew abortion impacted siblings just by my personal experience of telling my own children about my abortion.”

Bonopartis had an abortion at 17, and when her sons, whom she had years after the abortion, were teenagers, she knew she needed to tell them. The experience was difficult but necessary. She explained:

So much of their life made sense to them after learning about my abortion, from the poor relationship I had with my dad who pressured me to abort, to me marrying someone like their father, who had a problem with drugs and alcohol. I did not think I deserved better, so their lives were impacted by my abortion.

Through her work in post-abortion healing, Bonopartis encountered other sibling survivors. Many of the women who attended Entering Canaan retreats after an abortion had also lost a sibling to abortion. Teens would call Bonopartis seeking help for their mothers who were suffering after an abortion, and they suffered from the trauma as well. Through these experiences, Bonopartis says, “I just became very aware of the damage [abortion] was doing to living siblings.”

For eight years, the unique sibling retreat has hosted people from across the US and Canada. Attendees have ranged in age from their late teens and adults of all ages. One woman in her 80s drove from Florida to Maryland to attend a retreat, because she was so excited to see that there was a ministry addressing this need. The experience of losing family members to abortion is never erased. As one adult survivor says decades after learning about the abortions, “I have not forgotten my siblings and I never will. I miss them although I never knew them.”

READ: Post-abortive father: After abortions, we are the parents of children who died

Another anonymous retreatant described her experience after hearing about the Entering Canaan sibling retreat: “I thought about my siblings deeply for the first time… ever. It hit me that had any of them been born, I would not have been ‘the eldest’ but the second youngest. The more I thought about it, the more I felt a certain identity crisis.” Such feelings are common for men and women who have lost one or more siblings to abortion. Many wonder if they would have a different name if their sibling had not been aborted or if they even would have been born. Some struggle with feelings of guilt for being alive while their sibling is not.

Often, as with Bonopartis’s sons, learning about the abortion brings clarity to their lives. One retreat attendee explained:

As a child, I can remember feeling like someone was missing from my family. During my teen years, I pushed those thoughts away because it seemed not true or possible. Six years ago, when I learned my mom had an abortion four years before I was born, suddenly everything that didn’t make sense to me came into focus.

The realization also comes with many complex emotions. Bonopartis elaborates, “Some of their parents do not even know they know. Some of them have a lot of questions but are afraid to ask. They feel alone.” The retreat is an opportunity to speak openly with other people who have a similar experiences and validate the feelings of guilt, anger, and sadness.

An important aspect of the retreat is that participants know they can share their experiences honestly and their parents will not be condemned. Bonopartis explains, “Many times, they do not address their own feelings because they see their parent hurting and do not want to inflict more pain, but this leaves them with nowhere to go with the things they are feeling. We hopefully give them that place.”

After the retreats, Bonopartis puts sibling survivors in touch with professional counseling when it is needed and keeps an open door. Many participants remain in contact and even visit each other. Bonopartis says, “It is a great sense of support for them, and we try to keep in touch with them as well.” Additionally, sibling survivors are finding hope and healing through social media, such as various Facebook groups.

For people who discover they have lost a sibling to abortion, Bonopartis says, “I think our main goal always is the truth. Their life has dignity and value in the eyes of God, just as much as their siblings. God created them and wants them to be whole. There is hope and healing. You are not alone; there are millions of siblings out there.” She encourages siblings to attend the Entering Canaan Retreat, which will be June 29-July 1, 2018. Scholarships are available to assist with the cost of the retreat and travel. Learn more at the Entering Canaan website.