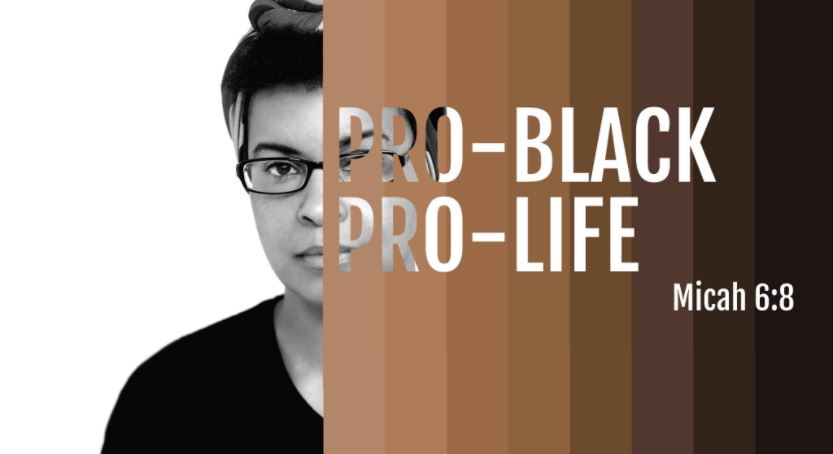 For Cherilyn Holloway, founder of the organization Pro-Black Pro-Life, ending abortion begins with removing the reasons that society sees abortion as necessary. It also means supporting life from conception to natural death, and that has led her to create her own path in the pro-life movement.

Holloway was just 15 years old when she sought her first abortion. Like countless women and girls, she felt she had no other choice. Years later, as a young mother, she was going through a divorce when she had a second abortion, again because she felt it was her only choice. When she learned that a pro-life pregnancy center had been there in her hometown all of those years, she wondered why no one around her seemed to know about the services the center provided.

What she also didn’t know was that she would soon become the executive director of that pregnancy center, coming full circle from the young girl in the abortion clinic to the woman helping others to avoid that same fate.

Holloway grew up in Oberlin, Ohio, a small liberal town that is home to the first college to admit Black students and which has ties to the Underground Railroad. Holloway was raised to stand against injustice. But she says that desire for justice met her pro-life views “in a really odd place.”

Black women account for 34% of the abortions in the United States, while the Black community makes up just 13% of the population. It is a heartbreaking statistic, in its own right, but other issues such as a high infant mortality rate in the first year of life for Black babies and a high maternal mortality rate for Black women were also of great concern to Holloway.

“It put me in a divided place,” she explained. “Because I wanted to speak life into my community but I knew that the life issue in my community was so broad that I couldn’t just come from one angle and I didn’t want to because it all mattered. I was able to have these conversations. […] I would go to the barbershop and I would have a conversation with all the men in there getting a haircut about racism and the Black community and about how it’s affecting them, how it affected them in the past. And then I’d bring up these numbers about abortion and their eyes would be like saucers and their mouths would drop.”

Holloway believes the only time the average person thinks about abortion is during election season unless an unplanned pregnancy directly affects their lives. By first discussing the issues that are affecting them, Holloway says she is able to validate those concerns and then show others how those same concerns should exist surround abortion.

“In order for me to be able to continue to engage my community on this topic, I had to be willing to go places and just to talk about it in a place that people may see as strange or uncomfortable, but I connected with them on a completely different level on something else that had to do with their life,” said Holloway. “If someone believes that there is a weight in their life — a target on their back — and you don’t address that when entering the conversation, then you’ve already lost them.”

Holloway knew that God was leading her to do something different in the pro-life movement, and when George Floyd was murdered, she heard God tell her it was time. She left her role at the pregnancy center in 2019 and launched Pro-Black Pro-Life with the goal of inspiring her community to begin to view being pro-life as a mindset.

“So many people could 100% see why abortion could or would be genocide in the Black community, but what they weren’t willing to do was to proclaim themselves being pro-life because then that meant they were all these other things — Evangelical Christians, Republicans, Trump supporters. It categorized them in a place that they didn’t relate to. ‘Pro-lifers are this and I’m not that.’ To be pro-life was a position, not a mindset.” 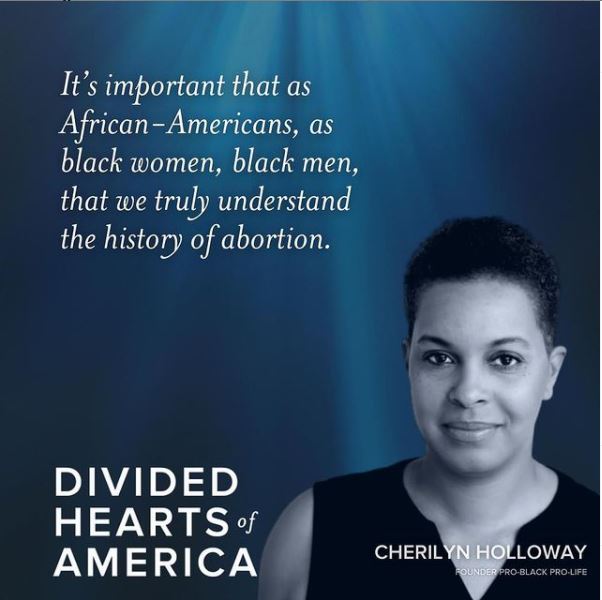 Holloway believes it isn’t about either/or. She cares about abortion, but she also cares about people being killed on the street, police brutality, the Black infant mortality rate, and other inequities in the health care system. She believes all of these issues can and should be addressed.

“A Black woman who could have a Master’s Degree. She could make $90,000 a year. Her husband could make $90,000 a year. They could live in the best neighborhood. She is at the same exact risk for [her baby dying in the first year] as a woman living in poverty,” said Holloway. “That blows my mind. If this woman chooses life and she brings this child into the world, this child could die solely because his mom is Black.”

Pro-Black Pro-Life offers training to organizations including pregnancy centers and pro-life groups of color to help them expand their reach and influence. Holloway says her heart is with pregnancy centers because they do so much of the work helping women and babies, but pregnancy centers can’t always do it all on their own.

“It begins with a partnership,” she explained. Those partnerships can be built with organizations that aren’t necessarily anti-abortion, but that exist to serve families. This could include those that help families pay their electric bill or find affordable housing or food. By partnering with these groups, pregnancy centers can extend their reach and have these organizations refer women to them as well. By helping to meet as many of a woman’s needs as possible, the false idea that abortion is “necessary” disappears.

Pro-Black Pro-Life also helps pro-life groups of color communicate the topic of abortion more effectively with friends and family. It’s about learning how to have an open dialogue and let people know that there is a place for them and their feelings and thoughts. 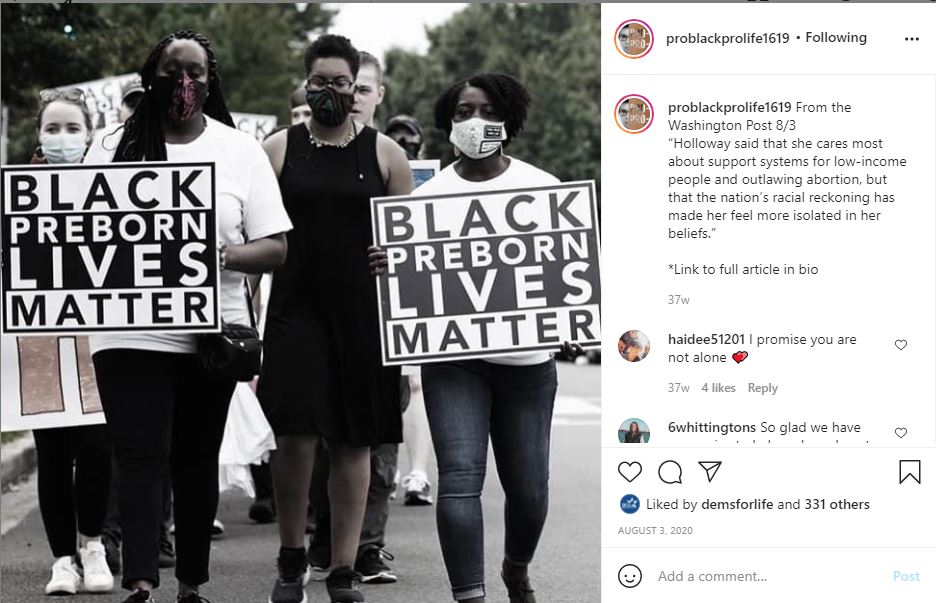 “If someone comes to me talking to me about abortion, it’s not on my mind, it’s not on my radar. I have all these other issues I’m dealing with, right?” Holloway explained about the general population. “And so I’m immediately gonna be defensive — like, ‘Why are you telling me this? I’m not pregnant!'”

Abortion is largely seen by society as a ‘solution’ to socioeconomic problems. According to one study, 73% of women who have sought post-abortion care say they felt pressured to have an abortion either by their parents, partner, or current life situation, including finances — which means abortion is less about what a woman wants and more about what she thinks she needs.

Hollway says if a woman learns she is pregnant as she is about to enter medical school and there is no housing or childcare available to her on campus, and the father doesn’t want anything to do with the baby, she may feel that abortion is necessary — and as long as that is her perception and society’s perception, abortion will not end.

Working to first ensure resources exist, second to ensure women know about those resources, and finally to ensure women can access them will go a long way. A big concern is that even when resources are available, women — like Holloway when she had her two abortions — aren’t aware of them. For this reason, Holloway also works with Choose Life Marketing to help raise awareness of these programs.

“[Society is] saying that women should have a choice […] but if these women are making these choices because they feel like they don’t have any other choice then there’s something in the environment, in the economic system that’s not supporting motherhood,” said Holloway. “Abortion is a Band-Aid and we need to figure out how these women got wounded and why they’re bleeding. That will solve the issue of abortion.”

Holloway believes that real assistance must be made accessible to women if abortion is made illegal. Because abortion is a largely economic issue, Holloway is working to find a way to inspire women to start fighting for what they need as mothers — such as childcare in the workplace, and maternity and family housing on college campuses. Right now, women are being told they can’t have careers or earn degrees and be mothers. They believe it has to be one or the other. Holloway knows it can be both.

“These are the issues that I feel like would make abortion unnecessary,” said Holloway. “The end goal is that our country  [will think] abortion is unthinkable, that it’s something that we would never do. We value women and motherhood so much that we create a culture, we create an environment, and we create an economical structure that support motherhood.”