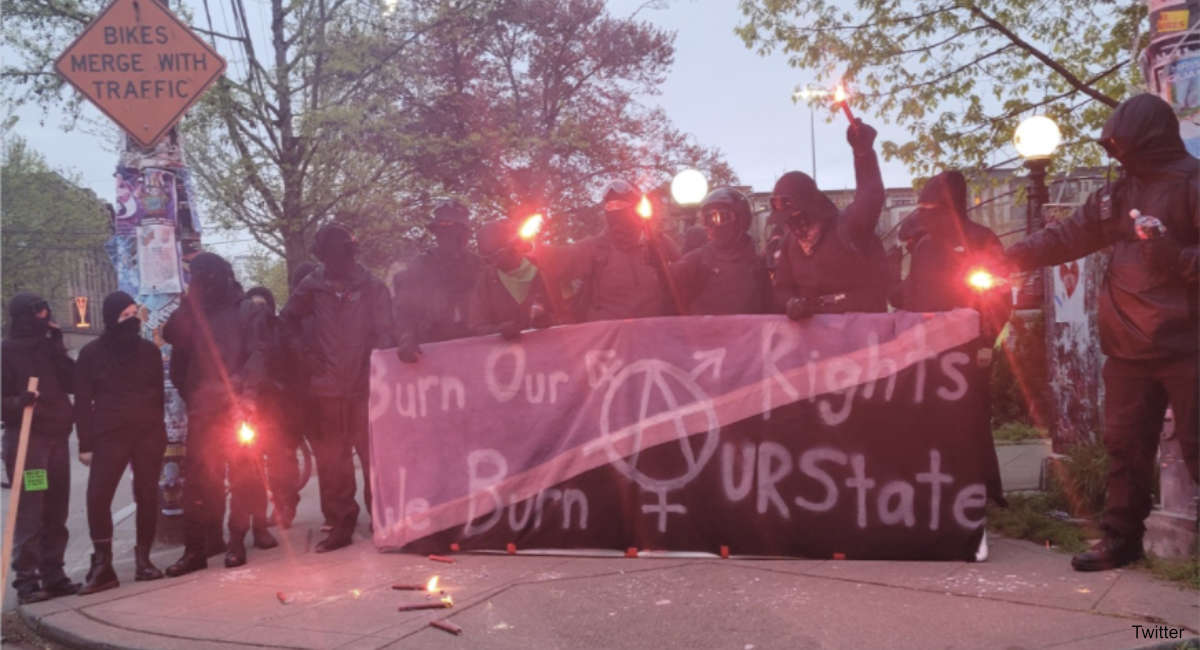 Pro-abortion protestors have resorted to violence and intimidation tactics in the wake of the Dobbs v Jackson Women’s Health Supreme Court draft opinion leak. The opinion, if finalized, would overturn Roe v Wade, leaving abortion legislation to be determined by individual states.

Enraged abortion supporters rioted in cities across the west coast, including Los Angeles, where protestors threw rocks and bottles at police, Portland, and Seattle, where Antifa protestors carried a sign that read, “Burn our rights, we burn ur state.” 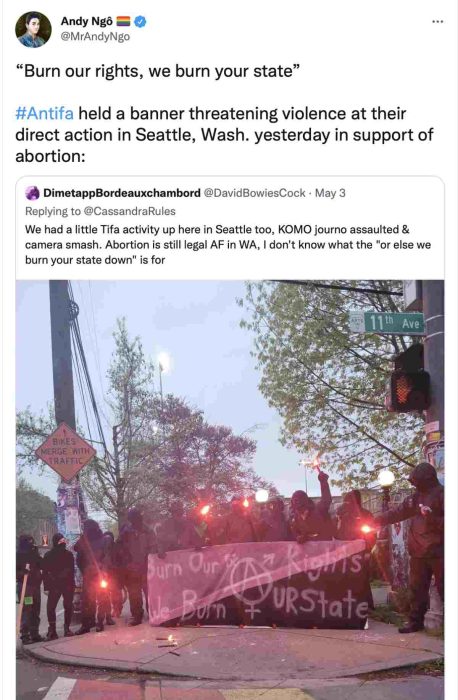 Rioters have broken windows and started fires, spray-painted graffiti, and attacked journalists over the course of the last few days. Pro-abortion protestors have also assaulted pro-lifers outside of the Supreme Court. Businesses were vandalized at a Portland State University protest; one man was arrested for reckless burning and disorderly conduct. Sacred Heart of Mary Catholic church in Boulder, CO, was heavily spray painted with pro-abortion slogans, as this video shows. The pro-abortion group Ruth Sent Us has similarly called for abortion activists to storm Catholic churches during Mass this Sunday, May 8th: 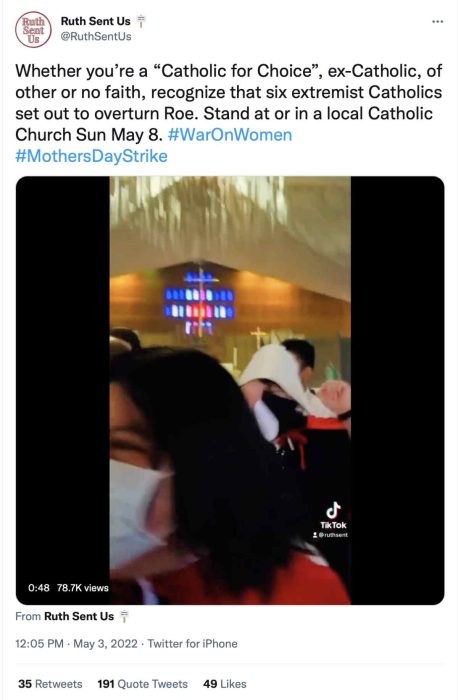 Earlier this week, the same group published the locations of Supreme Court justices’ homes, where they encouraged people to protest.

A Pregnancy Resource Center in Portland was also targeted by pro-abortion activists – its windows were smashed and vandals graffitied “F*** CPCs” on the exterior of the building after an abortion supporter insinuated in a tweet that Portland-area pregnancy centers should be targeted.

In a press release about the pro-abortion violence, and specifically the assault against the pregnancy center, Live Action President Lila Rose said, “This appears to be an act of domestic terrorism. Anti-life activists don’t want pregnant women to have options. They want to scare not only pro-life workers but women seeking alternatives to abortion and support for their babies. They are also trying to intimidate us – all pro-life people. Don’t let them win.”

She added, “There are also reports of houses of worship being targeted. We won’t stand down. Our peaceful, loving movement will continue to help women and families in need, educate them about the violence of abortion, advocate for pro-life laws, and stand for life. Please pray for the safety of all pregnancy resource center workers, volunteers, and patients.”