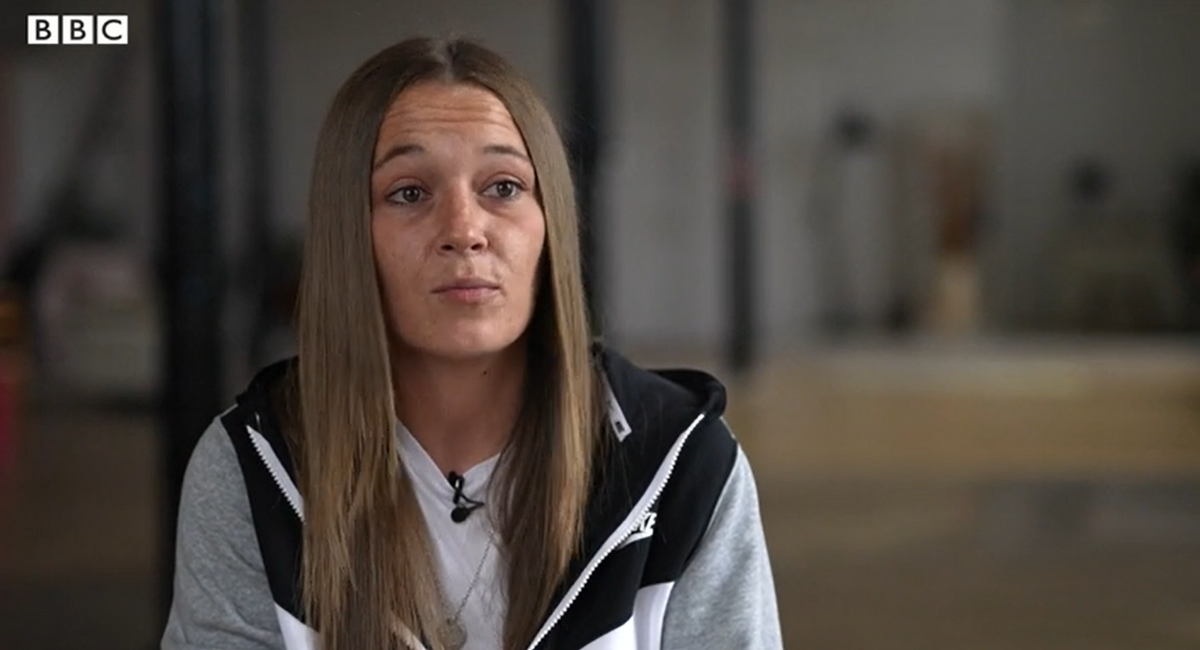 A woman who was an inmate at HMP Styal in the United Kingdom is speaking out after delivering a stillborn baby on the toilet in prison. Prison guards reportedly ignored her pleas for help as she cried in pain.

Louise Powell was serving an eight-month sentence in March of 2020 and didn’t realize she was pregnant. But Powell had gone without a period for at least four months, without being afforded medical attention to examine the issue. And on June 18th, Powell began experiencing extreme pain. A female prison officer told her she looked pregnant, but then left her alone in the cell.

Powell said she was bent over, crying from the pain, and got a prison officer’s attention, telling them she needed an ambulance because she was dying. The guards reportedly told her to go lie down. A few hours later, her cellmate pressed the emergency bell, as Powell’s baby began to be born on the cell toilet. Her daughter, who she named Brooke, was breech and was premature, somewhere between 27 and 31 weeks. Powell went into shock and had to be given oxygen, while a prison nurse helped to complete the delivery.

Powell claims that no one tried to revive her daughter. By the time paramedics arrived, it was too late. “I don’t blame anyone for not knowing I was pregnant… but nobody came to look at me,” she told the BBC. “I feel like a lot more could have been done.”

According to Derbyshire Live, prison staff tried to get help from the nurse for three hours, but the nurse “concluded incorrectly that she was bleeding and suffering severe stomach pain as a result of a painful period.”

In a statement to BBC Newsnight, Powell said she still wants justice for her daughter. “The pain of Brooke’s death will never leave me. I cannot forgive the prison for leaving me when I was calling for help and I felt like I was dying,” she said. “I was having a medical emergency and should have been urgently helped —instead I was left. I want justice for Brooke so no other woman has to go through this horror in prison.”

Jane Ryan, Powell’s lawyer, also told the BBC that though Brooke was premature, she was otherwise healthy. “Evidence shows [that] had Louise been properly assessed… then Brooke could have survived,” she said. “That’s devastating for Louise and also a matter of public concern that yet again this has happened.”

Despite statements from prison officials admitting to the tragedy, it’s not the first time such a thing has happened. Derbyshire Live reported that another inmate, a teenage girl, likewise lost her baby after giving birth alone in a cell at HMP Bronzfield in Middlesex. Like Powell, the girl repeatedly asked for help.

Similar instances of mistreatment have also taken place in the United States. One former inmate in South Carolina was awarded $1 million when one of her twin babies died after being born prematurely in a prison toilet. Though the woman begged for help, prison staff said she merely had “stretching ligaments,” and left her alone. Even after delivering her first child in a common area toilet, staff still didn’t help her; other inmates helped her get into a wheelchair and took her to the medical station, where she delivered her second baby.

Her first child died, and could have survived had it not been for the callous behavior of prison staff, who, according to the New York Daily News, “allegedly waited for EMS to arrive before checking on the first baby, removing it from the toilet and placing it in a biohazard bag to give to EMS.”

Another inmate, in a Denver prison, gave birth in her prison cell alone while screaming for help. Deputies and nurses allegedly knew she was in labor, but didn’t call for help, and only gave her an absorbent pad to lie on. Someone even opened her cell door to watch as she screamed, but didn’t call for an ambulance until after the baby was delivered.

A prison inmate is still a human being, and these instances show how they were all callously stripped of their humanity. All people are deserving of basic medical care, regardless of their circumstances. And in these cases, this callous disregard for a person’s well-being led to inexcusable deaths.