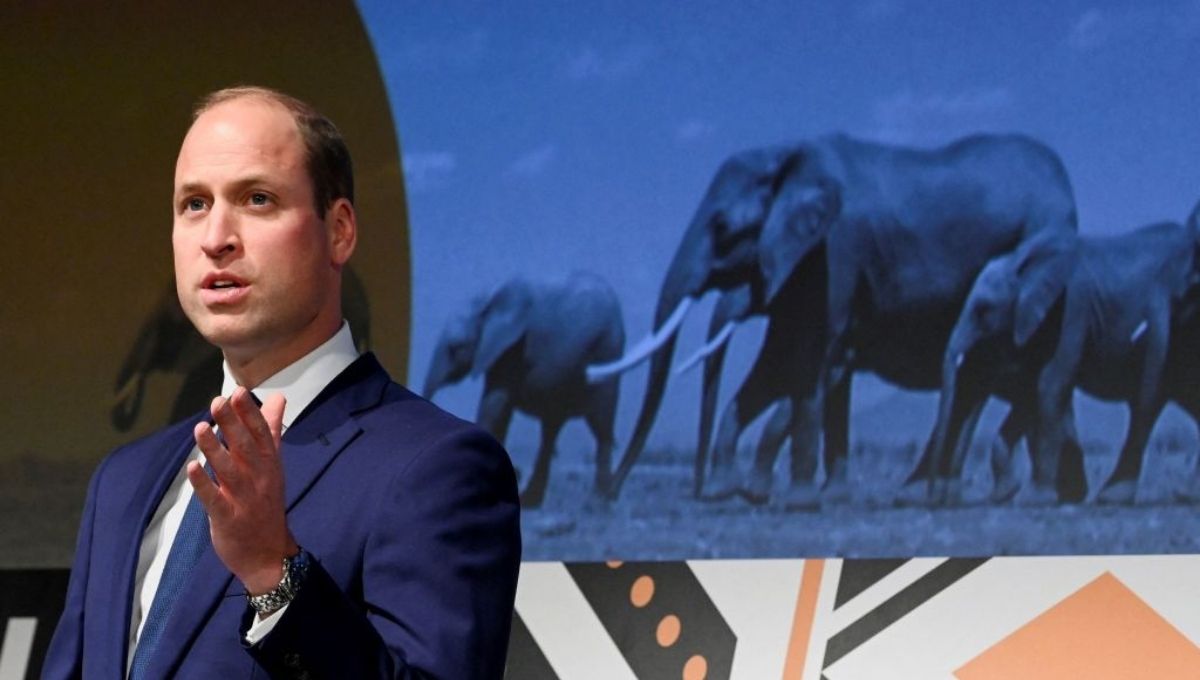 Prince William has spoken out about the loss of wildlife in Africa, blaming the human population of the continent and stating that Africans are creating a “challenge for conservationists.”

The royal attended the annual Tusk Conservation Awards at the BFI Southbank in London this week, in a ceremony launched by Prince William himself in 2013. They are linked with the Tusk Trust, a non-profit organization dedicated to wildlife conservation in Africa, and of which Prince William is a Royal Patron. During the awards, Prince William created controversy when he blamed Africa’s growing population for threats to wildlife.

“The increasing pressure on Africa’s wildlife and wild spaces as a result of human population presents a huge challenge for conservationists, as it does the world over,” he claimed, adding, “Africa’s extraordinarily rich biodiversity has the ability to sequester vast amounts of carbon. But this is only possible if these landscapes remain truly intact and are protected as functioning ecosystems.”

Many criticized Prince William for suggesting that people living in Africa — where many of the nations are considered developing countries and consist of mostly Black citizens — should be having fewer children. Meanwhile, he himself has happily welcomed three children of his own even though the UK imposed a two-child benefit limit on its citizens.

Robin Maynard, the director of the Tusk Trust, made the offensive claim that African women need more access to contraception to stop having children. She said:

The UK has the unfortunate distinction of being one of the most nature-depleted countries in the world. The most effective action we can take to cut our consumption is to choose smaller families, a choice not available to hundreds of millions of women elsewhere.

The number of women with an unmet need for safe, modern contraception across sub-Saharan Africa is rising, representing a quarter of a century of failure by the international institutions supposedly addressing this basic human right and making the UK government’s slashing of overseas aid to family planning even more deplorable.

Empowering women with access to and choice of contraception is crucial to reducing poverty, enabling development and giving more space to nature.

Obianuju Ekeocha, a biomedical scientist and founder of Culture of Life Africa, has long argued against the notion of wealthy Western countries trying to force birth control and abortion onto African women as a “cure” for poverty. To Ekeocha, this is nothing short of cultural colonization. “They need to go back to the integral care of the person, where they were thinking of the Africans not as people who they can colonize culturally and impose their new views and values on them, but as a people who have their own views and values,” she explained in a previous interview. “What Africans want more than anything is for women to give birth safely… in a lot of these countries they can’t even get the most basic health care.”

Ekeocha has argued that most people in Africa are pro-life, and don’t want contraception and abortion forced upon them — but Western organizations, like the Tusk Trust, value their own agendas over African autonomy.

“Well, you’re saying ‘should’,” Ekeocha said of the claim that African women need access to contraceptives, during a BBC interview. “But who are you to decide, if you don’t mind me saying? The thing is, there isn’t a popular demand, ma’am. There isn’t a popular demand. If you go to Africa, what people are asking for every day — because I was born in Africa, I was raised in Africa, I continue to go to Africa many times a year — you just speak to any ordinary woman, and I think contraception might be the tenth thing she says, if that… [t]hat’s kind of a Western solution, isn’t it? If you speak to the ordinary woman on the streets of Africa, what is she asking for? She’s asking for food. She’s asking for water. She’s asking for basic health care. And contraception continues to be about the last thing she would ever think of.”

Further adding to the senseless argument from Prince William and other wealthy Western leaders is that the need for population control is a myth. Not only is overpopulation not a problem, but the world is actually experiencing the opposite issue — an imminent population decline.

According to the Population Research Institute, the United Nations Population Division has estimated that the world’s population will peak shortly, only to begin rapidly decreasing. This seems accurate, as overall, the global total fertility rate is falling, with fewer people being born and an aging global population. This means the population of the planet will decrease as more people die than are born, with countries across the planet already experiencing a “baby bust.” This includes the United States, where the fertility rate is the lowest it has been in 30 years. Such a decline could lead to economic disaster.

Along with Prince William, others have made it clear that they want Africans to stop having children. Melinda Gates has pledged hundreds of millions of dollars to prevent babies from being born in Africa, while Marie Stopes International (now MSI Reproductive Choices) has been caught giving children in Africa long-term birth control without obtaining parental consent first. Numerous European politicians have argued that too many births in Africa will negatively impact Europe.

What spurs these African population control efforts is far more likely to be racism and eugenics than true concern for the planet.