As young college student, Lisa Ewers could never have imagined that a one-night liaison with a casual acquaintance she met at work would result in an unplanned pregnancy. Scared and shocked, she was fearful of telling her devout Catholic parents. Desperate, she turned to the young man for help, but he instead offered words of condemnation and shame.

“When I called him about the pregnancy, I broke down crying,” Ewers told Live Action News. “He told me that if I went through with the pregnancy, he would want nothing to do with me or the baby and would refuse to pay child support. He painted a picture of me being forced to drop out of college, subject to a life of abyssal ruin. He claimed my parents would be so disappointed in me and that I could lose their love and support.”

Frightened at the prospect of a bleak future, Ewers called Planned Parenthood to schedule the abortion. A few days preceding her appointment, a family friend who worked as a Catholic women’s retreat director unexpectedly called.

“This woman, who was like a second mom to me, wanted to know what was going on in my life,” Ewers said. “She said God had put on her heart to call me, that I was facing something heavy. I lied, telling her I was just frustrated with school and work. I couldn’t let on what I had decided to do.” 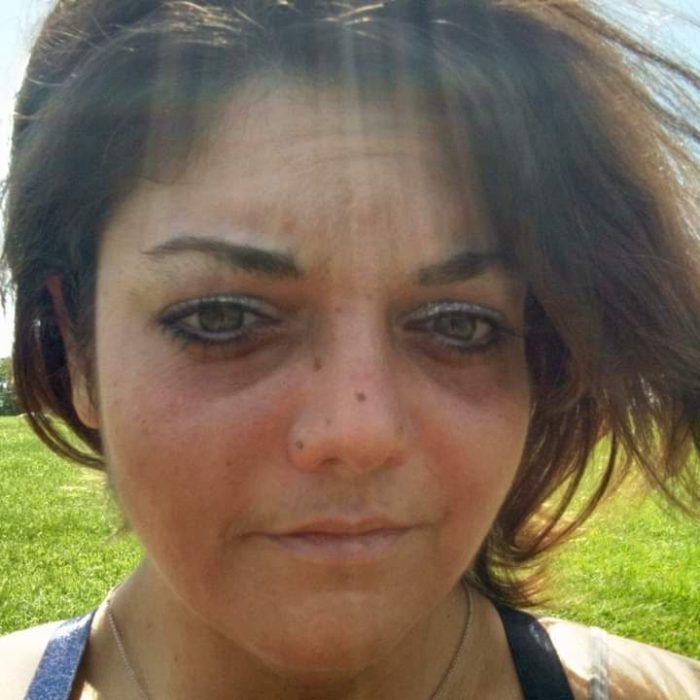 After the abortion, Ewers struggled with self-blame, berating herself for not being strong enough to fight for her baby and stand up for herself. She agonized over her failure to be honest with her parents, and for allowing fear to become a stranglehold over her life. The weekend after the abortion, she unexpectedly encountered the man whose uncaring attitude facilitated her decision to end her pregnancy.

“I took my friend to where my Civil War Reenactment unit was camped out to meet the crew and as we were walking around the area, the guy who had gotten me pregnant walked by,” she recalled. “When he noticed me, he just smirked like he was trying not to laugh. I panicked when he tried to talk to me and walked quickly away.”

READ: Why Maya Hawke’s gratitude for a sibling’s death by abortion is unsettling

But he was persistent and convinced Evers to go for a walk with him to “talk things over.”

“All I could do was cry and tell him I wanted my baby back, and how much I hated him for making me have an abortion,” she said. “In retrospect, I was angry at myself for allowing him to make a crucial decision for me that had caused so much suffering.”

A confessional meeting leads to forgiveness and healing

Hoping to ease her anguish, Ewers went to confession and told the priest what she had done, wondering if she would be excommunicated from the church. To her surprise, the priest responded with compassion, showing concern about how she was working through her pain.

“As I cried a river, he told me God had forgiven me and that He held my baby in His loving arms,” she said. “He advised I get counseling to start the healing process, and mentioned Rachel’s Vineyard. He said one of the pastors associated with Rachel’s Vineyard hosts retreats through our diocese. He directed me to the website for more information.”

At a diocese retreat a month later, Ewers came clean with her mother’s friend who had called her prior to her abortion. The woman stood with Ewers in support as she told her mother about the abortion.

“She was devastated I hadn’t opened up to her,” Ewers said. “She told me that she and my dad would have supported me and the baby, and helped me finish college and get a good job.”

Together, Ewers and her mother attended a Rachel’s Vineyard retreat, where she learned that only through forgiveness can the bonds of guilt and shame be broken. She felt compelled to write a heartfelt letter to the man with whom she shared a painful history. For Ewers, it was a necessary step in the healing process.

“He eventually called me and said he showed my letter to a friend who was a minister,” she said. “He wanted a way to repent and apologized for what he had done. He seemed sincere in his regret and accepting his apology finally set me free, allowing me to move on.”

A transformed life filled with blessings

Ewers eventually graduated with an associate degree in Early Childhood Education, and was accepted to Franciscan University of Steubenville in Ohio, where she attended pro-life conferences featuring people who had worked in the abortion industry. For Ewers, who attended her first March for Life in Washington, D.C., shortly thereafter, it was another step forward in a long and arduous journey of self-forgiveness.

“I was astounded to see people from different walks of life and religions come together to fight for the preborn,” Ewers said. “There was just so much love and acceptance, no judgement.”

READ: Women describe their trauma after taking the abortion pill

Years later, Ewers again became pregnant while dating her now-husband after struggling with infertility. But this time, she pushed through the fear of uncertainty and chose life for her son, not knowing whether she would marry his father. For a while, she struggled financially, but received help through government assistance, faith-based non-profit organizations, and her diocese. Today, her son Michael is an energetic three-year-old and she relishes motherhood. Her life today is filled with unexpected blessings.

While Ewers suffered from years of depression, anxiety, and infertility following her abortion, she eventually realized God had been walking alongside her during that time. She wants to be a beacon for other women facing similar circumstances.

“I want women to know that it’s okay to be scared — but know there are resources and pregnancy support centers that can help; you never have to walk alone,” she said. “Your child deserves a chance at life. Abortion destroys lives and should never be an option. Women deserve better than abortion.”