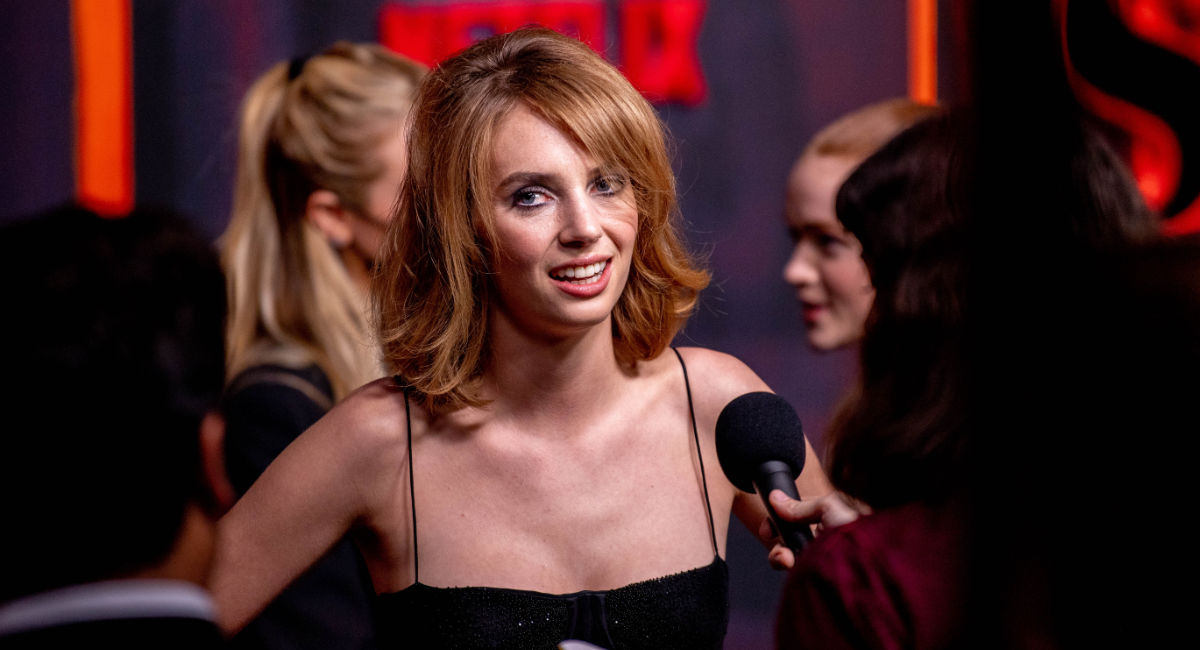 Actress Maya Hawke of “Stranger Things” fame, daughter of actress Uma Thurman and actor Ethan Hawke, told Jimmy Fallon on The Tonight Show in July that if it weren’t for her mother’s previous abortion, “I wouldn’t exist.” It’s a sentiment that, once examined, exposes the true horror of what an abortion is and how callous it is to celebrate it.

“My mom wrote this really beautiful essay about her abortion that she got when she was really young, and about how if she hadn’t had it, she wouldn’t have become the person that she’d become, and I wouldn’t exist, and how both of my parents’ lives would’ve been totally derailed if she hadn’t had access to safe and legal health care — fundamental health care,” explained Hawke, after discussing that Fallon had held her when she was a baby.

But Hawke’s mother, when she spoke of her own abortion, painted it as something she didn’t truly want. Having been raped at age 16 by a man 20 years her senior, Thurman said, “I wanted to keep the baby, but how?” When she called home for help, her parents did not encourage her toward motherhood.

“My childish fantasy of motherhood was soundly corrected as I weighed answers to their very precise questions,” Thurman wrote in the Washington Post. “I was just starting out in my career and didn’t have the means to provide a stable home, even for myself. We decided as a family that I couldn’t go through with the pregnancy, and agreed that termination was the right choice. My heart was broken nonetheless.”

Sadly, Hawke isn’t the first person — or celebrity — to express a level of gratitude that her sibling was killed in an abortion. Actor Mark Ruffalo has been publicly celebrating his mother’s abortion for nearly a decade.

Each time a person shows gratitude for a sibling’s death by abortion, they are justifying a deliberate act of killing (homicide) that occurred in that abortion because it allowed them to be born, or it is believed to have helped that person’s mother in a difficult situation.

Reframed, these celebratory sentiments take on an entirely different (and horrifying) form.

Replace ‘abortion’ with ‘cancer’ or ‘a car accident’ and imagine a person publicly saying they are grateful their older sibling died because it was the catalyst for their eventual existence, or that it allowed their parents to focus all of their money and attention on them rather than on the child who had died.

It’s odd and shocking to imagine anyone saying they are grateful their sibling tragically died because it meant they could live… or live differently. Whether or not Hawke or Ruffalo would have ever been conceived had their siblings not been aborted does not justify the brutal act of abortion — the homicide of an undelivered child — that was carried out against that child.

Killing one child is not somehow justified because another child was eventually born into that family.

Countless surviving siblings of children lost to abortion have expressed the deep pain they felt when they learned a sibling had died by their mother’s choice. These individuals feel survivor’s guilt, grief, and a longing to have known their sibling. One survivor sibling wrote, “Suddenly I found myself thinking about my little brother! I became disoriented and lost control of the car for a moment as I burst into tears having lost him. I was astounded by my reaction, but I couldn’t shake the sadness and longing to have known him.”

But if individuals like Hawke and Ruffalo ever allow their minds to delve deeply into the idea that they have a dead sibling, or what’s really happening during an abortion, they would learn that what’s really happening isn’t “fundamental health care” but the intentional killing of innocent children for another person’s perceived benefit. While the desire to defend one’s own deeply-loved mother is understandable, excusing the act of killing doesn’t bring healing to anyone.

Without the right to life, there can be no other rights. “Becoming the person you are” is a platitude that seems to ring hollow when it comes at the expense of another person’s inherent rights… and costs them their very life.

Editor’s Note: This article has been updated since publication to add remarks made by Uma Thurman.