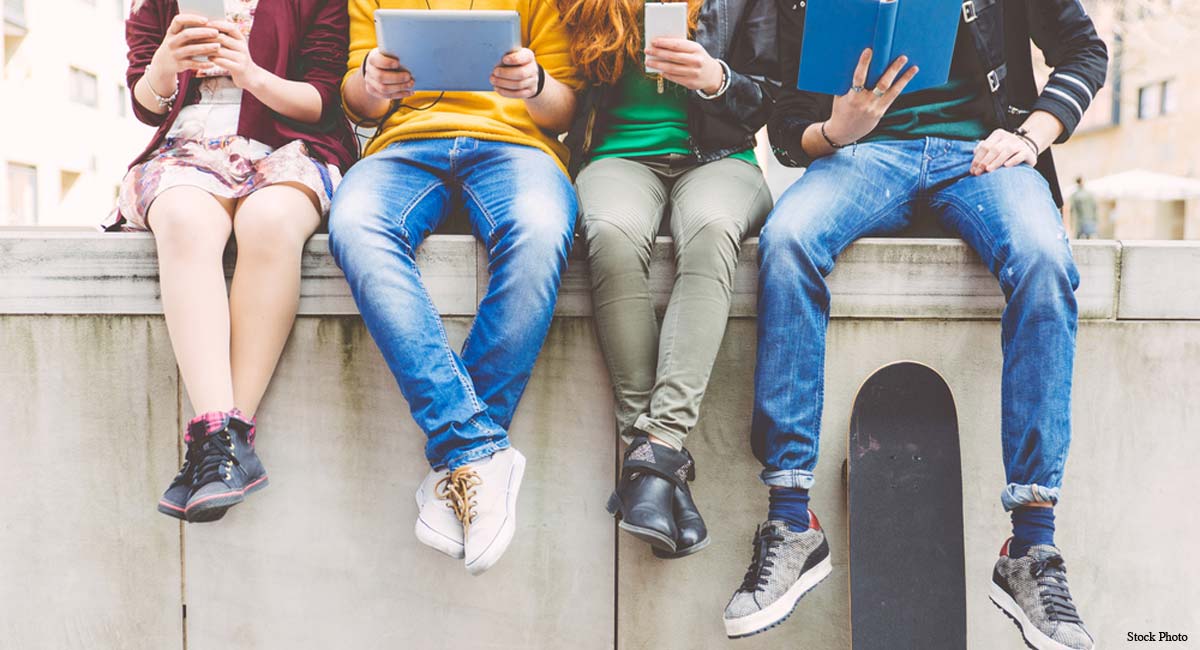 In August, the Centers for Disease Contol released findings that show a dramatic and sustained increase in STDs in the United States over recent years. From 2013 to 2017, gonorrhea cases increased 67 percent, and primary and secondary syphilis diagnoses increased 76 percent. Chlamydia cases increased by 22 percent and remained the most common STD with more than 1.7 million people diagnosed in 2017. Nearly half of those cases were among 15- to 24-year-old females. The number of STDs diagnosed in 2017 set a new record, beating the previous record set in 2016 by more than 200,000.

“We are sliding backward,” said Jonathan Mermin, M.D., M.P.H, director of CDC’s National Center for HIV/AIDS, Viral Hepatitis, STD, and TB Prevention. “It is evident the systems that identify, treat, and ultimately prevent STDs are strained to near-breaking point.” 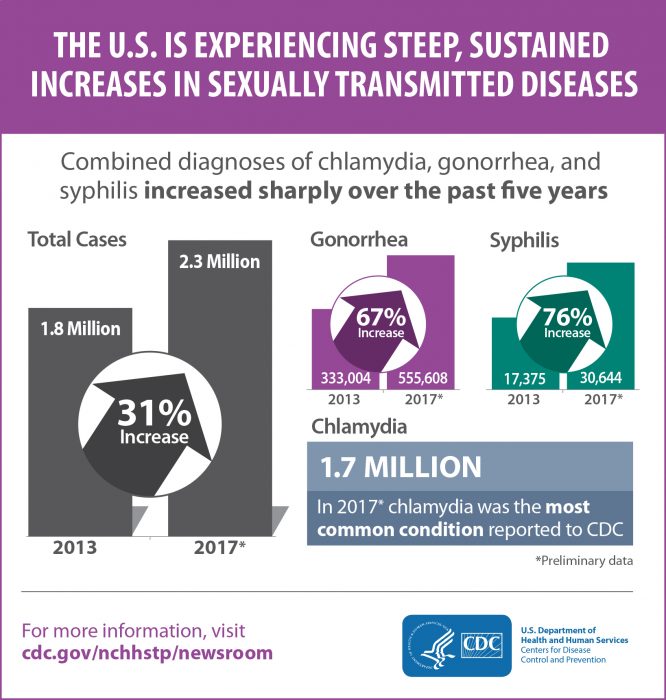 STD rates have skyrocketed in the United States according to findings by the Centers for Disease Control.

But are the systems that identify, treat, and prevent STDs strained or are they just failing miserably because they push “safe” sex rather than abstinence? Casual sex can never be safe. There is always a risk. Teenagers live in the here and now with the mindset of “it won’t happen to me.” They take risks — which makes risky behavior even riskier. Groups like Planned Parenthood take advantage of that.

Many people are unaware they have an STD until it is too late and they have unknowingly spread the diseases to others. As they move from partner to partner, so do the diseases. While these STDs are currently all treatable, antibiotic-resistant gonorrhea has surfaced internationally, and in the U.S. gonorrhea has become resistant to every class of antibiotics except one. Because of this, the U.S. may soon be facing a crisis of untreatable gonorrhea.

“We expect gonorrhea will eventually wear down our last highly effective antibiotic, and additional treatment options are urgently needed,” said Gail Bolan, M.D., director of CDC’s Division of STD Prevention. “We can’t let our defenses down – we must continue reinforcing efforts to rapidly detect and prevent resistance as long as possible.”

However, as Rob Stephenson, professor and director of the Center for Sexuality and Health Disparities, noted during the National STD Prevention Conference, we need to “switch the dial on this in people’s minds to think more about prevention rather than a too-late curative response.” We shouldn’t be as focused on detecting as we should be on preventing — and the absolute best prevention comes solely from abstinence from all forms of sexual contact.

Yet, Planned Parenthood, which bills itself as a healthcare organization, continues to receive taxpayer dollars to promote casual sex through their sex ed programs and marketing campaigns, regardless of the fact that STDs are rapidly increasing under their watch. They aren’t focused on true prevention, and as a result, Planned Parenthood has helped cause this major increase in STDs by pushing sex on our children through sex ed programs in schools and through marketing tactics that make sex out to be nothing more than a game.

Their marketing campaigns promote that same idea of “safe” casual sex and make it all sound like a risk-free and fun game. Planned Parenthood NYC’s Freedom to F*ck campaign asks New Yorkers to donate to Planned Parenthood so that they can “protect our right to safely f*ck whoever the f*ck we want.” With an attitude like that, it’s no wonder STDs are skyrocketing. Sex isn’t a game and casual sex obviously isn’t as safe as Planned Parenthood wants young people to believe.

It’s clear that Planned Parenthood’s supposed mission to prevent STDs with so-called safe sex is failing because casual sex can never truly be safe. With each new sexual partner comes a new risk and exposure to an unknown number of that person’s previous partners. In order to slow and hopefully stop the spread of STDs, young people need to stop engaging in casual sex. So if Planned Parenthood cares as much as it claims to, why doesn’t it promote abstinence or even monogamous, “relationship-only” sex? Why the push to normalize casual sex? Quite simply, it’s because that’s how they make their money, and the government even supplies them with a giant $500 million chunk of it every single year — straight from taxpayers’ wallets.

Abstinence is what will protect our children and end the rising STD trend, but it won’t make Planned Parenthood any money. So as the number of STDs continues to rise, we can expect more of the same from Planned Parenthood. They will continue to fail our children by coaching them to believe casual sex is normal, fun, and safe — and then they will be there to collect the money when the walls come crashing down on our children.